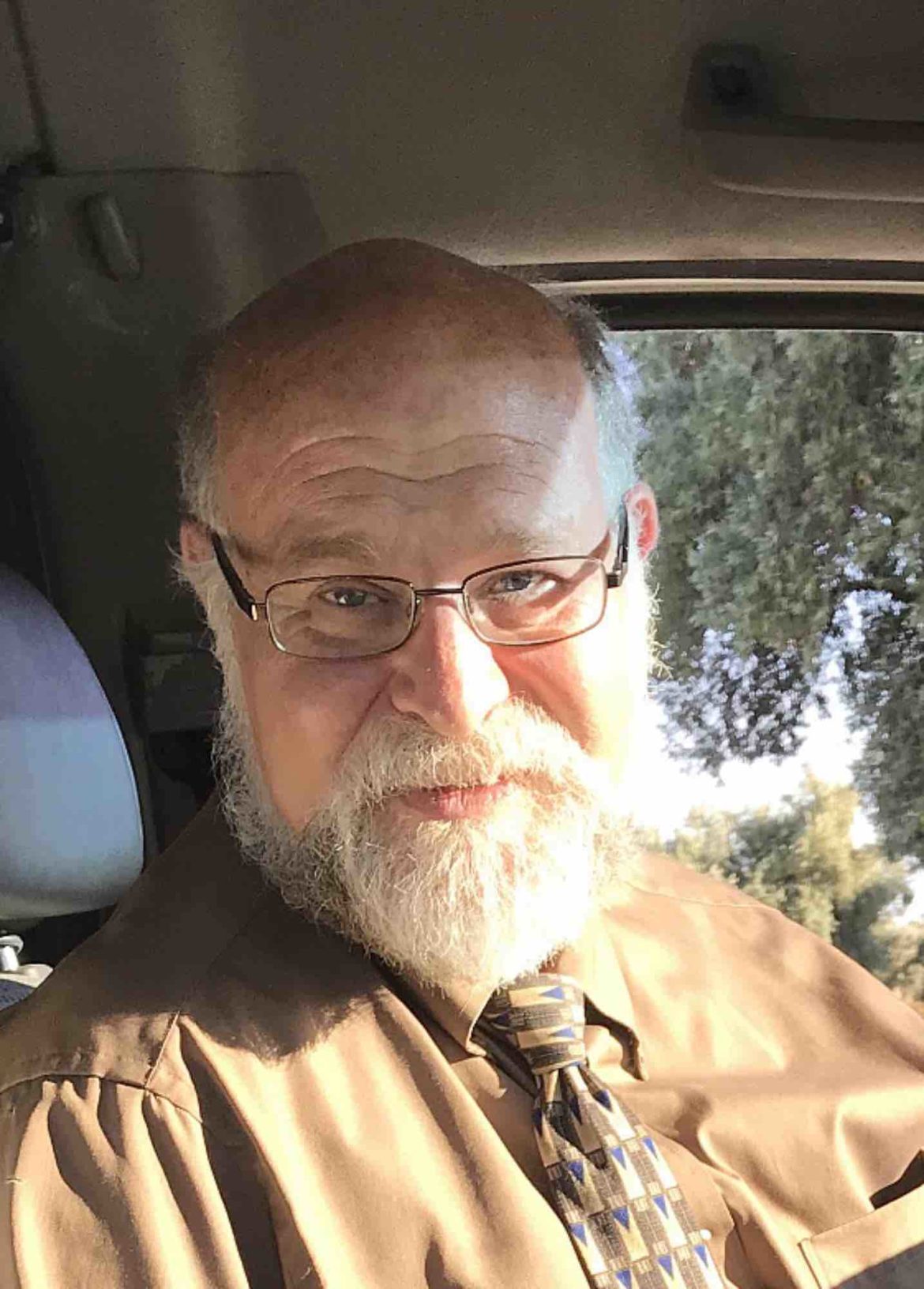 MENDOCINO Co., 4/7/21 — Joe Louis Wildman was a key figure in the serious business of Mendocino politics and unions for more than 25 years, but friends remember an unforgettable sense of humor, so much so he said he would have been a stand up comedian if he had only had the time.

Wildman made people laugh and made union opponents wince over his decades as a labor organizer and political activist. He died April 4, 2021, at age 65, having suffered declining health recently. No cause of death has been announced, but he reportedly went quickly at his home in Potter Valley and without prolonged suffering. Funeral arrangements had not been announced at the time of publication of this article.

Wildman’s stated aspirations to comedy still can make his friends smile, as they recall the very serious man’s strong sense of humor. Friend Richard Shoemaker says Wildman was key to getting several supervisors and city council members elected over the years, if not himself. Wildman himself made several attempts to run for county supervisor but gained more influence behind the scenes.

Shoemaker, a retired Point Arena city manager, remembers Wildman as the person who first brought data-based political campaigns to the county and as a man always involved in multiple political and union efforts simultaneously.

“He handled the work of a labor attorney at times. He was very smart and knew labor law very well. He was pretty successful in representing individual union members in disputes,” said Shoemaker. “He brought professional style political campaigning to Mendocino County, but most importantly he cared about people and showed that, with what he did in the political arena and his union work”

“He was just a stickler for rules and yes, he definitely kept us on track. He insisted Robert’s Rules of Order be followed during meetings,” Hirshfield said in an email interview.

“Joe was probably the most dedicated to labor person I’ve ever known. And his heart was huge. He truly cared about the work and for all the right reasons. It wasn’t about recognition for Joe. It was the work for what was right and just,” Hirshfield said.

Joe Louis Hoffman changed his last name to Wildman together with his wife, who had been Kayla Wilder, friends remember. The two combined their names to become the Wildmans.

Hoffman was a Chicago film student turned activist when he found his way to California, working as a political organizer in Oakland before coming to Mendocino County in 1993. He had been a top official in the state’s Green Party in his early years but later moved his volunteer efforts to the Democratic Party.

Wildman retired from daily union work in Oct. 2020 as a business agent with Operating Engineers Local 3. That only gave him time for more volunteer work for the local Democratic Party. He was named Democrat of the year for 2020 by the Mendocino County Democratic Central Committee.

Friend and former mayor of Ukiah, Jim Mastin, recalls how Wildman drove what he called his “big-assed” van to all corners of Mendocino County leading up to the November election. He had the van draped in Biden-Harris messaging and there walked the streets, registering people to vote and describing the benefits of their vote.

He fell ill and went into the hospital near the end of 2020 but “came out raring to go,” said Shoemaker. “He drove that big-assed van to Georgia, where he walked precincts for the Senate race.”

“When he went to Georgia to work on the senate races there last January he stayed with friends of mine in Atlanta and of course they fell in love with him. He was hard not to love. Not hard to get angry with from time to time, but definitely hard not to love,” Hirshfield said.

Wildman was someone who could be prickly, funny, strict and compassionate all at the same time, friends say.

“He had a sharp or sarcastic streak but he always came from a place of wanting to move things forward, especially for those on the lower end of the pay scale,” said Mastin.

“He lived his life with a lot of structure and a huge amount of warmth and love. Things that don’t usually go together but somehow Joe pulled it off,” Hirshfield said.

Fellow union representative Terry Poplawski remembers Wildman as having a clear view of reality that made him extremely effective at his union work.

“I was one to wear my heart on my sleeve and do what I felt needed to be done,” said Poplawski, who represented postal workers for 25 years before retiring. “He really knew where people were coming from and just what needed to be done and what could be done.”

“He was practical, objective and had a rare real worldview of what was going on,” Poplawski said.

“He was one of a kind. He meant a lot to a lot of people. He ruffled a few feathers along the way but had a good and big heart and will certainly be missed by a lot of people,” Mastin said.

Wildman was first elected to the North Bay Labor Council Executive Committee in 1993, then representing Mendocino County as a delegate from SEIU.

“I don’t think I realized how much I depended on him. It’s hard to imagine going forward without him but he wouldn’t have it any other way,” Hirshfield wrote.

The Mendocino Voice publishes obituaries, as well as wedding, engagement, and birth announcements, free-of-charge as a service to the community. Just send the article and photo to [email protected]; feel free to inquire for more formatting details or templates.