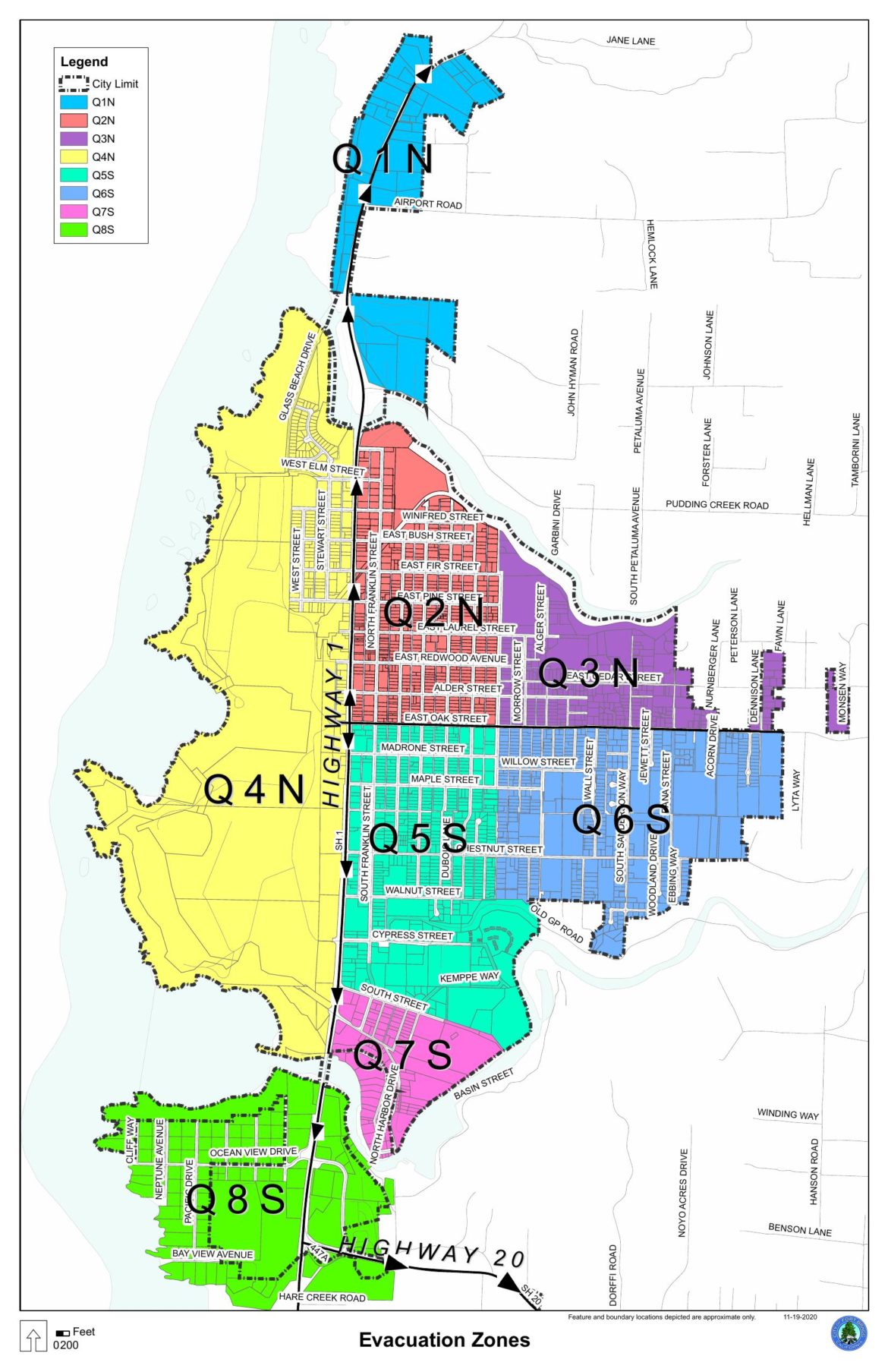 FORT BRAGG, 1/12/21 — Fort Bragg’s Trinity Lutheran Church may once again step in to provide the Coast with space for an emergency winter shelter for the homeless.

With no other place available, the church, at 620 E. Redwood Ave. in Fort Bragg, stepped in late last year to offer its own facility to house the homeless nightly from 5 p.m to early the next morning.

The church has been running the overnight shelter nightly since Jan. 1, with an average of about eight guests per night, the Fort Bragg City Council heard at its Monday night regular meeting, held by Zoom.

Also discussed at the meeting were new evacuation maps for the city, the Mayor’s Well Done Awards, which were dedicated to the resilience and togetherness of the entire community during difficult times and the so-far unsuccessful search for a new council member.

For now, the Lutheran church plans to run the shelter through Feb. 14 .The hope for the city going into Monday’s meeting was to find a home for the winter shelter from Feb. 15 through the end of March. Now the  church may step up for another month and the city may only need to help with two weeks of shelter use at the end of March.  Last year the winter shelter’s time was extended past March.

Mayor Bernie Norvell told the Council he  visited the church prior to the meeting and found Pastor Randy Knutson and the church might be willing to do even more. Knutson told Norvell if final approval comes from the church’s ruling council, the church might be able to run the shelter through March 15, leaving only the final two weeks of March for the city to find another home for the seasonal facility. The church council meets on Jan. 19, with Knutson telling the Council he was about 80 percent sure the church would say yes to running the shelter through March 15, but would want the city to find another home for the last two weeks in any case. He said the church has Holy Week celebrations planned in late March that the church might want to use the hall now being for the homeless for.

Councilmember Lindy Peters recused himself from the discussion, saying he had a conflict of interest as he lives near the C.V. Starr Center, one of four locations being considered for whatever timeframe is left after the Lutherans are done. With William Lee having departed the council at the end of 2020, that left only three members of the council. The C.V. Starr recreational facility had been the original proposed choice for the site of the emergency winter shelter if the city was  going to be the host. But  Monday night all three councilmembers opposed using the C.V. Starr Center as the winter shelter. If the city itself is going to host the winter shelter for those two weeks or possibly longer, Vice Mayor Jessica Morsell-Haye, Mayor Norvell and Councilmember Jessica Albin-Smith all favored the use of the old gymnasium in the back of City Hall.

Use of the C.V. Starr Center for the winter shelter was nixed after the council heard the Fort Bragg Unified School District was using the space intended for the shelter during the day to connect students to the internet for certain classes. Another location, the Hospitality Center’s own headquarters at Oak and Franklin Streets was also taken off the list. Hospitality Center Interim CEO Paul Davis had told the council prior to the meeting that the facility could not be used because people in the upstairs transition housing have the legal right to downstairs common spaces where the shelter would be, the council heard.

Norvell said the city should encourage the Hospitality Center to go back and explore some of the locations that were not available late last year. In those cases, some faith houses had said no because they hoped to use their own facilities, which have seen limited use due to COVID-19 restrictions. Norvell said with the state of the pandemic making reopening seem unlikely, they could be asked again. He also brought up the Caspar Community Center,  which had been discussed as an early site for the winter shelter. He said one of the facilities might benefit from the $1500 that two weeks . A rent of $3000 per month is being paid for the winter shelter. The city has kicked in up to $15,000 to increase the wages of winter shelter employees by $4 per hour, with employees making $18 to $20 per hour.The Hospitality Center could not find enough staff for the shelter prior to the pay hike.

Public input on the winter shelter included no complaints about its operation so far. Jacob Patterson, who lives near the Lutheran Church said there had been no problems he was aware of and he didn’t mind if the time for the winter shelter was extended at the nearby church.

City Manager Tabatha Miller said that the city is accepting applications for the vacant seat on the city council through January 29. So far through Monday, nobody had applied for the position, Miller told the council.

Unanimously extended an emergency ordinance waiving certain zoning requirements so that businesses can adapt to operate under the conditions created by the COVID-19 pandemic. For example, restaurants such as North Coast Brewing have set up tents for people to eat outside, while the local Chrysler Dealership has shifted its sales lot. The ordinance was passed last July to give businesses pandemic relief and flexibility, with a new ordinance passed Monday night basically extending what has been going on since July.

Miller told the council that water and sewer rate increases of 3 to 4 percent are set to go into effect Jan. 1, with the increases being shown on the February bill. Those had been set to start July 1 but had been put off during the early days of the pandemic and budget revisions that went on at the time.The Council may revisit the increases at a future meeting.

Approved spending an additional$13,400 to pay LACO Associates for planning services for the Grocery Outlet proposed project, bringing the new contract total to $38,044. Grocery Outlet has deposited $45,000 and will be invoiced for the services as well as city staff time. A Grocery Outlet chain store to be sited at 851 S. Franklin Street (formerly the site of the Social Services Building) is currently in the planning stages. The store is expected to be the subject of public hearings in late March. Mayor Norvell declared he has a conflict of interest in the Grocery Outlet matter, saying he lives only a block away from the site. He then turned the meeting over to Vice Mayor Jessica Norvell-Haye and left, as it was the last item on the agena.

Mayor Norvell used the annual “Mayor’s Well Done Awards,” which usually name local individuals for exemplary accomplishments in the city, to award the entire working community for coming together during difficult times. He said the awards this year are for “everyone in our community who gets up and goes to work every day to keep our community working, healthy and safe.” He said this also includes parents who stay home so their children can attend school. “With no one being more important than the others.” Norvell described the tremendous courage and unity of the community and praised all those who serve in these difficult times. Mendocino County Sheriff Matt Kendall pulled over next to a cow pasture to call into the meeting and thank the mayor for the award, saying the strength of the community should be recognized at this unprecedented time in history. “This is much appreciated,” said Kendall.

City Manager Tabatha Miller told the council about a citywide by-zone evacuation map to aid in the event of an emergency evacuation. Maps have been created for each lodging business within the city limits for visitors who are not familiar with the area. These maps were created with the intention to provide Fort Bragg residents and visitors who are lodging within city hotels with options to exit the City in the event of an emergency as a preparedness effort. Emergency evacuation maps are available to each lodging facility and are also be accessible through the City’s website Emergency Plans and Evacuation Maps: