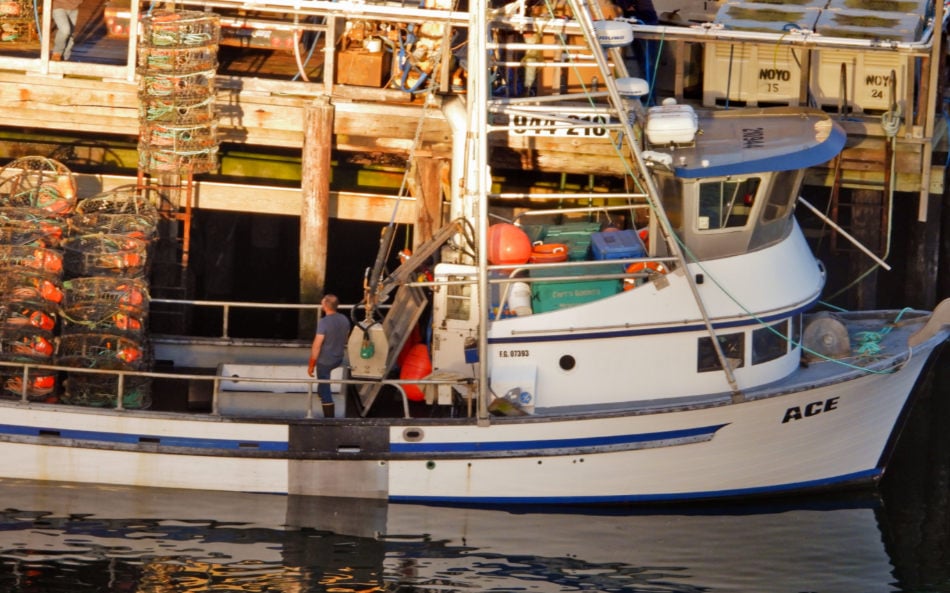 Crabbers loading up pots on Jan. 14, 2021 — a late start to the season. (Frank Hartzell / The Mendocino Voice)

FORT BRAGG, 1/15/21 — Noyo Harbor crab boats were loading up Thursday morning, after a holdout for higher prices ended with a compromise this week. Other ports are already bringing Dungeness crabs back in, but an agreement in Fort Bragg had pots being set yesterday, fishers and processors said. The pots will be left out for several days, with boats expected to deliver crabs to the docks on Saturday and Sunday.

The season was delayed due to risks to migrating gray whales, but then when the season officially opened Dec. 23, the crab fishers, united as a group, refused to go fishing until they got better prices (read our previous coverage here). The processors wanted to pay closer to $2 per pound and the fishers wanted over $3 per pound with a settlement being reached in the high $2 per pound range with the price going up, fishers said. Early reports indicate the crab supply in the ocean is low in 2021.