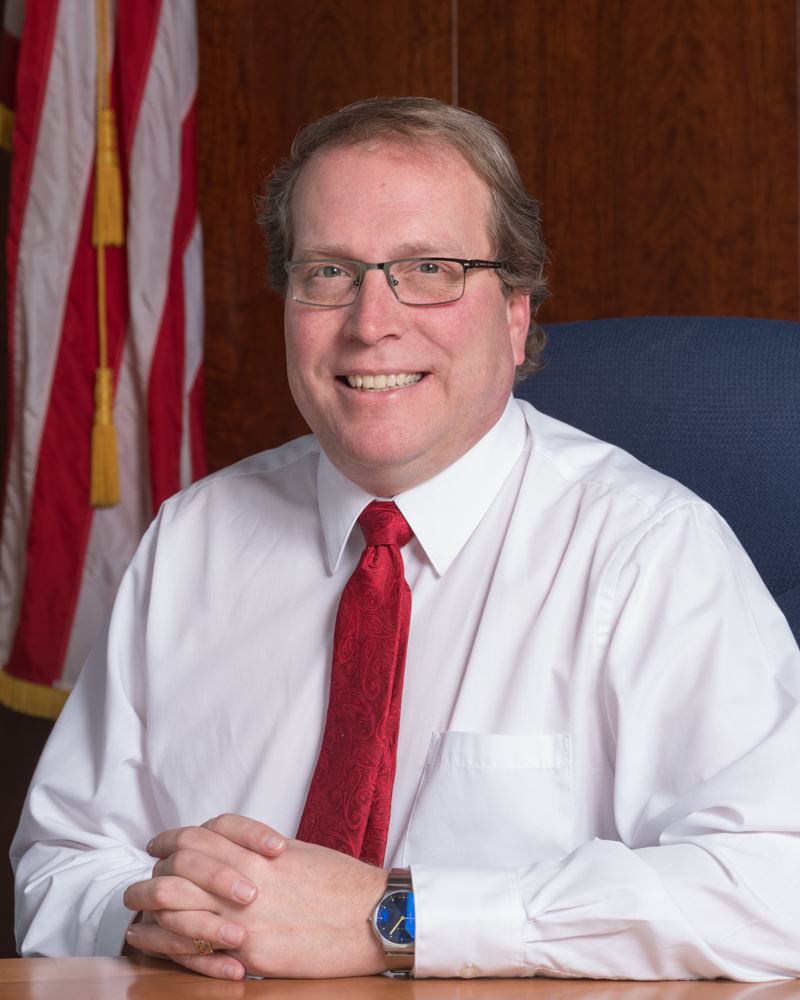 FORT BRAGG, 11/21/20 — The Fort Bragg City Council will soon be tackling the question of how to fill the vacancy that’ll soon be left by Mayor William Lee, when his resignation becomes effective in the new year. Tomorrow, Monday, the council will discuss whether to replace Lee by simply appointing someone to fill the council seat — or hold a special election.

Lee announced his resignation Oct. 26, effective on Dec. 31. The city estimates the cost of a special election at $15,000, according to a staff report prepared for Monday’s meeting. An appointment would result in one more name on the ballot at the next regular election in two years (instead of in four years), at negligible cost.

Whoever replaces Lee is highly unlikely to be named mayor anytime soon, a choice to be made December 14, by the five current council members. Lee and Vice Mayor Bernie Norvell are slated to be sworn in for their new terms on the council at that meeting.

Mayor Lee was appointed to his second four-year city council term on Aug. 13, 2020, when nobody chose to run against him or Vice Mayor Norvell on the Nov. 3 ballot for the two open city council seats. The City Council has up to 60 days to fill the position, starting Jan. 1, but is expected to act more quickly, once the decision is made on how to proceed. Action must be taken by March 1.

Under the leadership of Lee and Norvell, the council has shown little visible strife or internal controversy, despite differences of opinion. Such comity was evident during the national brouhaha over changing Fort Bragg’s name. Councilmembers don’t talk over top each other during meetings and voices are seldom, if ever, raised. Lee has a scrupulously polite style as mayor, keeping meetings moving briskly.

The question of diversity on the council has been mentioned. Two of the current city council members are women — Jessica Morsell-Haye and Tess Albin-Smith. Fort Bragg had at least two women mayors in the 1990s, Patti Campbell and Michele White (who served into the early 2000s), but has not picked a woman as mayor so far in the 21st century. Meg Courtney served as vice mayor and Heidi Kraut was a councilmember.

There has apparently only been one Latino person on the city council, at least in recent times, and none in the top job. Brian Balteirra served in the early 2000s. The lack of any other Latino councilmembers comes despite the fact that about one third of the city is composed of Latinos, mostly Mexican and Mexican-American. The U.S Census shows 32.2 percent of the 7,291 residents in July 2019 in census area “Fort Bragg City” as “Hispanic or Latino.” Voter registration percentages for Latino people were not available from the U.S Census for the City of Fort Bragg.

If an appointment is made, in November 2022, three City Council seats would be up for election for four-year terms plus the newly appointed person–for a two-year term. That means almost the entire council will be on the ballot in that election (minus current Vice Mayor Norvell’s seat).

The Council is scheduled to pick someone new to the city’s top job at its meeting on Dec. 14, as well as picking a vice-mayor. In some (mostly large) California cities, mayors are elected by popular vote, not picked by the council. Lee served a full two-year term as mayor, succeeding Lindy Peters, who is still on the city council and is its current longest standing member, having also served in the 1990s.

The regular election in November 2018 cost approximately $10,500 with about 3,000 voters participating, the staff report from the council stated. Currently, there are 3,938 registered voters in Fort Bragg and the cost of a special election would be about $15,000, the staff report said.

The process of appointing someone would be expected to be similar to the recent appointment of two people to the Noyo Harbor Commission, according to the staff report. If so, qualified applicants, those residing in the city limits who are at least 18-years-old and registered to vote, would complete an application. The City Council would invite candidates to be interviewed for the position. Candidate interviews with the full council must be conducted in public to avoid Brown Act violations, the staff report stated. The staff report, visible on the city website, gives pros and cons for both appointment and a special election.