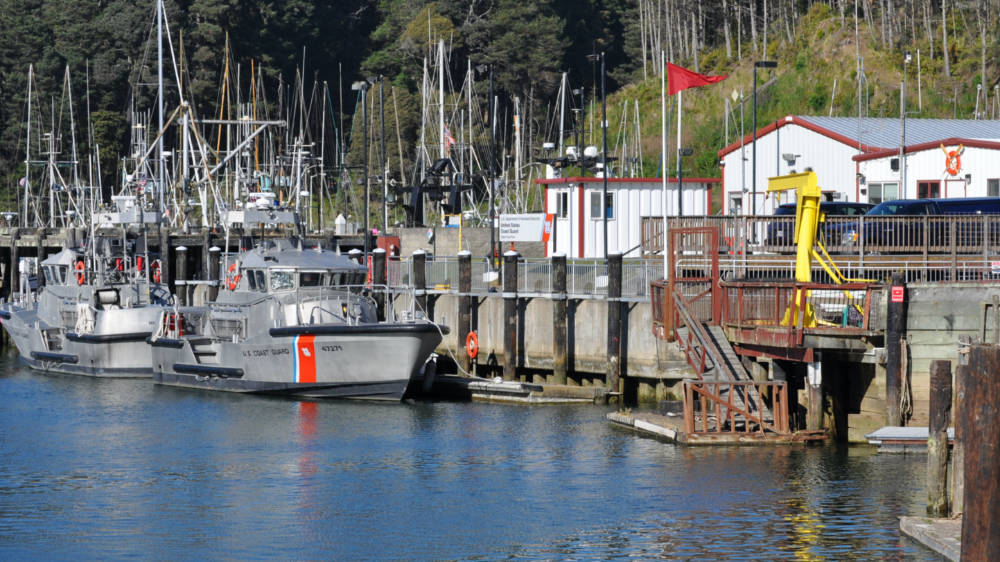 Noyo Harbor near Fort Bragg which is the mouth of the Noyo River. (By Frank Hartzell)

FORT BRAGG, 9/25/20 — Less thirsty plants in the forest combined with cooler weather have improved Fort Bragg’s water shortage situation, and the city council will consider rescinding the the declaration of a “Stage 2” water emergency which came with demands for a citywide 20 percent water use reduction.

At Monday’s Fort Bragg City Council meeting, the Council will consider a staff proposal to take a step backward to a “Stage 1” water conservation situation, with residents then asked to cut water use by 10 percent over base year use.

With the lowest Noyo River water levels on record emerging, the council first declared first Stage 1, then Stage 2 water conservation measures in August, with residents being asked for a 10 percent and 20 percent water use reduction, respectively. City residents stepped up and were able to make a big cut in water use.

“September proved to be challenging during low flows in the Noyo River paired with high tides. Fort Bragg’s water sources have kept up with the demand of our water users during this time,” the staff report for Monday night’s council meeting states.

“The residents of Fort Bragg have answered the request for conservation by reducing use by 12 percent according to weekly averages this month. During this work by the public, the Noyo River flow increased to 1.86 cubic feet per second,” the report adds.

While the public helped, it was nature that kept the situation from getting any worse. Climate change is credited with helping create the higher summer temperatures and ongoing drought that led to the situation.

“The [river flow] uptick is due to the seasonal change in weather causing reduced plant uptake in the watershed and cooler temperatures slowing evaporation,” the staff report states.

While the worst of low water flows may be over, the city is planning for drought to continue through November.

“With October quickly approaching, the City plans for the dry spell to continue into the middle of November, similar to the 2015 drought. October will bring another round of high tides lasting seven days. During this time, we expect short pump run times at the Noyo River Station and more than likely reserves will be used from our reservoir to bridge the gap in demand. Once again, the Fort Bragg community is being asked to come together and see us through a difficult period of limited water availability,” the staff report states.

To keep the public informed about current and historic water levels, information is updated on the City’s website at least weekly: https://city.fortbragg.com/474/Water-Conservation#liveEditTab_widgets.

Other matters on the Sept. 28, 6 pm Monday meeting agenda include:

1. A resolution approving a $3.25 million loan agreement with Fort Bragg South Street LP, and Danco Communities to assist with the development of The Plateau, an affordable housing project at 441 South Street.

3. A public hearing on revising the city’s fee schedule for various building permit fees and services.

The council meeting will be held by Zoom at 6 p.m. Monday. Here are the details for logging on: