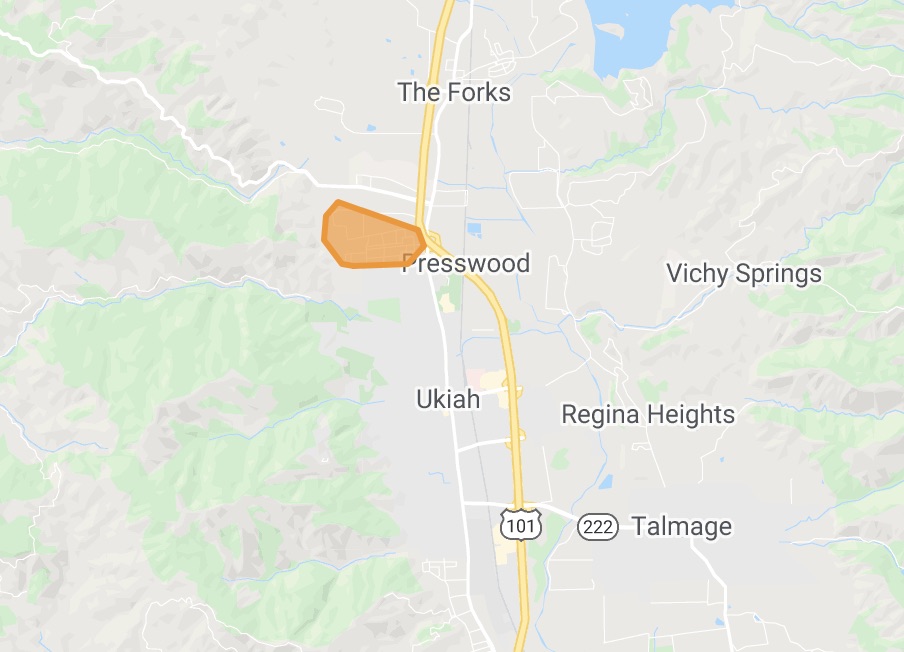 UPDATE 1:55 p.m. — The rain from the the unusual summer thunderstorms has resulted in a slew of car crashes across the county with at least six separate crashes being responded to as of 1:50 p.m. It also appears that the REACH helicopter ambulance was kept grounded for at least some time due to the hazardous conditions created y the storm.

On the lightning fire front a Cal Fire spokesperson has clarified exactly how many vegetation fires have been responded to. Today there was a small spot fire near Willits, which was likely lightning caused, and a tree fire near Yorkville which was caused by a lightning strike to a tree and may have involved a house.

The rest of the North Bay has not been so lucky with substantial fires breaking out near Tomales Bay and St. Helena at least.

UPDATE 1 p.m. — Storms have moved north towards Trinity County, and have lessened in severity in southern Mendocino County, but there is the potential for additional thunder and lightning through the afternoon. There is still a red flag warning, a hazardous weather warning, and a heat advisory for much of interior Mendocino County through early August 17 (see more details from NWS here).

Slick roads continue to result in dangerous conditions, including some small rock and mud slides — please take caution on the road. There is currently a new traffic collision on North State Street and Orr Springs Road that may involve three vehicles and the road is partially blocked.

An earlier vehicle accident at the Green Bridge south of Hopland resulted in 12 feet of guard rail damage.

MENDOCINO Co., 8/16/20 — As the historic weather continues to flow through Northern California, several related events are happening this morning.

Fire crews are responding to a potential lightning fire on the 2300 block of Blackhawk Drive south of Willits, referred to as the Blackhawk Incident.

There are currently 623 customers without power in the north Ukiah area, south of The Forks, and another 172 customers without power west of Hopland, according to PG&E’s current outage map. There is no official cause for the outages given by PG&E and crews are on the scene — though some people are claiming to have seen a lightning strike hit a power pole. You can check for updates and additional outages at PG&E’s outage map. A “flex alert” is currently in place

Another round of thunderstorms is currently passing through Mendocino and Lake counties, with some precipitation, thunder, and lightning as well as high wind gusts. Compared to other parts of Northern California Mendocino County made it through the weekend with only two small fires after lightning storms on Sunday morning, and a power outage on the south coast on Friday evening. However the Mendocino unit of Cal Fire has initiated a lightning response plan and is currently responding to potential lightning fires ignited by the current storm.

As always, the rain has led to some car accidents across the county, and there is a vehicle fire at the junction of SR-20 and Potter Valley Rd., as well as a small crash at the Green Bridge in Hopland. The occupants of the vehicle appear to have fled the scene, according to scanner reports and the CHP incident page.

Be careful on the roads out there.