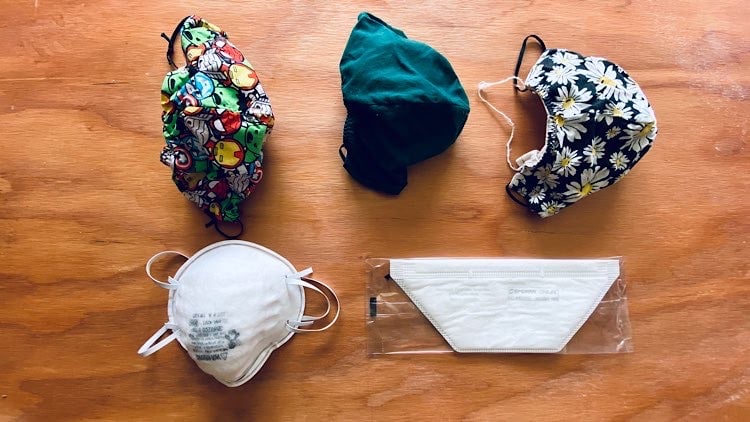 MENDOCINO Co., 7/8/20 — Governor Newsom is launching a multi-million dollar public awareness campaign in English, Spanish, and other languages to encourage residents to wear masks and facial coverings, which can prevent the spread of the coronavirus.

The campaign follows a recent surge in coronavirus cases across the state and country and will continue through the end of the year. It includes broadcast and radio public service announcements in multiple languages that promote wearing masks and practicing physical distancing.

“We all have a responsibility to slow the spread,” says Governor Newsom in a press release. “It is imperative — and required — that Californians protect each other by wearing masks and practicing physical distancing when in public so we can fully reopen our economy. We all need to stand up, be leaders, show we care and get this done.”

Two weeks ago, Newsom issued a new mandate requiring Californians to wear masks in public. This week, he ordered some kinds of indoor businesses including bars and restaurants in 19 counties to shut down. These orders follow a precipitous rise in COVID cases in the last weeks as California reopened. According to The Los Angeles Times COVID tracking page, the state recorded an average of 6,529 new cases and 65.6 new deaths per day in the last week.

Here is the press release from Governor Newsom with more details:

SACRAMENTO — As COVID-19 cases rise throughout the state and in advance of the Fourth of July weekend, Governor Gavin Newsom today announced the “Wear A Mask” public awareness campaign encouraging Californians to use face coverings – one of the best ways people can protect themselves and others from the virus. The campaign is taking an aggressive approach to slowing the spread of COVID-19, which will save lives and allow the state to reopen the economy. The campaign, which will continue until at least the end of the year, will kick off in English and Spanish and then expand into other languages later this month.

“We all have a responsibility to slow the spread. It is imperative – and required – that Californians protect each other by wearing masks and practicing physical distancing when in public so we can fully reopen our economy,” said Governor Newsom. “We all need to stand up, be leaders, show we care and get this done.”

The campaign will begin with a statewide push ahead of the holiday weekend. Broadcast and radio PSAs are being distributed in English and Spanish with local ABC, CBS, NBC, FOX, Univision, Telemundo, Ethnic Media Services, and iHeart Media affiliates. Billboards and outdoor advertisements are visible statewide in both English and Spanish thanks to ClearChannel, Lamar, VisCom Outdoor, iKahan Media, and LED Truck Media. The campaign includes a variety of shareable social media content with key messages on why and how to wear a mask.

In the coming weeks, the campaign increasingly will focus on those who have been disproportionately harmed by this pandemic, particularly California’s Black and Latinx communities. Messages will be translated into seven languages and delivered by trusted messengers. In addition, the Listos California emergency preparedness campaign will be supporting paid media efforts and bolstering community engagement efforts.

The “Wear a Mask” campaign received seed funding in partnership with the Chan Zuckerberg Initiative, The Skoll Foundation, Rick Caruso, Tom Steyer, the CDC Foundation, and Sierra Health Foundation. It’s a continuation of the “Your Actions Save Lives” campaign that has promoted critical public health messaging throughout the pandemic, raising more than $10.75 million in cash and $27 million in in-kind partnerships with multimedia organizations and members of the Governor’s Task Force on Business and Jobs recovery. Additional cash contributions and partnerships will be announced in the coming weeks.