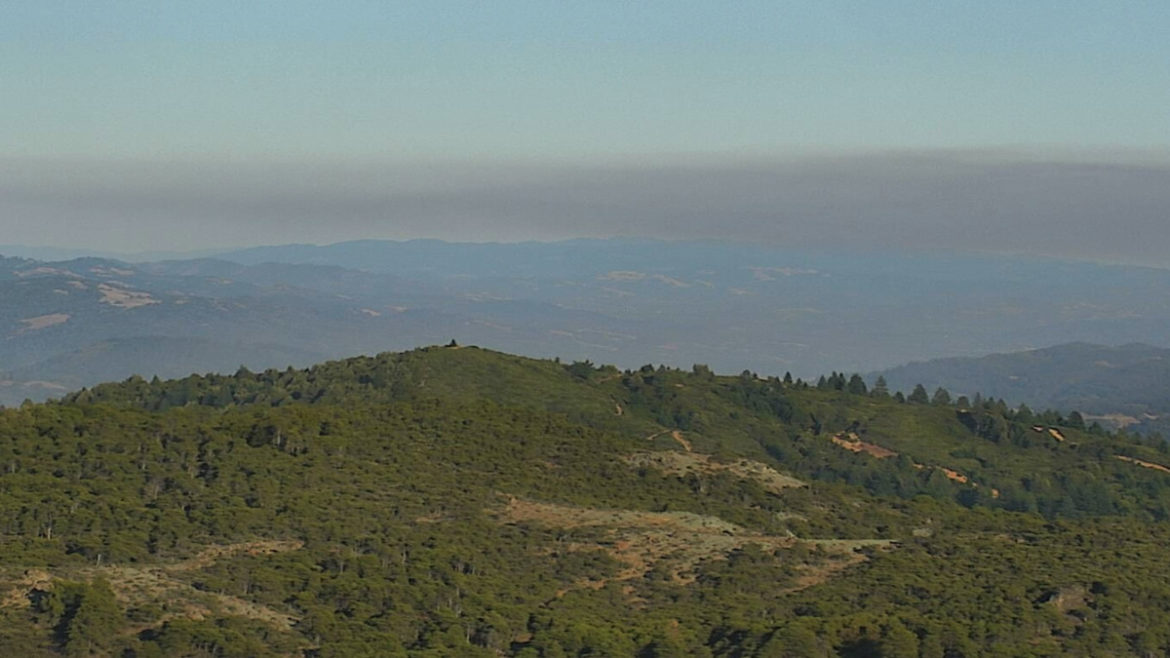 Smokey residue of the Vineyard Fire as see from a PG&E fire cam at around 7:30 p.m.

UPDATE 7:40 p.m. — The Vineyard Fire remains 10% contained, having burned 150 acres, but the “forward progress,” that is the growth, of the fire has been stopped. It is often the case with wildfires that firefighters manage to actually stop the fire from growing any larger far in advance of managing to get a complete containment line around the fire.

And we should thank Cal Fire Mendocino Unit Chief George Gonzalez for his frequent tweets and udpates:

UPDATE 4:45 p.m. — Cal Fire is now saying that the fire has reached 75 acres, though the threat to structures has been mitigated.

ORIGINAL
WILLITS, 6/9/20 — A wildfire, dubbed the Vineyard Fire, has broken out just of SR-128, just south of Yorkville. Cal Fire is currently saying that the fire has burned between 10 and 15 acres of land, and is burning at a moderate rate of spread in grass and brush. Initial reports indicated structures might be threatened.

Cal Fire has responded and at least two fixed wing aircraft were at the scene making drops. Hopland Fire has also responded with a type 3 engine, a water tender, and four firefighters.

Wind has been brisk for the past several days, and large wildfires have broken out in other parts of the North Bay, with the Quail Fire in Solano County growing to over 1800 acres. With wind driving this Vineyard Fire, there is potential for it to grow substantially.

The cause of the fire is unknown at this time, but it does appear to be burning very near the highway.