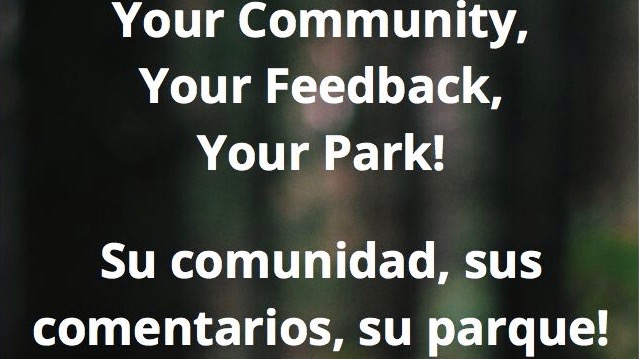 Walk and Bike Mendocino and the City of Ukiah want your feedback on a new section of trail in Ukiah.

REDWOOD VALLEY, 6/29/2020 — People who love walking and biking may be excited to know that a plan to incorporate new green space into Ukiah is in the works.

Walk and Bike Mendocino and Ukiah are applying for a grant that if received, will allow them to add an additional three mile section of trail to Ukiah — and Walk and Bike wants to know what you think about the potential expansion and what you would like to see.

They are seeking public input to take into consideration when writing a draft plan and mapping out an exact route. (Follow this link to fill out the survey in English.) (Para llenar la encuesta en Español haz clic aquí.)

“Gathering input from the community is very important to this project,” said Sonja Burgal, field coordinator at Walk and Bike. “It’s the community’s park, not my park or the City’s park. It’s really important that the park fits the needs of the people who use it,” she said.

The planned section of trail would run from Commercial Drive to Plant Road, converting the disused and decaying railroad tracks in town into a bike path and park. Currently, the Ukiah section of the trail runs from Brush Street to Commerce Drive.

Walk and Bike and the City of Ukiah are hoping that the trail will ultimately be part of the The Northern California Great Redwood Trail.

In order for the next section of trail to become a reality, the City of Ukiah must secure adequate funding. They are hoping to receive money from California’s Urban Greening Grant program. They will submit the proposal next month.

Proponents of the Redwood Trail hope that it will eventually run from the San Francisco Bay to Eureka, replacing the 320 odd miles of crumbing railroad tracks that used to serve the North Coast railroad.

State Senator Mike McGuire, who represents most of the North Coast, introduced the Great Redwood Trail Act in the spring of 2018. Planning began in January 2019. “The legacy trail will run through some of the wildest and most scenic landscapes in the United States, traversing through the California redwoods, running alongside oak woodlands and vineyards, and winding through the magnificent Eel River Canyon,” writes the Great Redwood Trail Alliance on their website.

Walk and Bike Mendocino, which promotes walking and biking as the principal form of transportation for short distances released a community survey (encuesta en español) which is now available and will be live until they have heard from at least 10% of Ukiah’s 16,000 residents. So far they have received 40 responses. The survey asks questions about current use of the trail as well as desired amenities and community spaces along the Ukiah section of trail.

Walk and Bike Mendocino also plans on having a virtual public forum, as another way to hear from the community. They have not announced the date for the forum, but when it is set a Zoom link will be available on their facebook page.

Walk and Bike Mendocino has also created an advisory group that includes around 10 people including representatives from Ukiah Vecinos en Acción (UVA), the Arts Council of Mendocino County, City of Ukiah staff, the North Coast Opportunities Gardens Project, and more.

The advisory group members will go on two socially distanced bike rides on the trail next week to gain a better idea of needs for the next section of trail. Due to COVID, these bike rides are not open to the public.

Once Walk and Bike receives the necessary input from members of the community and their advisory board, they will create a draft plan and map out the next section of the trail. After Walk and Bike presents the plan to the City of Ukiah and elected officials, it will become available for public comment.

So far, responses to the survey and the advisory board demonstrate that shade is a huge need. “There are a lot of hot, dry, open spaces. People really want trees planted,” said Burgal.

Personally, Burgal envisions lots of shade, habitat restoration, and art in the form of murals along the trail. “It’s a blank slate, we’re transforming an underused railroad corridor into something beautiful.”