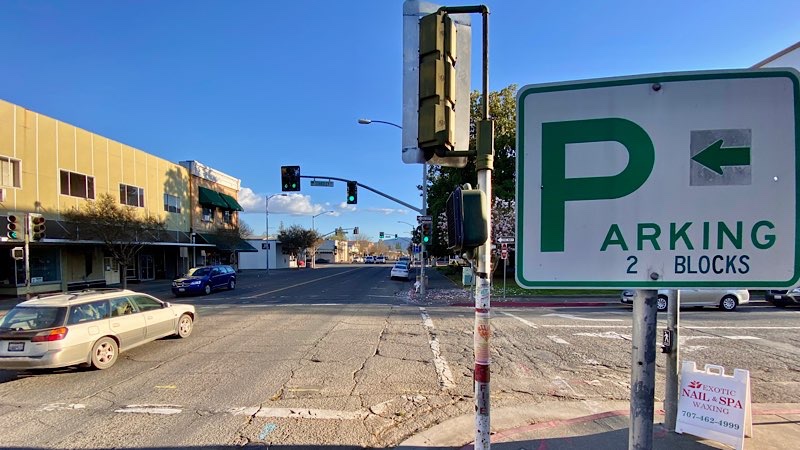 MENDOCINO Co., 4/12/20 — Work on the Downtown Streetscape Project in Ukiah will begin this month, starting with a process called “potholing,” followed by ground-breaking working anticipated to start in early May. The “potholing” portion of the process does not include any obstructions to businesses, and involves “a vacuum-method of excavation that allows the contractor to visually observe the underground utilities,” according to a press release from the City of Ukiah.

Phase One of the project is expected to last from April 20 until mid-summer, and will also include “replacing all water and sewer utilities beneath State Street between the cross streets of Mill Street to Henry Street, and on Perkins and Standley between State Street and School Streets.” as well as conduit installation “for all of the existing overhead utility services including electric, telephone, and cable,” states the release.

The details of the initial work, starting April 20, is included in the press release below. You can read our previous coverage of the project here.

Ukiah, CA. April 10, 2020.  – Phase One of the Downtown Streetscape Project is anticipated to begin April 20th with “potholing.” This work be performed during the daytime, and no access to businesses will be restricted.

Potholing is the first construction-related activity of the Streetscape Project, followed by mobilization of equipment and crews on about April 27th and actual “shovel-in-ground” work in early May.

Potholing is a vacuum-method of excavation that allows the contractor to visually observe the underground utilities prior to construction. This activity will be conducted throughout the project area, with mobilization and construction scheduled to begin one-to-two weeks later at the south end of the project on State Street between Mill Street and Church Street. Mobilization includes setting up the traffic control system, survey control and preparation for traffic bypass. Once potholing and mobilization have been completed (approximately May 10th), construction will begin.

As a reminder, Phase One of the Streetscape Project consists of replacing all water and sewer utilities beneath State Street between the cross streets of Mill Street to Henry Street, and on Perkins and Standley between State Street and School Streets. Also during this phase, the conduit will be installed for all of the existing overhead utility services including electric, telephone, and cable. The actual undergrounding of these utilities will occur after the conduit is placed.

Phase Two of the Streetscape Project, which consists of the lane reconfiguration, widened sidewalks, pedestrian bulb-outs, trees, lighting and furnishings, will follow Phase One, and is anticipated to begin mid- to late summer.

The City of Ukiah–while prioritizing essential services during this pandemic–continues to invest in our community’s infrastructure. Public Works projects such as the Ukiah Streetscape Project are allowable projects during the current shelter-in-place order, and this project in particular is one of the things that will position our community well for recovery.

The health and safety of our teams, as well as the contractors’ teams, is very important to us and we are in regular communications with those team members to help ensure that they have the resources they need in order to perform the work safely.

To learn more about this project, please visit www.UkiahStreetscape.com

Press release from the City of Ukiah.