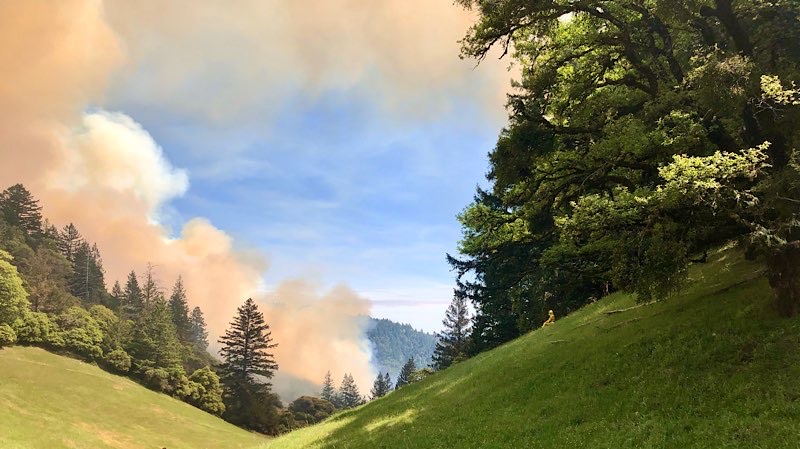 A prescribed burn in the hills west of Ukiah.

UPDATE 3/6/20 — Cal Fire completed a “broadcast burn” of 223 acres in the hills west of the Ukiah on Thursday, March 5, which means the agency will not need to continue burning for a second day as previously anticipated. The prescribed burn is part of an ongoing effort by Cal Fire to reduce wildfire risks around the Ukiah Valley, and Thursday’s burn included assistance from other Northern California Cal Fire units.

MENDOCINO Co., 3/5/20 — Cal Fire will begin two days of prescribed burns, in an effort to reduce fuel loads in the west hills of the Ukiah Valley, this Thursday and Friday, and smoke, flames, and aircraft will be visible from the Ukiah and surrounding areas. Burning will take place from approximately 10 a.m. to 5 p.m. on both days.

Cal Fire has identified the Ukiah area as a high priority for prescribed burns and other vegetation management in its continued efforts to mitigate wildfire risks, along with the Little Lake Valley and Brooktrails area. This targeting has allowed Cal Fire to direct additional funds dispersed by the legislature resulting in more frequent and intense wildfire reduction efforts over the past year.