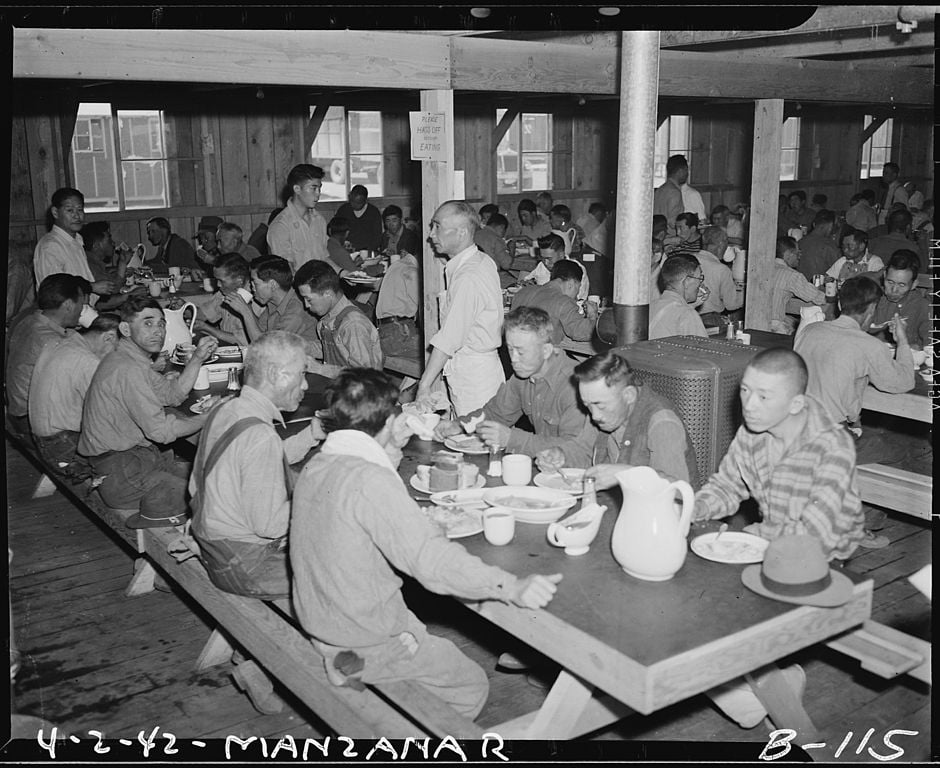 Japanese-Americas incarcerated at Manzanar during WWII -- in the public domain

MENDOCINO Co., 2/19/20 — On this day in 1942 President Franklin Delano Roosevelt issued Executive Order 9066, which led to the incarceration of more than 120,000 both American born Japanese-Americans and Japanese immigrants, who were forced from their homes and rounded up into concentration camps, many of which were located within California. Today, California Governor Gavin Newsom proclaimed February 19th as a “A Day of Remembrance: Japanese American Evacuation in the State of California.”

More than 60% of the people imprisoned in the camps were second generation Japanese-Americans, and in California anyone with as little as 1/16th Japanese heritage was considered “eligible” for imprisonment.

One note on usage: as it is taught in schools this dark period in our history is generally referred to as “internment” during which Japanese-Americans were “interned.” However, as wordsmiths, we would recommend this thoughtful Twitter thread from form Los Angeles Times assistant managing editor Henry Fuhrmann, which considers how the term “internment,”obscures the real injustice and incarceration forced onto so many.

Here’s Newsom’s proclamation, and another article concerning this history: