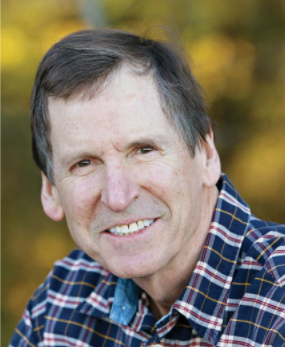 MENDOCINO Co., 11/27/19 — The following is a letter-to-the-editor submitted by Mendocino County District 3 Supervisor John Haschak, published here as a column, in which he updates his constituents on the past month of activity. We encourage the other supervisors to submit letters — we will happily publish them. You can see Haschak’s previous letters to his constituents here.

With these late first rains, hopefully the fire season is finally over.

Though we avoided cataclysmic fires this season, PG&E’s Public Safety Power Shut-off (PSPS) certainly caused its share of pain: Medical conditions were exacerbated by the 120 hours of no electricity, people on fixed incomes lost all the perishable food they had in their freezers and refrigerators, and there was a devastating fire that couldn’t be put out due to lack of hose water.

There will be a public meeting at the Willits Grange on Friday, November 29, from 3:30-5:00 pm to discuss these issues as well as envisioning alternatives to the current power grid, local energy independence, and turning bankrupt PG&E into a public utility. After what we just went through with the PSPS, all ideas are on the table.

Measure B, which was passed by the voters in 2017 to develop mental health facilities and services in Mendocino County, took another step forward as the Board of Supervisors approved the contract for the feasibility study, design, architectural plans, and so forth except the actual construction. There was a process problem in that the proposal hadn’t been approved by the Measure B Oversight Committee so the BOS approved the contract contingent upon their approval.

Measure V, which was passed by voters in 2016 to address the nuisance and fire hazard of standing dead trees, also advanced. Mendocino Redwood Company (MRC) had sent a letter to the County stating that they were exempt from the Measure V nuisance ordinance. At the Board’s direction, County Counsel sent a letter to MRC informing them of the County’s reasoning for why they aren’t exempt. I have placed on the Board agenda for our Monday, December 16, meeting a discussion of the County’s enforcement mechanism.

As your Third District Supervisor, I would like to see positive economic development happen rather than a drawn out legal battle with MRC over this contentious issue. Many people have innovative ideas for how to use these native hardwoods constructively. My hope is that jobs can be created and MRC’s forest practice of wasting this valuable resource can be ended.

Wishing you all the best in this Holiday Season.