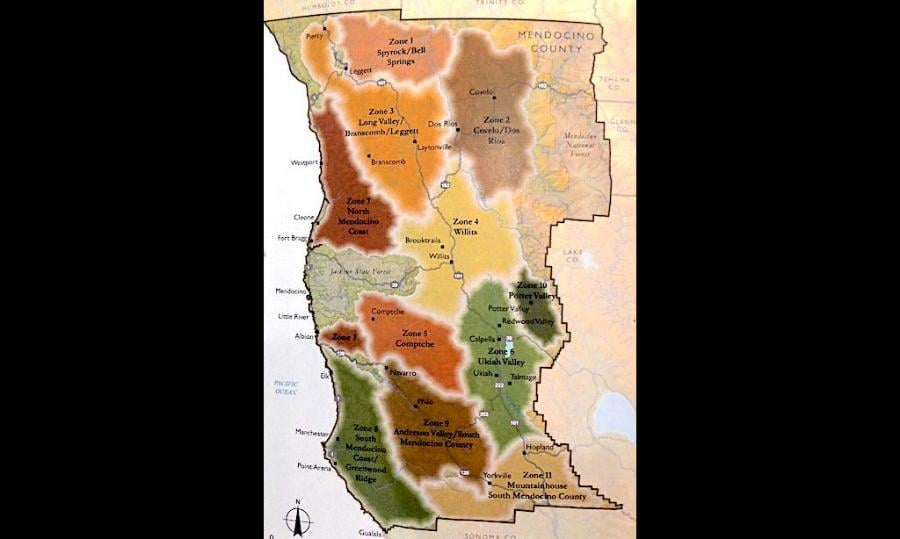 MENDOCINO Co., 10/17/19 — Legislation to strengthen California’s cannabis appellations system, sponsored by the North Coast’s state senator, Mike McGuire, has been signed by Governor Gavin Newsom, creating additional protections for California cannabis farmers who wish to establish regional standards similar to those in the wine industry. The law, SB 185, will expand already existing protections concerning “county of origin” labeling to include “appellations of origin.” You can read the full text of the bill here.

Many cannabis farmers in Mendocino County and around the North Coast have pushed for strict appellations standards, which would allow them to protect and market place-based crops and products.

California’s statewide process for establishing cannabis appellations is set to begin on January 1, 2021, although the California Department of Food & Agriculture, which is tasked with establishing a process for appellations applications, has already begun drafting the program. Once established, such appellations would require any cannabis product marketing with a particular appellation location, such as “Round Valley” or “Spy Rock,” to meet standards set for that location. The obvious anlog being the sparkling wine variety known as “Champagne,” which can only be called that if it is front the Champagne region of France. (Read more about the local and statewide process here.)

The North Coast’s State Senator Mike McGuire has been a champion of the proposed cannabis appellations system for several years, previously sponsoring legislation to establish “county of origin” branding standards for cannabis products. Here in Mendocino County, the Mendocino Appellations Project was one of the first efforts in California to advocate for appellations as a avenue for multi-generational “heritage farmers” to protect unique strains, growing methods, branding, and place-based traditions between different cannabis growing regions in the county, as well as pushing for international recognition of such standards.

“This law will prevent cannabis manufacturers from claiming, for example, their product is grown in the Emerald Triangle, when in fact it was grown in Sacramento. The law takes into account the critical ingredients to a successful appellation designation such as geographic location, soil types, farming techniques and micro-climates,” Senator Mike McGuire said in a statement.

In response to the legislation’s passage, Genine Coleman, co-founder and executive director of the Mendocino Appellations Project, wrote, “The Mendocino Appellations Project is grateful to Senator McGuire for his leadership and committed support of the California cannabis industry. This bill further strengthens legal protections associated with the developing geographic indication system for California cannabis. This bill protects consumers and producers alike, and strengthens appellations as an important tool to support the sustainable development of the regulated cannabis industry of California.”

Sacramento, CA – Consumers have come to trust appellation labeling with wine. The appellation system is an indicator of quality here in the United States, focused on specific geographic regions where the wine grape crop was grown. For years, cannabis farmers have been wanting to secure the same protections and transparency the California wine industry implemented decades ago.

Now law, SB 185 expands the prohibitions already in statute on improperly using county names for cannabis products to include appellation protection based on specific geographic regions and/or using any similar sounding name of appellations on the product label.

“This law will prevent cannabis manufacturers from claiming, for example, their product is grown in the emerald triangle, when in fact it was grown in Sacramento. The law takes into account the critical ingredients to a successful appellation designation such as geographic location, soil types, farming techniques and microclimates,” Senator Mike McGuire said. “Customers have come to expect truth in labeling in wine and this critical bill ensures manufacturers market products that meet similar appellation requirements with Cannabis.”