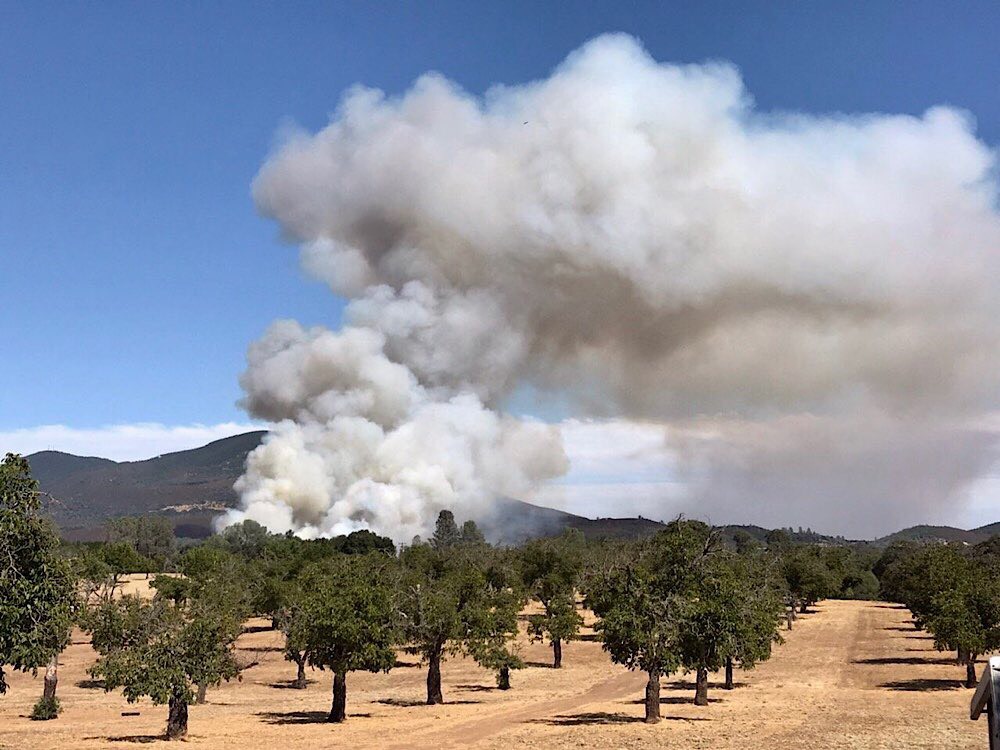 A photo of the Oak Fire near Kelseyville, Lake County, on Sept. 7 2019

MENDOCINO Co., 9/7/19 — A fire broke out this afternoon around 2 p.m. in Lake County, south of Kelseyville, forcing the closure of State Route 29 and evacuations in the area. Our colleagues at The Lake County News have a thorough article that’s been updated several times which you can read at this link. According to the Lake County News the fire has burned about 20 acres and is 10% contained.

The Lake County Sheriff’s Department has issued both evacuation orders and warnings for the area near the Oak Fire. Here they are in their entirety from Nixle:

This is an Evacuation Warning for Residents that may be affected by a fire near Hwy 29 & Cole Creek Road.  Residents with non-ambulatory family, or animals should consider leaving the area now.  The area at risk is east of Hwy 29 between Cole Creek Road and Hwy 175.

One of our favorite new websites here at The Mendocino Voice is WiFire, a fire map developed by the University of California, San Diego. Using that site we found this satellite photo which clearly shows the smoke from the Oak Fire at about 4:40 p.m. which can be seen southeast of Clear Lake.