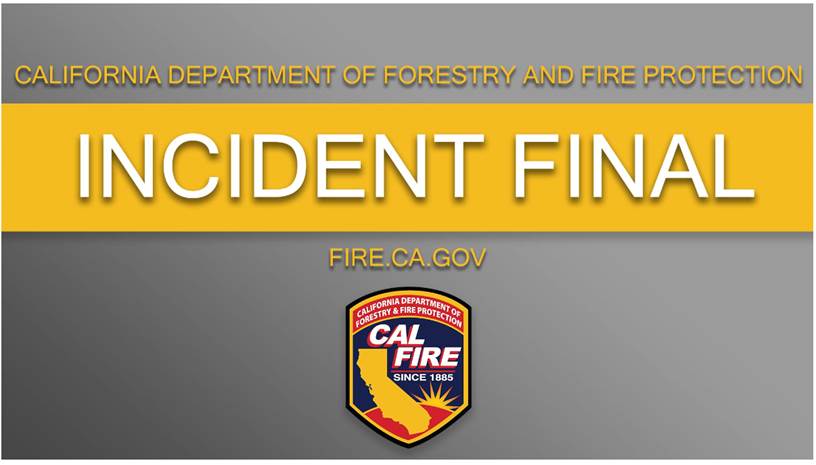 UPDATE 8/17/19 — The Moose Fire has now been fully contained, and never expanded beyond the 225 acres burned in the first day, thanks to the diligent work of local firefighters, including Hopland and Ukiah fire, Cal Fire, and prisoner hand-crews from the Department of Corrections.

The fire broke out Monday afternoon around 5 p.m. and threw up a frightening plume of smoke that was visible from Sonoma County to Ukiah. Firefighters worked through the night cutting hand-line and dozer line, and laying hose-line around parts of the fire, achieving a complete encirclement that first night. However, because many of those lines were thin fire authorities were not confident that the fire could not restart and jump the line, and so continued working through the week expanding the lines, setting back-fires, and laying hose-line, until this afternoon when they were confident declaring total containment.

Cal Fire has not yet announced a likely cause of the fire, but several local residents familiar with the situation stated that the fire was caused by a private generator.

ORIGINAL
MENDOCINO Co., 8/16/19 — After beginning just after 5 p.m. on Monday evening, and rapidly exploding in size that night, the Moose Fire is now at 95% containment, according to Cal Fire’s evening update. Fire crews have been continuing the steady progress that they’ve made during a week of high temperatures in difficult terrain — containment on the fire was at 90% this morning, and the fire has not grown in size since Tuesday morning.

Personnel on the Moose Fire has been reduced to 62 people, including three hand crews and three engines, and they have begun to undertake “suppression repair work,” of which the goal is to “repair damage caused by the fire suppression activities, and to return the affected area to pre-fire conditions as nearly as possible,” according to a definition provided by the United States Forest Service. Crews will also continue to mop up and patrol the interior of the fire to ensure no hot spots flare up.

You can read our previous coverage of the Moose Fire here.