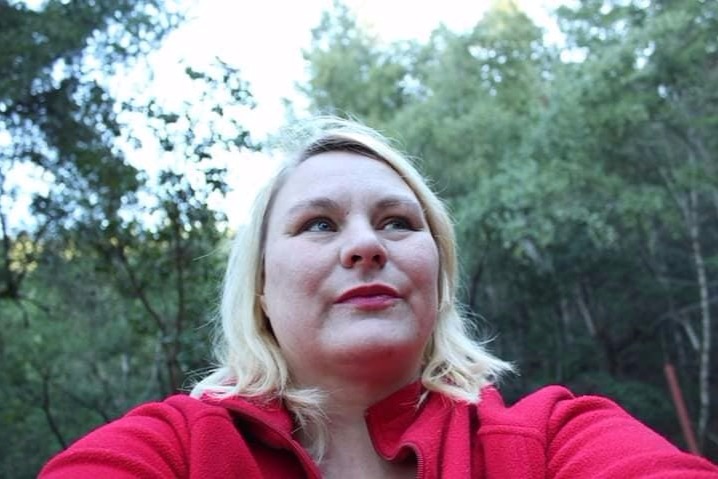 Krissy Orbon, from the GoFundMe page.

ORIGINAL
WILLITS, 1/13/19 — A memorial fund has been started for Krissy Orbon, 32, and her son Damian Michael Wilkins, 8, who were killed by Damian’s father, Michael Wilkins, last week near Willits. Wilkins then killed himself. The killings were all committed with the same rifle which the man had stolen from a neighbor. In the past few days, in interviews and on social media, friends and acquaintances have begun to describe a long history of abuse and controlling behavior from Wilkins, with Orbon attempting to leave his control several times.

Here is the GoFundMe, “Krissy and Damian Orbon Memorial Fund” which has been set up by friends of Orbon, Brad and Tink McDonald, who had known her for about a decade. In their GoFundMe post they say, “This was a case of domestic violence in the worst way, and would like her story to help other women have the strength to get away from their bad situations.”

The McDonalds said in a phone interview, “She was probably the most dedicated mom to her child, and her two dogs, that any mom could be…She was a really dedicated mom and that’s something that the world should know — she definitely went out protecting her son.”

Here is the text of the GoFundMe post (article continues below):

It was a week before christmas 9 yrs ago was when we first met krissy. She was pregnant in ukiah standing in the rain. We invited her to stay with us and helped her fix her rv she was in. She spent the rest of her pregnancy and months after with us developing a friendship that will out last time. In the years passing our children grew up with damian he was my youngest daughters first crush. My son’s best friend. For 9 years she was my wifes sister in heart  and mind which to them was as strong as blood. All money raised will go to get her dogs to a safe place getting her final possessions sent to family and help Maxine with expenses. Also for Krissy and Damians california memorial to be taken care of. Thank you for your support. This was a case of domestic violence in the worst way and would like her story to help other women have the strenghth to get away from their bad situations.
THANK YOU ALL FOR YOUR SUPPORT!

Brad McDonald elaborated about the relationship saying, “He [Wilkins] was incredibly abusive the entire time they were together and she was terrified to go to anybody for help. And she came to me and my wife several times for help but every time we stood up to Mike she would go back — she would go back because she was so scared.”

Damien was often home schooled, but had attended kindergarten at the La Vida Charter School at Ridgewood Ranch. Orbon was originally from the Midwest and members of her family will likely be coming from Michigan to Willits for a memorial, which is currently being planned.

Editor’s note: The Mendocino Voice will be compiling a longer article in the coming days; if you knew Krissy and Damien and would like to share any memories, contact us at [email protected]