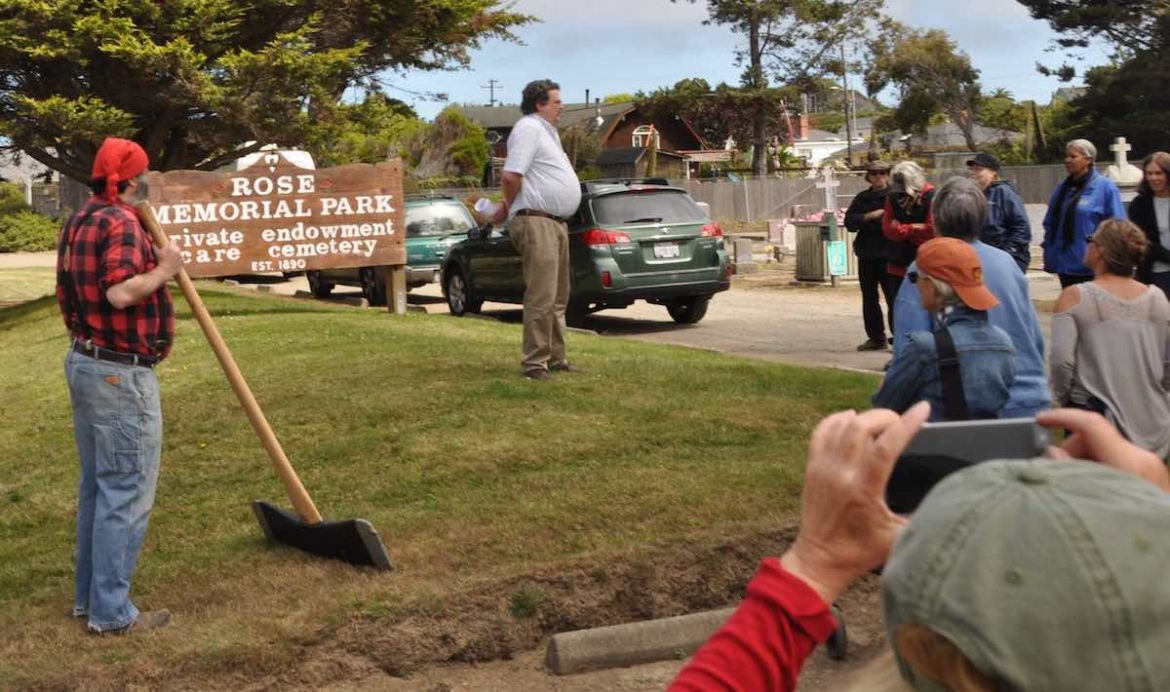 MENDOCINO Co., 9/1/18 — Paul Bunyan Days has been a Fort Bragg tradition since 1939. There are 30 events planned from the Ugliest Dog (and more) Contests, to a big logging show on Sunday Paul Bunyan Days end on Labor Day Monday Sept. 3 with the annual big parade downtown, followed by a Fort Bragg Lions Club barbecue at Bainbridge Park behind Veterans Memorial hall. Named after the larger than life logger and his giant blue ox, Paul Bunyan days celebrates the community that grew up on timber and its continuing resilience.

The following photos are from reporter Frank Hartzell, who went out on the two Friday night. Here’s more information about Paul Bunyan Days activities, going on all weekend. 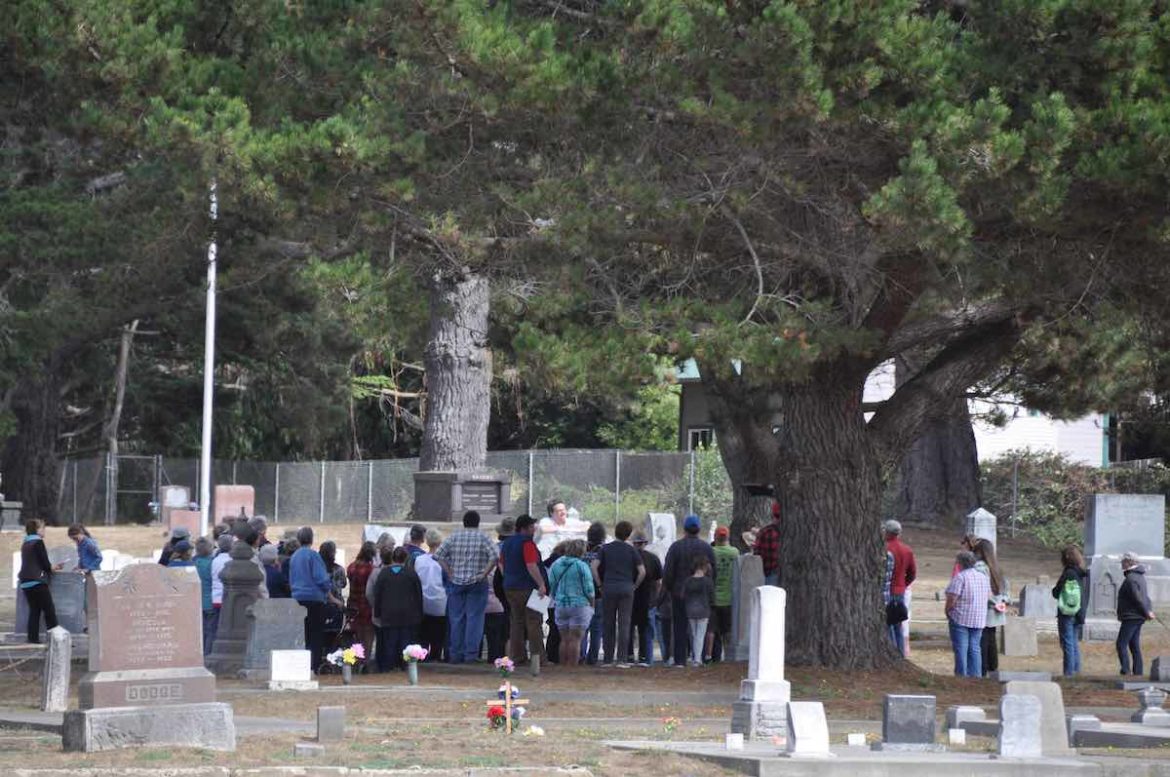 Fort Bragg’s Paul Bunyan Days 2018 kicked off Friday with a historical cemetery tour of Rose Memorial Park led by David Foucheaux of the Fort Bragg-Mendocino Coast Historical Society. Paul Bunyan (biologist Mike Stephens) was among those on the tour.

In the age of Kindle, The Friends of the Fort Bragg Library Book Sale had a much smaller crowd at member’s night on Friday. 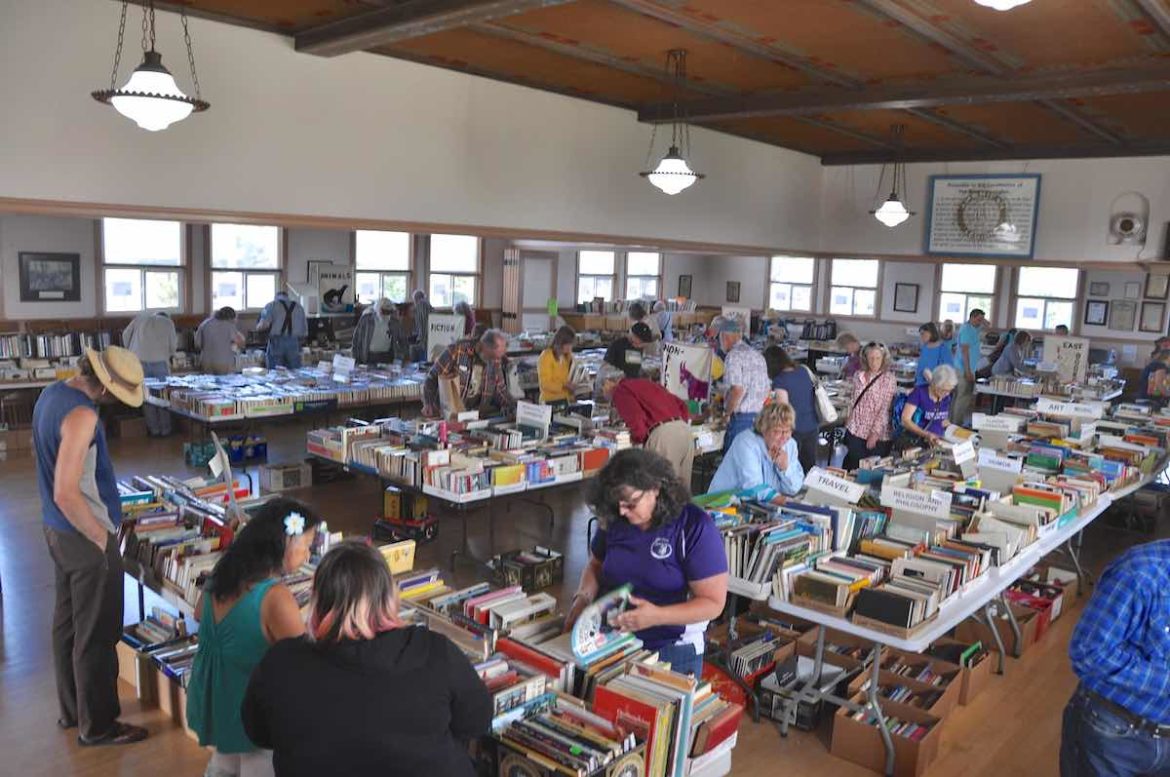 More than 100 people once stood in line for the big annual sale at Veterans Memorial hall, where the American and POW/MIA flags flew at half mast for Sen. John McCain on Friday. The book sale continues through Sunday, which is bag day. 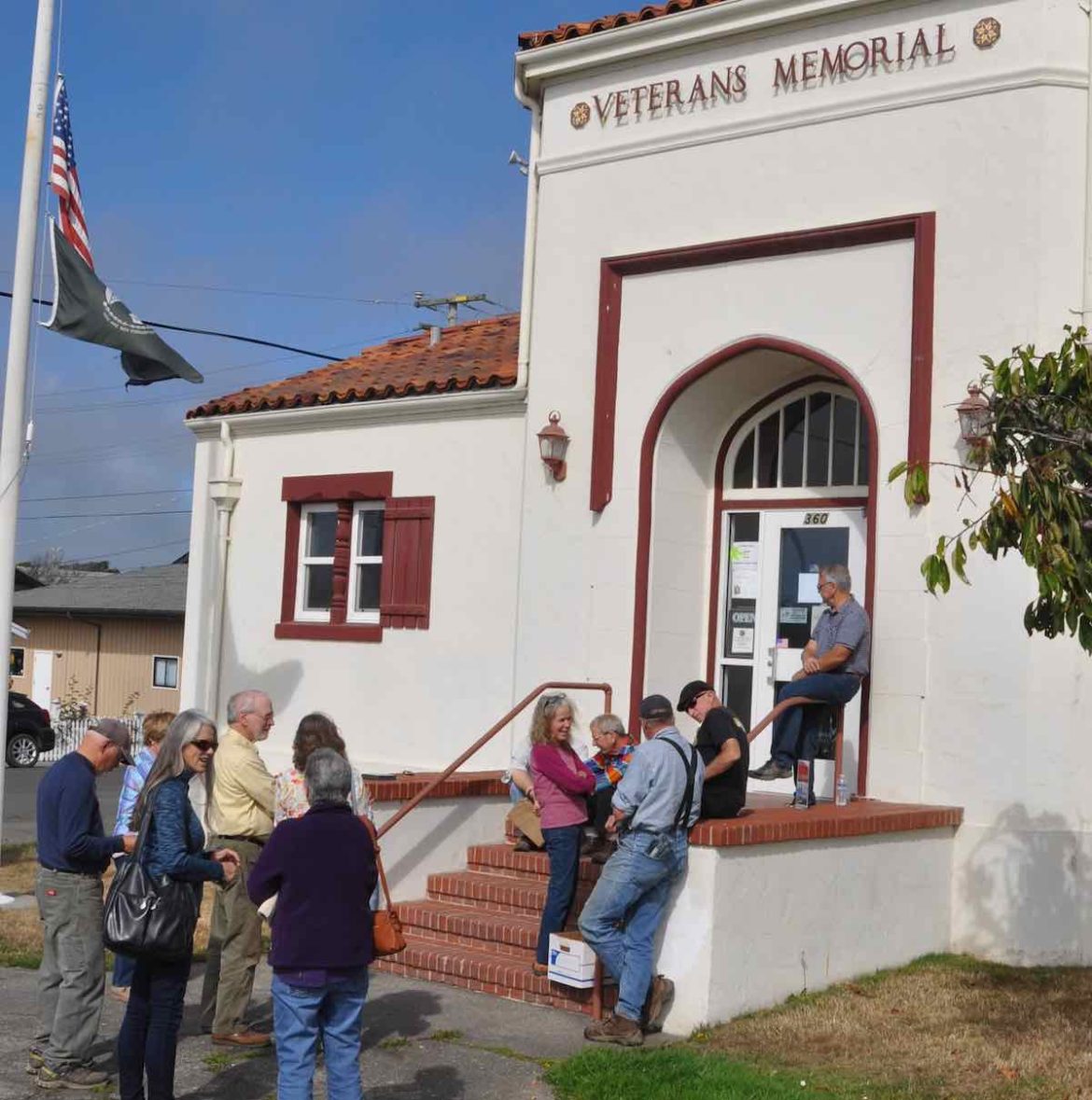 Outside the booksale – Frank Harzell

The Gem & Mineral Show also got started Friday. Robin Holayter, president of the Mendocino Coast Gem and Mineral Society (in suit) shows minerals at his booth. 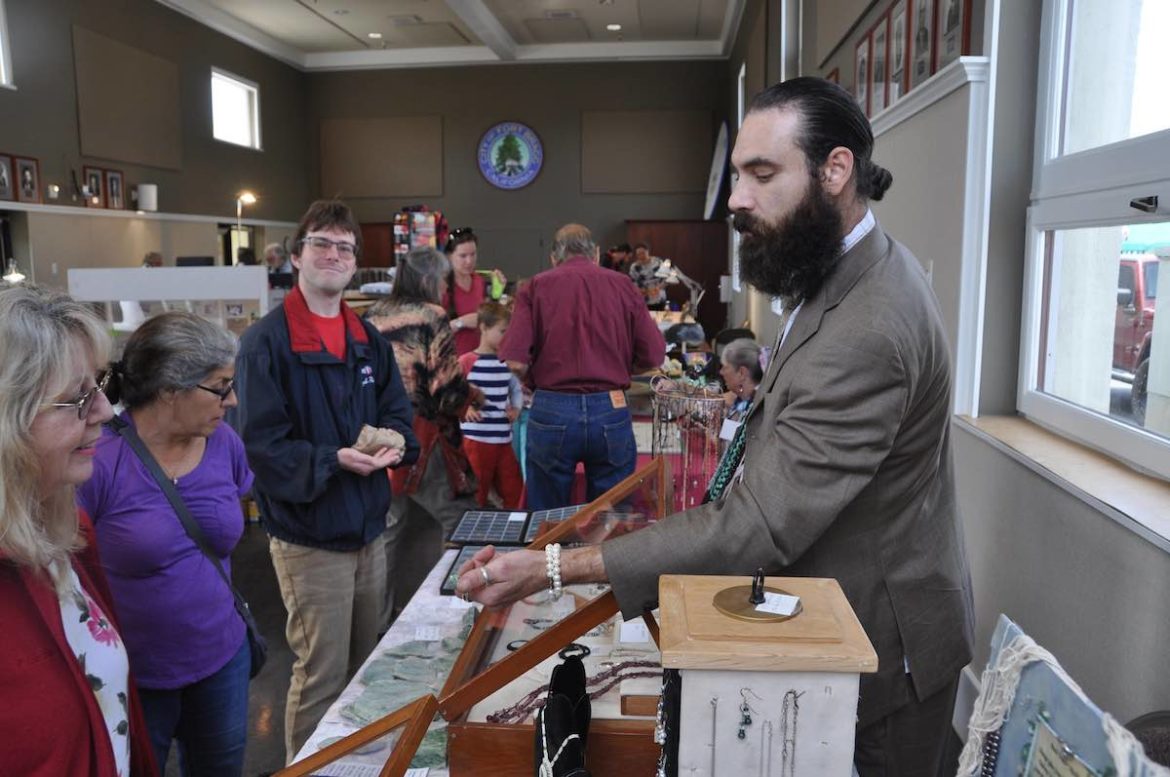 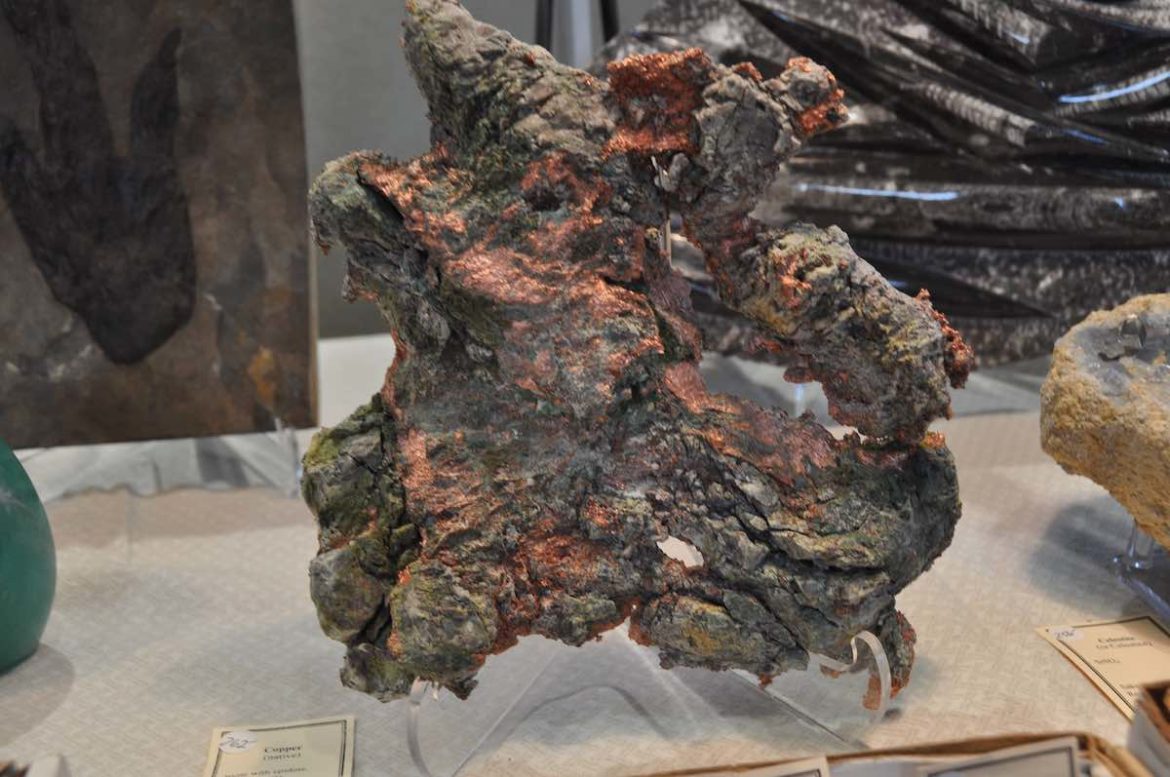 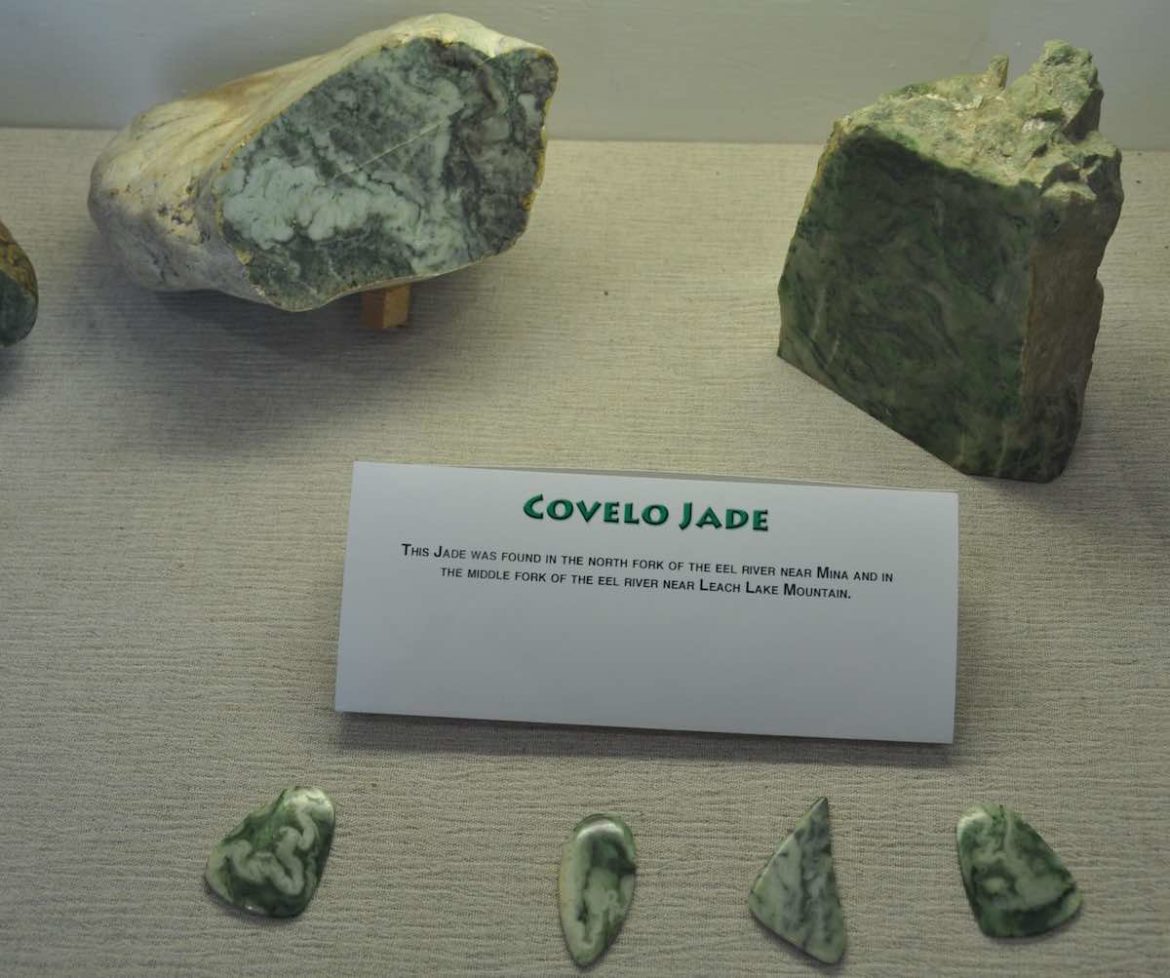 Covelo jade at the Gem and Mineral show – Frank Hartzell