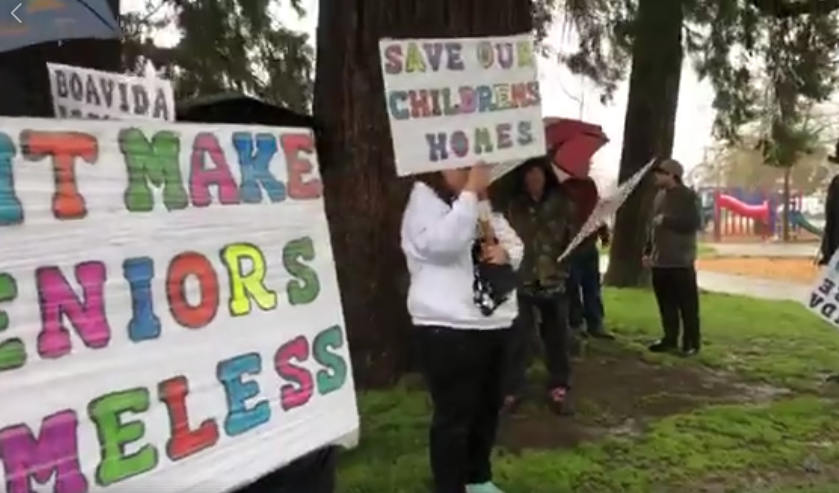 MENDOCINO Co., 4/23/18 — Residents of two Willits area mobile home parks will be staging a rent-hike protest at the park across from Willits City Hall (Bud Snider Park), at 5:30 p.m. Wednesday. The residents of park complain that rents have risen dramatically, and capricious fees have been billed, since new owners took control. They also allege a pattern of harassment from the new management. To this end the residents have organized and begun to push for a rent stabilization law in Willits, modeled after a  law that has been on the books for years in Ukiah.

Protests were also held at the park on April 11, the videos of which are embedded at the bottom of this article.

A flyer being circulated to announce the protest ends with the plea, “Help us not become homeless!!![sic]” 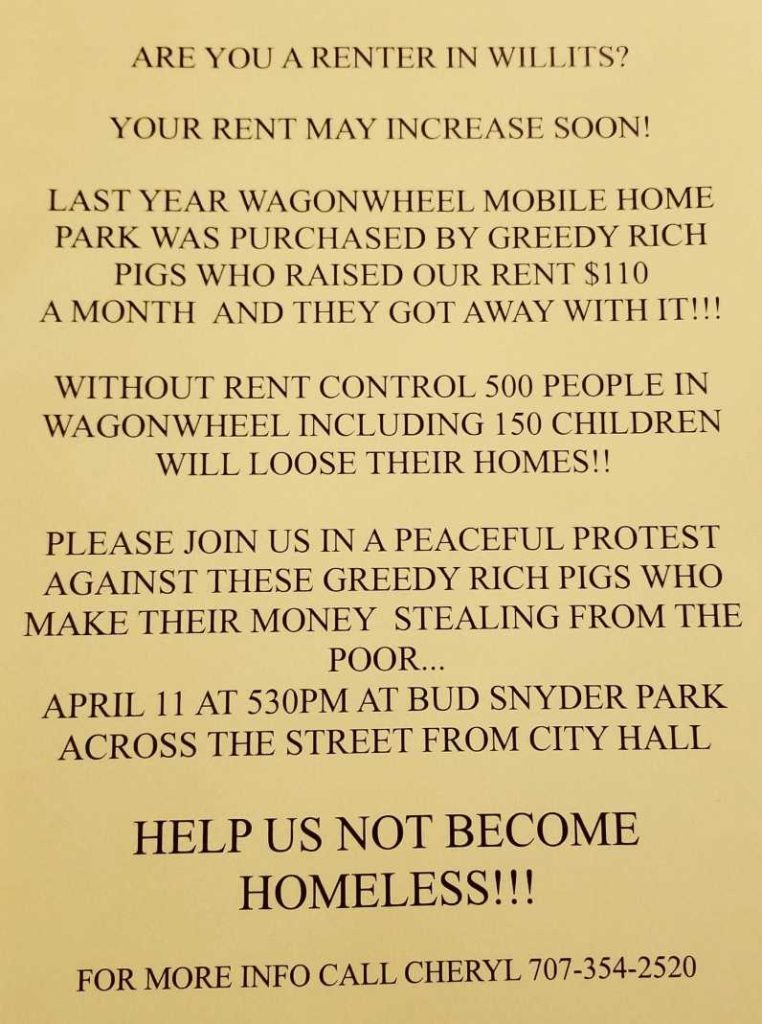 A flyer produced by resident and organizer Cheryl Abney.

Early last summer the ownership of two parks, Wagon Wheel Mobile Home Park in the City of Willits and Valley Oaks Mobile Home Park in the unincorporated part of the Little Lake Valley, were sold to a company controlled by Flyer’s Energy, which owns the gas station chain. Public records show that a small tangle of limited liability companies were created to hold the properties, and a management company Boavida was also created.

Boavida is the company that directly interacts with the residents, and is reference in most of the signs in this video. The videos were filmed, by our reporter Kate Maxwell: