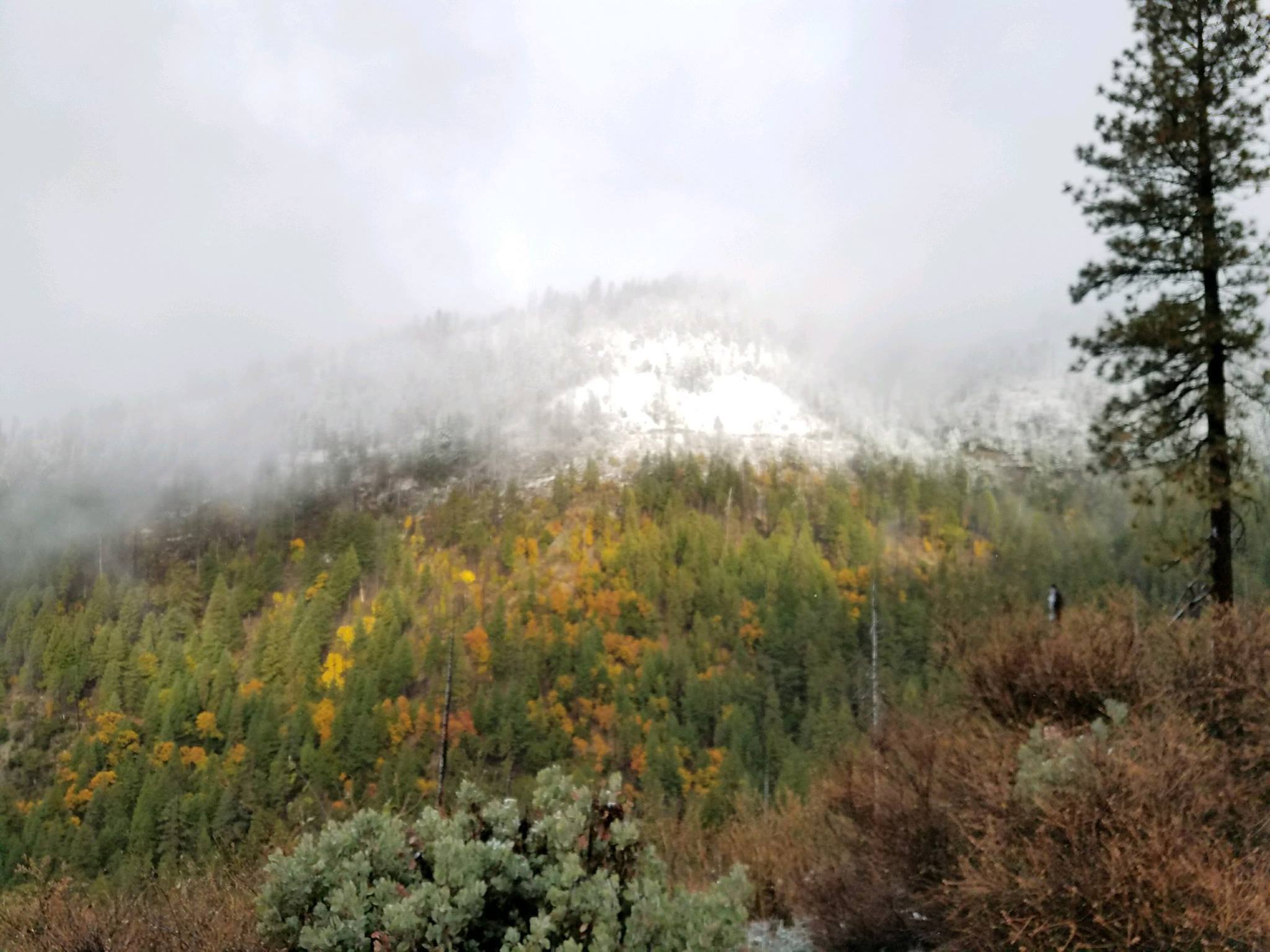 Updated 7:15am, 3/2/18: Here’s what we know about school and road closures right now. Did we miss something or did you get an awesome photo? Let us know in the comments, at [email protected], or on Facebook.

Schools closed: Leggett Unified, Laytonville Unified, and Southern Humboldt Unified schools are closed, according to announcements on their Facebook pages. The Round Valley Unified School district has delayed the opening of school until 10:15 am, as of last night.

Continued waves of snow, gusty winds, possible hail and thunderstorms, and dropping snow levels will continue through Saturday. In a Facebook post, the Mendocino Sheriff warned that snow levels may fall to 500 feet, and that the following amounts of snow is predicted through Saturday:

A Winter Storm Warning for areas above 1,500 ft is in effect through 10 am Saturday. Additionally, hail and thunderstorms are possible along the coast along with high surf.

As of now, only Highway 3 is entirely closed, but several mountain roads in Humboldt are getting pretty snowy. If you’re heading up in the hills you might want to carry chains, take extra caution in changing conditions, or reconsider your travel plans. You can check before you head out at the CHP incident page or at the Caltrans Quickmap; also follow weather updates for your individual microclimate at the NOAA’s website or keep up to date on their Facebook page. You can also call 1-800-427-7623 to check the road conditions before heading out.

Traffic cameras can be seen here. The cameras are located along State Route 1, 20, Highway 101, and the 199 and 299 in various locations, but checking the CHP and Caltrans maps will give you more exact road closures and traffic incidents. Kym Kemp is keeping an updated list of road conditions at this link.

Updated 11:40pm: Snow is accumulating across the region, with reports of several inches above 3,000 feet outside Covelo, snow in Laytonville, some snow around 2,300 feet outside Willits and in Brooktrails, and snow at the Ridgewood Grade on Highway 101 down into the Little Lake Valley.

Schools are beginning to be closed or delayed. The Leggett school and pre-school will be closed on Friday, March 2. The Round Valley Unified School district has delayed the opening of school until 10:15 am. Kym Kemp reports that all of the Southern Humboldt School district will also be closed tomorrow.

We’ll update as the weather changes!

MENDOCINO Co., 3/1/18 — A winter storm is heading towards the north coast, and depending on where you are, it may have already arrived! Snow levels were predicted to start around 4,000 ft before dawn on Thursday, and are expected to drop to between 1,000 – 2,500 feet by Thursday afternoon, according to the National Weather Service, which expects the storm to stick around through Saturday. Heavy snowfall is possible throughout the interior north coast, and multiple waves of snowfall may result in up to 4 – 8 inches daily in areas. Snow accumulation may also occur on higher elevations along Highway 101, such as Rattlesnake summit north of Laytonville and Prairie Creek, and hail and thunderstorms may occur along the coast. Gusty winds will also be in the mix.

What’s the weather where you are? Send us your pictures and location/elevation at [email protected], on Facebook, post them below, and we’ll include them in this article!

As of late last night, Kym Kemp at Redheaded Blackbelt reports that State Route 3 near the Trinity border at Scott’s Mountain has been closed, according to Caltrans. Precipitation amounts in Mendocino between Thursday and Saturday are predicted to be: Laytonville: 3-4″; Fort Bragg: 2-3″; Willits: 2-3″; Ukiah: 1.5-2″; Gualala: 1.5-2″ according to the Mendocino Office of Emergency Services. Higher elevations such as Laytonville, Covelo, and Leggett will see heavier snow but Willits and Ukiah might also get some flurries. You can see the list of winter weather warnings for Mendocino at this link, and the NWS website has lots of more detailed info for your location. You can also check out the Weather Underground to look for weather stations in your area.

Travel will definitely be difficult over the next few days in many parts of the north coast. Drivers should take caution on the roads due to changing wintry conditions, take it extra slow to keep you and your fellow drivers safe, and carry chains if possible. NOAA warns to watch for road closures and potential rock slides in mountainous areas. We recommend checking for road conditions and closures at the CHP incident page or at the Caltrans Quickmap if you are heading north, and you may want to carry chains. You can also follow weather updates for your individual microclimate at this NOAA’s website or keep up to date on their Facebook page. You can also call 1-800-427-7623 to check the road conditions before heading out.

Here’s a video we took of the most recent snowfall in Willits, outside the Skunk Train Depot on February 22: