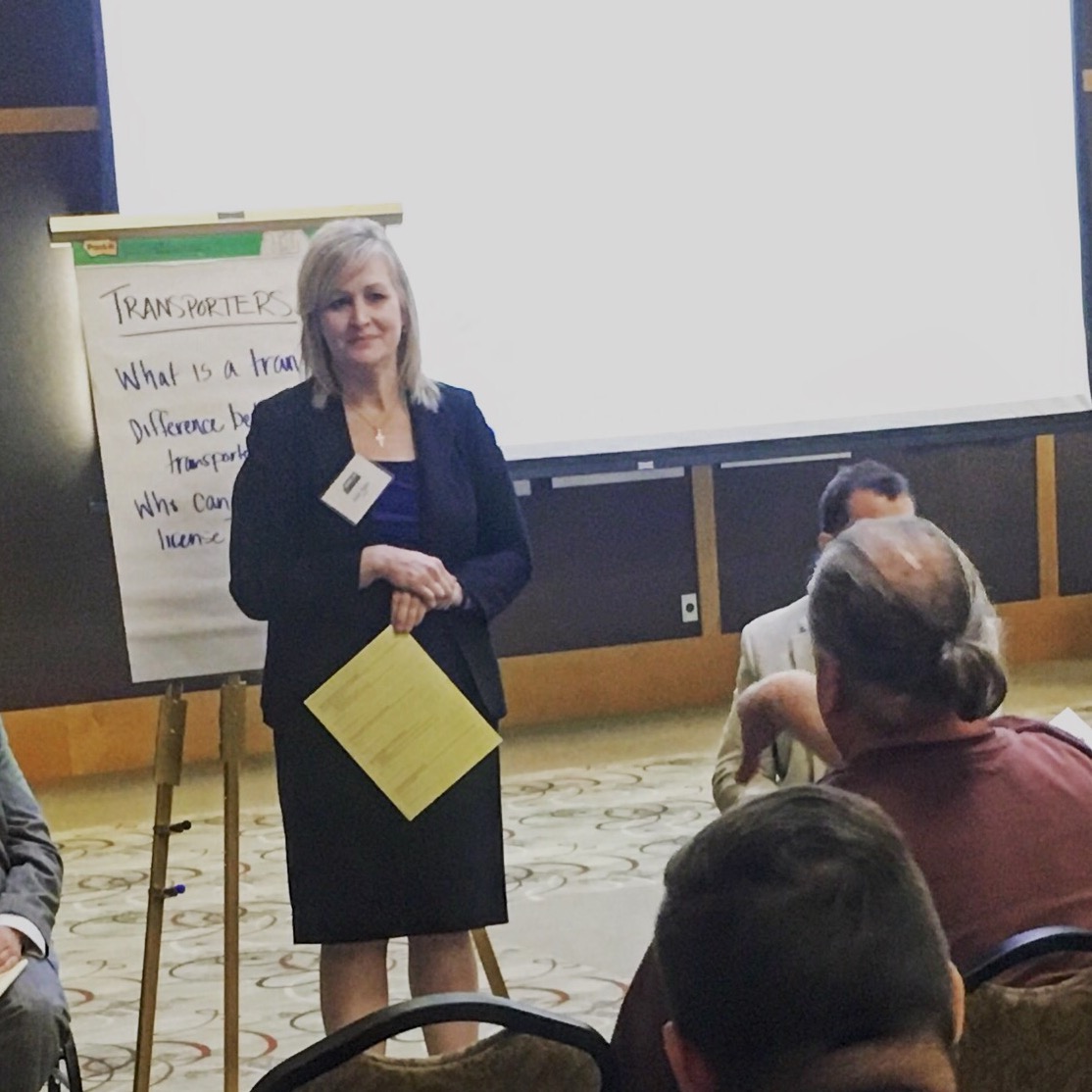 Lori Ajax, Chief of California's Bureau of Medical Cannabis Regulation, talks to the transportation break-out group in at the pre-regulatory public meeting in Sacramento in September.

MENDOCINO Co., 2/28/18 — California’s newly minted cannabis bureaucracy is coming to Ukiah Thursday, at a special “summit” dubbed “The First 60 Days of Proposition 64.” The event, which is being hosted by State Senator Mike McGuire and Assemblyman Wood, will be held at 6pm on March 1 in the Ukiah Valley Conference Center. The summit will be following a free licensing workshop and discussion for cannabis businesses from 2 – 4pm organized by Bureau of Cannabis Control and other cannabis regulatory agencies.

“The Golden State is in the early stages of a transition out of the prohibition era,” explained McGuire, in an interview. “I think it’s an important time to have the conversation about protecting California’s small family cannabis farmers.” He explained that the forum, described as “the first of its kind in the state,” was organized as a way to both ease the transition for cannabis businesses coming into compliance, and take stock of how the new regulatory system is working. 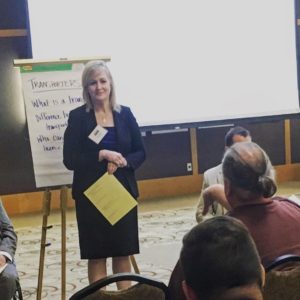 Lori Ajax, Chief of California’s Bureau of Medical Cannabis Regulation, talks to the transportation break-out group in at the pre-regulatory public meeting in Sacramento in September, 2016.

To that end the summit will feature representatives from both newly created state agencies and local regulatory agencies — ranging from Lori Ajax, Chief of the Bureau of Cannabis Control, to Mendocino County Supervisor Dan Hamburg, Ukiah Mayor Kevin Doble, and Interim Director of Planning & Building Ignacio Gonzalez. The forum will also include leaders from several local companies, such as Flow Kana, and cannabis advocacy groups like the California Growers Association (CGA), discussing the impacts of the “green rush” on the market (full list is below).

There will be opportunities for the public to make comments and ask questions during both the summit and the proceeding training session. The summit will also be broadcast live at this link.

“Our goal for this event is to bring the State of California to the North Coast and Mendocino County,” McGuire said, who been an advocate of the small family cannabis farm. He emphasized that the summit is a way for the North Coast’s cannabis businesses to get the latest information, ask questions, and voice their concerns about the new regulatory system and business taxes under Proposition 64 — without having to travel to meetings in Sacramento or the Bay Area.

One particular issue for small farmers is the removal of a temporary one-acre cap on cultivation licenses that was part of Prop 64 but not included the California Department of Food and Agriculture temporary licensing requirements for growers. This change in regulations has prompted a lawsuit from the CGA and a letter expressing disapproval of the cap’s removal from McGuire and his counterpart Assemblyman Jim Wood.

“We know this will be a significant issue,” McGuire said of the acreage loophole, which currently allows license “stacking” to create larger grows than was allowed under the language of Prop 64 or draft cultivation regulations, in which larger cultivation sizes were delayed for several years. “We need to follow through on the campaign promises of Prop 64, that their livelihoods would be protected — they are the heart of this industry, they need to be protected,” he said. 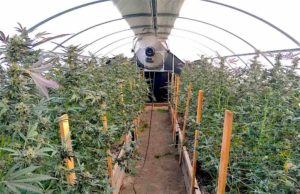 Multi-generational cannabis growers have struggled with the transition to the new fully legal commercial market. Unlike in the old unregulated days, the “adult-use” market means compliance — not only with with a host of state agencies, but also with city and county licensing agencies and regional authorities like the Water Quality Control Board. A large number of “Emerald Triangle” growers have decided to forego licensure under the new system or just leave the industry, citing the cost of compliance or concerns about the new regulatory system. Some of these issues are outlined in a recent report from the CGA, based on reports from farmers around the state, titled “An Emerging Crisis.“

“We need to make sure that regulations for smaller cannabis farms are reasonable and attainable,” said Assemblymember Jim Wood in a press release. “Without that, I am concerned that these farmers, who are an important part of the North Coast economy, won’t have an incentive to comply and may return to an underground economy that could adversely affect public safety and the environment.”

One plan to help North Coast cannabis businesses on the path to compliance is the creation of multi-agency “one stop shop,” where canna-business owners can pay taxes, submit licensing applications, and ask questions of regulators without traveling hundreds of miles, an issue exacerbated by the lack of banking protections and the need to use cash. Such a multi-agency center on the North Coast was specified in legislation last year and money has been budged for its establishment. McGuire said that the center should be operating by this summer, and the exact location will be announced soon. It will be able to address “all issues related to licensing and taxes, office will be focused on licensing and taxing of cannabis, and individual farmer and business owner, walk in an get all their questions answered by state experts.”

McGuire pointed to several aspects of the current regulations he hoped would support North Coast cannabis businesses, including the ability of farmers to “establish co-ops to negotiate on price, which is critical.” He also highlighted the creation of cannabis appellations, like those for the wine industry, and labeling requirements protecting the “county of origin” as important for keeping cannabis cultivators competitive in the new market. Locally, the Mendocino Appellations Project was the first in the state to begin outlining cannabis appellations, and the county’s cannabis cultivation licensing system includes an option to be certified akin to an organic certification.

There are many proposed pieces of legislation this session that would modify or expand the existing cannabis regulations, including allowing cultivator sales at cannabis events — an issue crucial to many communities courting canna-tourism — the creation of a state-chartered bank, and the establishment of a Sun-Grown Cannabis Commission. Asked about the proposed legislation, McGuire said he was “focused on a successful implementation of Prop 64. All eyes must be on the prize — and that’s a successful implementation of new adult cannabis law, making sure all agencies are fully funded, which they now are.”

You can watch some of the sessions held in Sacramento to discuss the implementation of the new regulations at these links: two previous Governance and Finance Committee’s hearings: “California Cannabis in a Turbulent Time,” (February, 2017) and “Preparing for California’s Green Gold Rush – Implementing Proposition 64 Taxes” (July, 2017), these videos are available by searching here.  There have also been a series of recent meetings in Sacramento where Mendocino farmers have testified about their concerns with the new regulations.

The full list of speakers and discussion topics is included in the press release below:

Hearing will be streamed online live at http://sd02.senate.ca.gov

Sacramento, CA – In November 2016, California voters approved Proposition 64 legalizing recreational cannabis. California is now coming out of a prohibition era and Golden State residents are seeing the migration of North America’s largest cannabis market into the light of a regulated and legal system estimated to be worth an approximate $7 billion annually.

Senator Mike McGuire and Assemblymember Jim Wood will hold a first-of-its-kind hearing this week in Ukiah to discuss the “First 60 Days of Prop 64”. This will be one of the largest and most comprehensive events of its kind since the initiative went into effect earlier this year.

The hearing will be an official joint meeting of the Committee on Governance and Finance, chaired by Senator Mike McGuire and will be held at the Ukiah Valley Conference Center at 6 pm on Thursday, March 1.

The committee will hear testimony from leaders of state and local agencies, as well as the cannabis industry. Committee members will first hear from Mendocino County Supervisor Dan Hamburg and Ukiah Mayor Kevin Doble with welcoming remarks, after which the following witnesses will testify in three panels:

The Green Gold Rush: Will it Pan Out for California Businesses?

One thought on “Senator McGuire will talk Prop 64 at Cannabis Summit in Ukiah, Thursday”