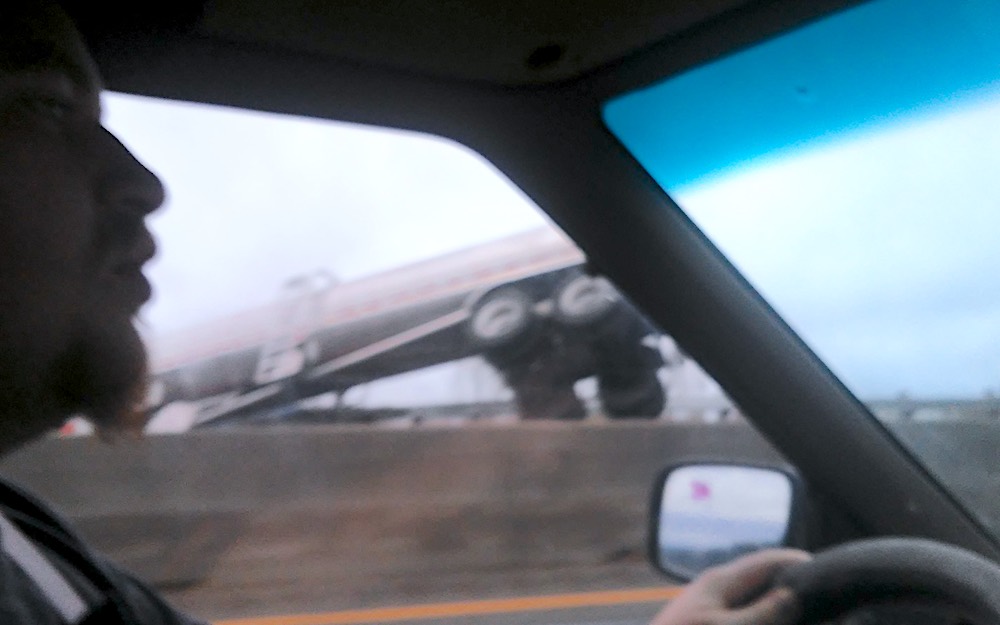 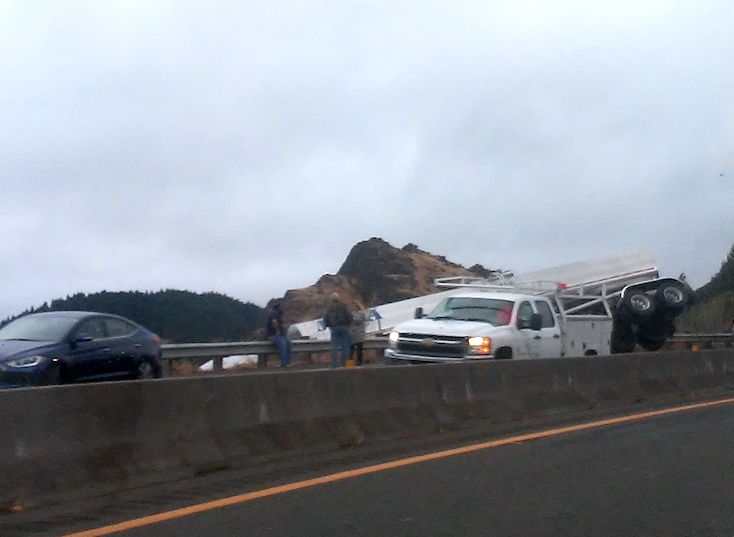 Ridgewood grade, from a reader.

WILLITS, CA, 10/19/17 — An empty tanker has gone over the rail on the Ridgewood Grade, and is straddling the guard rail. The accident occurred in the southbound lane of U.S. Route 101 between Willits and Ukiah, just south of the Harris Quarry near the top of the grade, at mile marker 40. There are one-way traffic controls in place and the southbound lanes are currently closed, the California Highway Patrol (CHP) is diverting traffic into one of the northbound lanes to allow cars to continue south, as of about 5:45 pm. The CHP incident report states that the brakes on the tanker locked up, and a tow truck was on the way to the scene as of 5:25pm, but may take over an hour to arrive. Expect traffic to be slow in both directions.

The CHP incident report states that it is fuel tanker. An announcement to media states the tanker is empty. Readers are reporting that scanner traffic is calling it a milk truck.

It does not appear that the driver or anyone else was seriously injured based on the incident report.

CalTrans posted this message and photograph on their Facebook page, “Parts of District 1 are experiencing high winds and rains this afternoon. Please drive with extra caution, and SLOW DOWN. This empty tanker truck ended up over the guardrail just south of Willits on U.S. 101 this afternoon. Caltrans is responding to provide traffic control, but southbound traffic will be restricted to one lane for hours to recover the truck.” 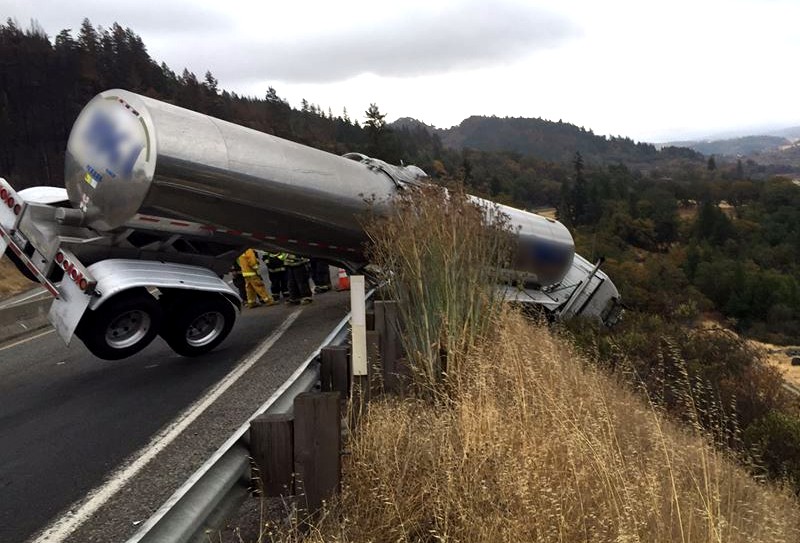 A reader who passed by the accident described the 18-wheeler as “hanging by two wheels” and sent along these photos. We’ll update as more information becomes available. 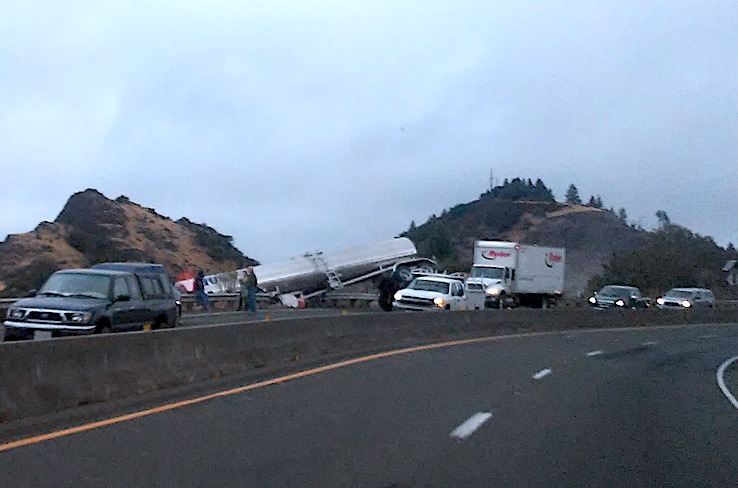 Today is the first day of rain in several months, so be careful driving out there.