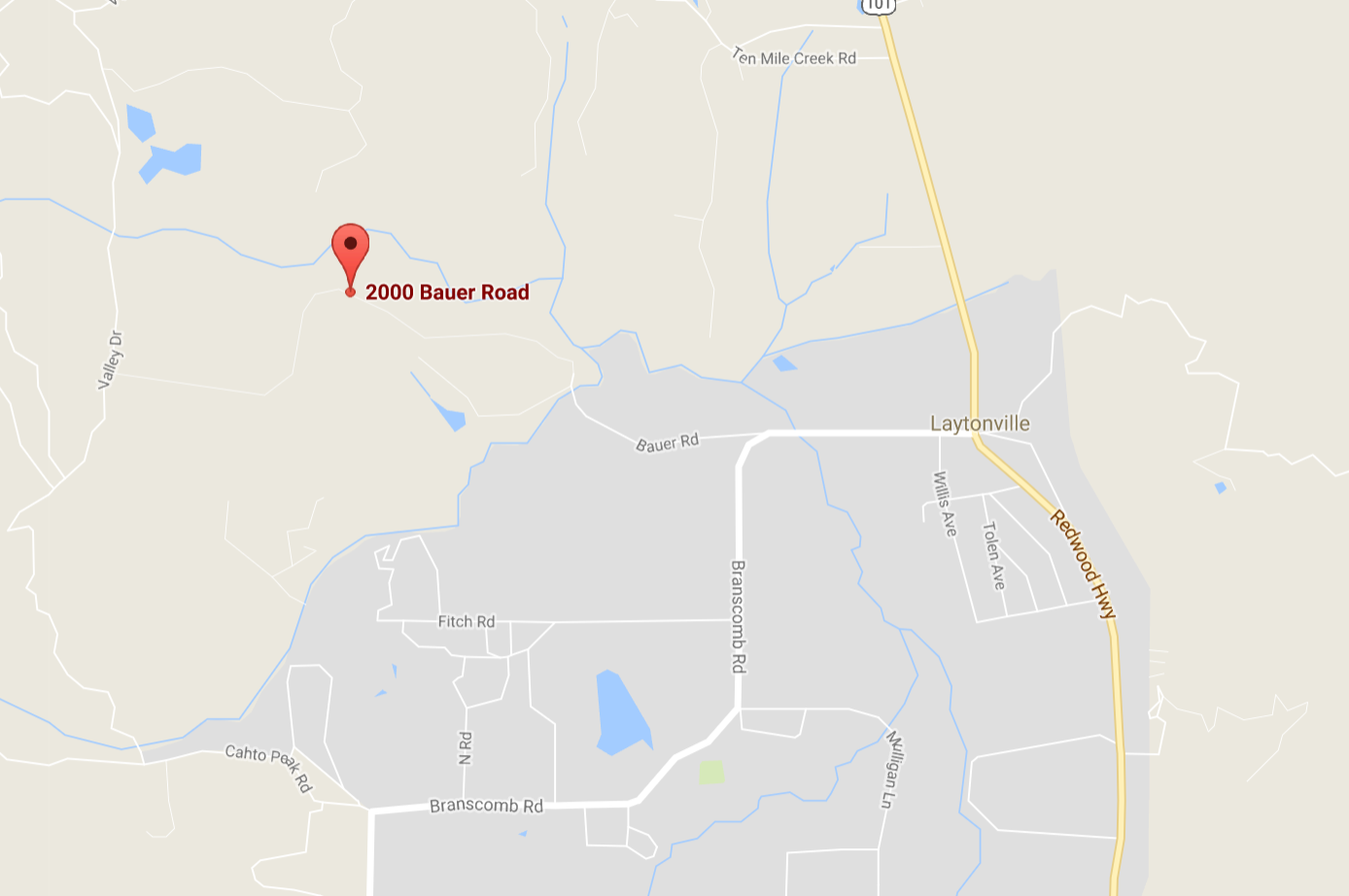 MENDOCINO Co., 8/5/17 — A fire has sprung up west of Laytonville near the vineyard on Bauer Rd. The fire has burned about two acres, but CalFire is reporting that forward progress has been stopped, and it is now contained. Three engines and one handcrew will be committed for a few hours to mop up.

According to scanner chatter, local crews from the Long Valley Fire Department were on the scene quickly and got the situation under control efficiently.

A few tankers and a helicopter were initially sent to the fire, as well as CalFire engines.

#VineyardFire Report of brush pile on fire on Bauer Road near the vineyard pic.twitter.com/5b3N1RD9Lx

#VineyardFire Update: contained at 2 acres- 3 engines and 1 handcrew will be committed for approx 3 hours for mop-up.

Here is what Mendocino Sports Plus has posted: