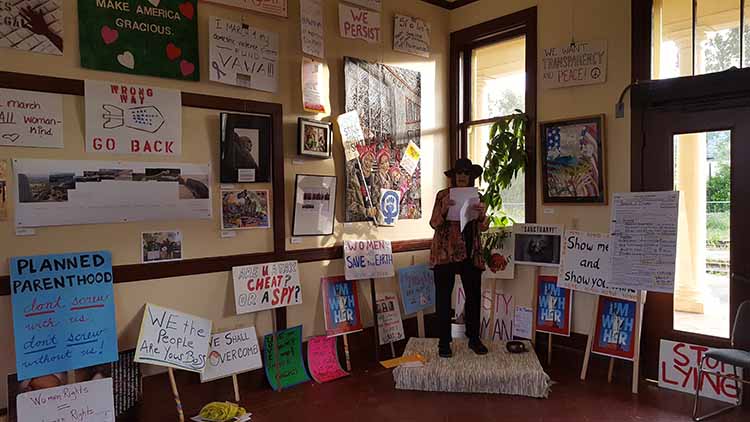 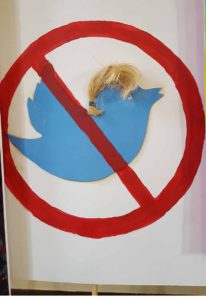 UKIAH, 5/13/2017 — In a time of frequent protests, a local group has organized an art display of protest signs. “Signs of the Times: artists respond to the election” is a curated show of quilts, placards, collages and one enlarged tax return that serve as critiques of the current presidential administration. Local musicians, as well as poets Armand Brint, Linda Noel, and Mary Norbert Korte performed for visitors on opening night, May 5. “There was a need for artists to have a place to share the ideas that are bubbling up,” said Melissa Carr, a local poet who helped organize the poetry reading.

The display opened at the depot at 309 East Perkins Street in Ukiah on the first Friday in May. Dot Brovarney, a local historian and former curator at the Grace Hudson museum as well as the county museum, said the idea to collect signs came to her after the women’s marches on January 21, though she herself did not make a sign for the march she attended in Ukiah. Brovarney is part of the Arts Action Group, a committee of the Mendocino Courage Campaign, a progressive advocacy group.

Here are some photos of work from the show: 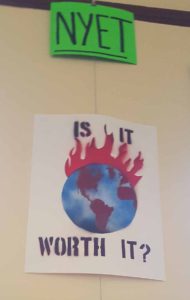 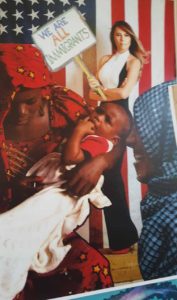 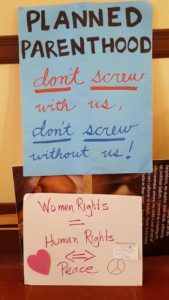