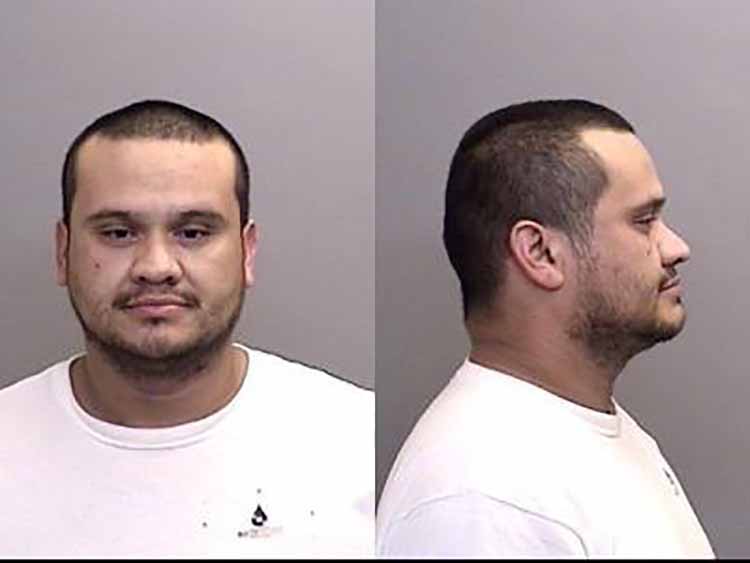 MENDOCINO Co., 5/25/2017 — A man and a woman were arrested on May 22 for the theft of an excavator bucket, possession of methamphetamine, and evading a peace officer. Here’s a press release from the sheriff’s office. All parties are presumed innocent until proven guilty.

11377(a) HS – Possession of a Controlled Substance

Synopsis:
On 05-22-2017 at approximately 3:15 p.m., Mendocino County Sheriff’s Deputies received a radio call for service regarding a theft in the 47900 block of Center Street in Gualala, California.

Deputies contacted a representative of Robertson Enterprises and determined an excavator bucket with an estimated value of $1,800.00 was stolen from the aforementioned location between 05-15-17 and 05-16-17.

Deputies determined the location of occurrence was outfitted with surveillance equipment and upon review Deputies identified Edgar Figueroa-Garcia and Melissa Harbuck as suspects to the theft.

A short time later, Deputies observed a vehicle associated with Figueroa-Garcia in the area of South Highway 1 and Old State Highway/Old Stage Road.  As Deputies initiated a traffic enforcement stop on the vehicle, the driver failed to yield and evaded Deputies northbound onto Old Stage Road.  Deputies pursued the vehicle into the 40000 block of Old Stage Road where the driver yielded without further incident.

As a result of Figueroa-Garcia’s arrest, Deputies were able to recover the aforementioned stolen property at a location in Sonoma County with the assistance of Sonoma County Sheriff’s Deputies.

Harbuck was cited and released at the scene for possession of a controlled substance and a confirmed outstanding misdemeanor warrant for driving on a suspended license.