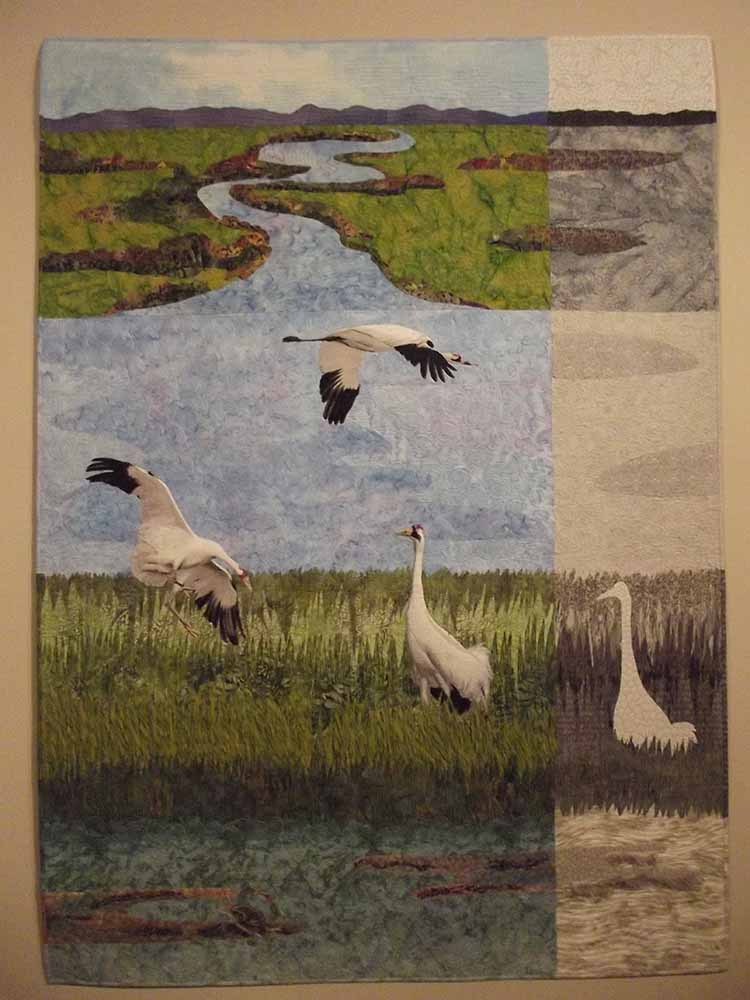 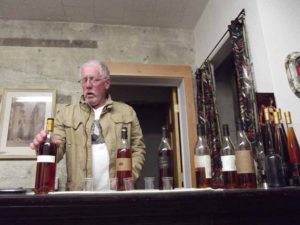 UKIAH 4/11/2017 — The first Friday art walk in Ukiah featured two new businesses, quilts that could have served as illustrations in classic children’s books, and an object that bore a strong resemblance to a human skull.

The new businesses were Thistle, a women’s clothing store at 118 South State Street, and a Germain-Robin tasting room attached to a “museum of encountered objects” on 108 West Clay Street. The quilts, which ranged from playful to poignant, were part of the “Wild Fabrications” show at the Grace Hudson museum, where Marcos Pereda played guitar and sang as visitors perused the display. And the skull was keeping company with a silver spoon and a row of brass squirrels. 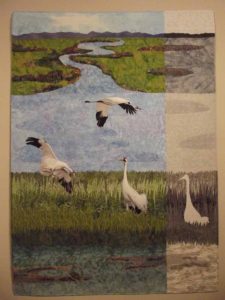 Gillian Berry and Katie Graham, the proprietors of Thistle, were putting the final touches on the new business, which opened Friday night. The store, formerly the site of Country Palette, now features an array of posters, including Frank Sinatra’s famous mug shot and a movie poster from “Ferris Bueller’s Day Off.” The clothing is from lines that are made in the U.S. or in overseas facilities that Berry said do not use child labor. “We both own other businesses and have a bunch of kids,” Graham said, as she arranged a display of jewelry beside a headless mannequin. Berry owns Sweet Cheeks, the nearby lingerie store, and also owned the now-closed Country Palette. Graham is the owner of Studio Fit, on Kunzler Ranch Road at the north end of Ukiah. 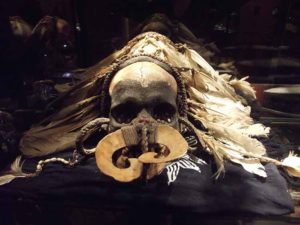 One of the items in the Museum of Encountered Objects

The mannequins were not destined to be headless forever. They would model ethically made outfits plus panda and unicorn heads crafted by Berry for the evening’s opening. On Friday morning, the owners slipped the heads on over their own hair for a quick photo op. “Why am I smiling under this mask?” one of them wondered, her voice distorted by her headgear.

It was raining lightly that evening, but art walkers came by to mill around the new store and help themselves to snacks. They packed the Art Center, as always, and turned out in respectable numbers for a look at the quilts that will be on the walls at the Grace Hudson museum through June 25. 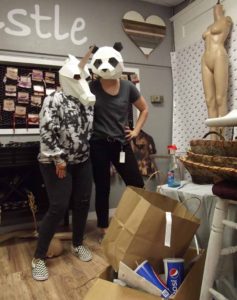 The quilts featured animals both real and imaginary. A few, like Cat Larrea’s portrait of a polar bear, “Now You See Him,” and Sara Sharpe’s “Can we Save the Whooping Crane?” presented images of animals that currently exist but may soon be extinct. Sharon Rossi’s “The Blue-Eyed Beast” incorporated an ancient tradition into her imaginative rendering of a child with paws and a tail and a pelt that appears to be made out of leaves. The “beast” of the title lounges inside a giant letter “B,” next to a passage of quilted Latin phrases, like a page from an illuminated manuscript. This beast is a forest spirit, protecting the environment while appearing to be highly vulnerable, himself. 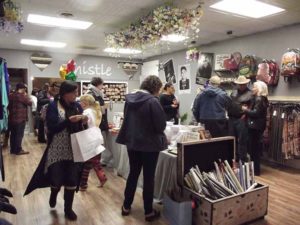 The opening at Thistle

The evening ended at the Germain-Robin tasting room, next door to the pavilion in Alex Thomas Plaza. There, proprietor and Germain-Robin distillery co-founder Ansley Coale poured thimblefuls of liquid from bottles containing rose petal mead and thirty-year-old first-flight brandy. Germain-Robin brandy is distilled from an antique potstill, salvaged from the Cognac region in France and now hard at work in Mendocino County.

Next door to the tasting room is the “museum of encountered objects,” assembled in glass cases alongside bottles of handcrafted spirits. Linda Newton, whose collages are also on display, described the collection as “eclectic.” It includes an old rusted toy model tractor and a brass casting of a frog, the latter of which is giving a ride to two creatures that might be partly human. A black-and-white photograph of a row of unsmiling young men is tucked behind an intricately woven, dollhouse-sized rug with a silver spoon on top of it. And there is the skull, or a very realistic depiction of one, adorned with beads and feathers and a swirl of something carved and yellowed, concealing the bottom half of the face. “When you get to know Ansley,” Newton remarked, “you’ll understand why he chose these things.”