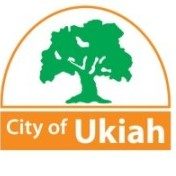 Due to the passage of Measures Y and Z in November, the sales tax in Ukiah will increase, with monies intended to repair city streets. Here’s the press release from the City of Ukiah, with some info about the pending lawsuit against the city regarding the initiatives.

Ukiah, CA. March 29, 2017.  – Effective April 1, 2017, the sales tax in the City of Ukiah will increase by one-half of a percent to 8.375%. This increase is a result of Measure Y passing in the recent November election. Measure Y was a general sales tax measure. Measure Z, also on the ballot as an advisory measure, asked voters if they wanted the increased revenue used for the repair and maintenance of City streets.

In January, the Howard Jarvis Taxpayer Association (HJTA) filed a lawsuit against the City of Ukiah, seeking to invalidate Measure Y.  HJTA, a non-profit corporation based in Sacramento and Los Angeles, claims that the advisory Measure Z converted Measure Y from a general to a special tax. Under Proposition 218, a general tax can pass by a simple majority vote, whereas a special tax imposed for a specific purpose requires 2/3 or more voters in the election to vote in favor.  Measure Y passed by a majority vote.

According to City Attorney David Rapport, this argument lost in a 1998 legal challenge to a local sales tax approved by voters in Santa Clara County. In that case, the tax measure and an advisory measure asking how the voters wanted the revenues from the tax to be used were on the same ballot. The challengers relied on Proposition 62 and Article XIII in the State Constitution, which, like Proposition 218, requires a majority vote for a general tax and a 2/3 vote for a special tax. In that case, the court ruled that advisory measures, as the name suggests, are advisory, not binding on a city or county.  Because Measure Z was advisory only, Rapport states that in his opinion Measure Z did not convert the ordinance approved by the voters as Measure Y from a general tax to a special tax.

Because of this pending legal challenge, the revenue collected from the increased sales tax will be placed into an escrow account until a determination is made by the courts.  For more information on city and county tax rates, please see www.boe.ca.gov, look under the category “Popular Topics,” and select the link “All Sales and Use Tax Rates.”  You may also call the Customer Service Center at 1-800-400-7115 (TTY:711).