According to the press release, Brady has worked for Caltrans for 25 years, starting his career in Caltrans’ 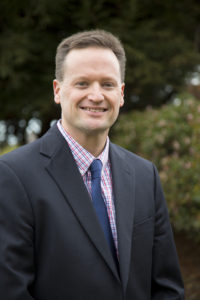 District 12 in Orange County after “graduating from Santa Clara University in 1991 with a Bachelor of Science degree in Civil Engineering.” Brady is a certified Project Management Professional, and a California licensed Professional Engineer, and also worked for six years in Caltrans Structure Design in Sacramento before “become a Senior Transportation Engineer in 2000, serving as a California Transportation Commission Liaison with Transportation Programming, also in Sacramento.” Beginning in 2001 he was served as a Project Manager and since 2004 has served as the District 1’s Deputy District Director of Program and Project Management.

Matt has delivered many high profile projects such as the Willits Bypass, Ten Mile River Bridge, Confusion Hill Realignment, Alton Interchange, and Mad River Bridges.  He has also taken on special assignments including a 15 month rotation as the Deputy District Director of Maintenance & Operations in District 1, and as the Division Chief for the Headquarters Division of Engineering Services.

In the five months since the retirement of former Director Charlie Fielder and Brady’s hiring, Tim Craggs has served as Interim Director and will return to Sacramento. Craggs wrote on the Caltrans District 1 Facebook page:

“Congratulations to Matt! Under his leadership, Caltrans District 1 will continue to do great things! Thanks to all for the opportunity to serve as Interim D1 Director. It was an honor to work with such a professional group of employees dedicated to the safety and operations of the California’s North Coast Highways!”

In an email, Phil Frisbie, Jr. said he would not beputting out a formal press announcement of his own promotion, and that he would continue to serve as the Public Information Officer for Mendocino and Lake counties until recruitment and hiring took place for the open position, which he expected would take at least two months.