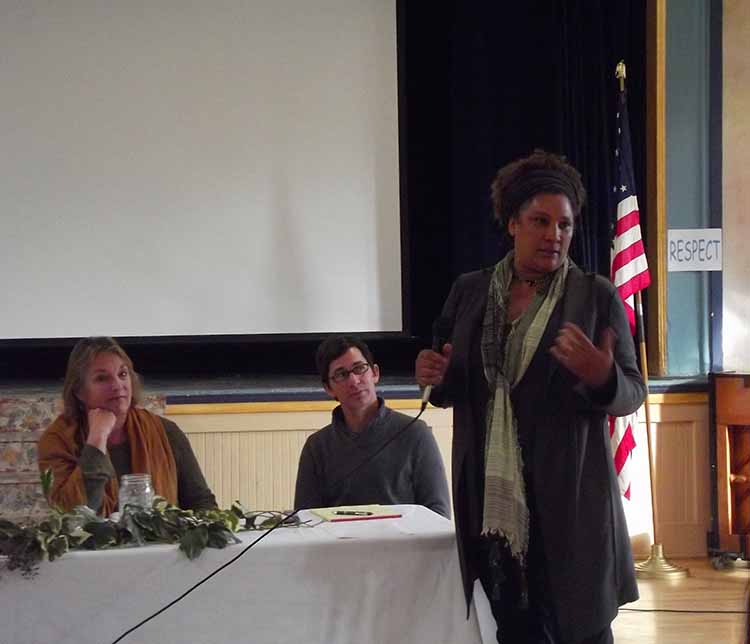 WILLITS 2/13/2017 — The Mendocino County Food Policy Council held a forum Monday at the Little Lake Grange in Willits to talk about how to boost the local food economy. Panelists and community members seemed to agree that by working together on a savvy marketing strategy and implementing ideas that have had success elsewhere, purveyors of locally grown foods will have a chance to flourish.

Panelists at the event included Arianna Chiechi, of the MendoLake Food Hub; Ian Fitzpatrick, of Grown Local, a food product label by NCO and Radiant Tribes, a Mendo County marketing firm; Brent Haugen, Executive Director of Visit Mendocino County; Lisa Ludwigsen, marketing manager of the Ukiah Natural Foods Co-op; and former Willits mayor Holly Madrigal, who discussed her community food publication. The Mendocino County Food Policy Council is a network of farmers, restauranteurs, marketing and tourism pros, and others who have an interest in the local food system. The fiscal sponsor is North Coast Opportunities (NCO).

Chiechi started out with a run-down of the MendoLake food hub, which collects and distributes produce grown by farmers in Lake and Mendocino counties. Farmers can drop off their goods at “nodes,” or railroad cars that have been converted into refrigeration units, and a driver will deliver them the rest of the way to restaurants, schools, and retail establishments. Chiechi said about 25 small farmers participate in the program, at various levels of frequency and volume. 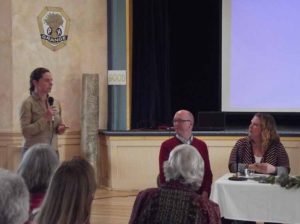 One of the ongoing frustrations for small local farmers is the high cost of land. While Fitzpatrick delicately referred to cannabis as a “fulcrum crop” that enables many pot farmers to grow less lucrative products, the future price of land and cannabis is uncertain.

Ludwigsen, the marketing manager at the co-op in Ukiah, sees an opportunity in this. “The black market has held everybody back,” she opined. With her background in marketing for Whole Foods, she believes that the rising cost of living in the Bay Area is pushing a sophisticated consumer base further north. If the iconoclastic northern growers can clean up their act and appeal to a stylish urban audience, she believes the monied migration could be “an opportunity for local producers.”

Fitzpatrick tapped into the tradition of self-sufficiency when he spoke of opportunity and possibility. But he cited statistics from the management consulting firm A.T. Kearny when he said that Mendocino County residents, who spend $137 million a year on food, spend less than 1% of that on locally produced comestibles. He recommended a robust social media presence, heavy on stories about the food and its producers. 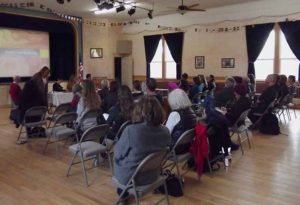 To that end, Madrigal talked about her publication, “Word of Mouth.” The third and current issue features stories about local food that range from her own essay about cooking a meal with her husband to Cynthia Ariosta’s piece about entomophagy (insect eating).

Madrigal was inspired by the “Edible” franchise of food mags, but the cost of joining up with the already-established publication was too high. “How do we do it in Mendocino County?” she asked. “We just bootstrap it and make it happen.” As with starting a magazine, she advised culinary entrepreneurs to “Build it, and they will come.” She added that she has a framed copy of a “back of the napkin business plan” for a slow food cooking school, and suggested that “If anyone has millions of dollars and wants to help me make that happen, that would be great.” 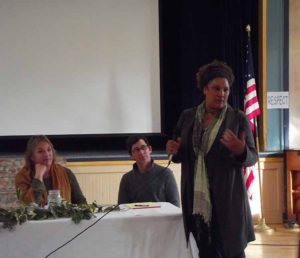 Haugen, of Visit Mendocino County, amended one of Madrigal’s comments to say, “If you feed them, they will come.” He described how he arranged for guests at a Bay Area travel writers’ retreat to be impressed by a meal from Good Earth Kitchen, served among the paintings at the Willits Center for the Arts. “There were definitely oohs and aahs,” he reported.

As Adrienne Moore, the Willits city manager, noted near the end of presentations that focused on promoting the distinctive physical characteristics of food and its setting: “You can’t get a meal online.”