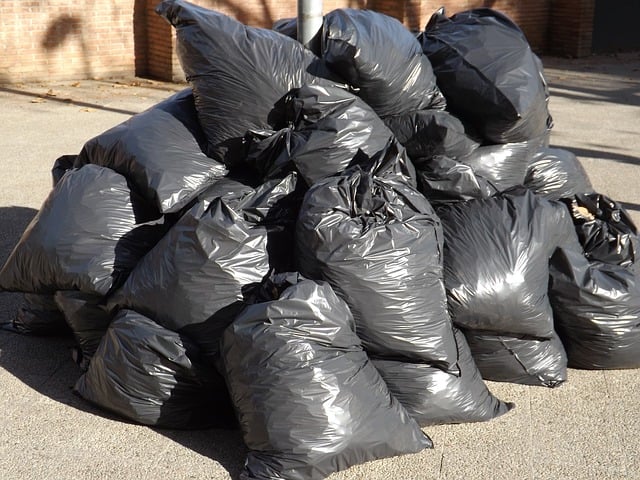 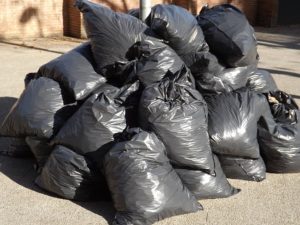 MENDOCINO Co. 12/30/2016 — Tensions flared around questions of a rate increase for garbage hauling at a Mendocino County Board of Supervisors meeting last Tuesday, Dec. 20. Solid Waste of Willits (SWOW) owner, Gerald Ward, told the board that he might have to file for bankruptcy if the board does not grant his company the rate increases that he’s seeking. However, Louisa Morris, the new general manager of Mendocino Solid Waste Management Authority (MSWMA), a joint powers authority created by the County of Mendocino and the cities of Ukiah, Fort Bragg and Willits that handles regional waste diversion contracts and is the solid waste director for Mendocino County, claimed that Ward’s company finds itself in a precarious fiscal situation not because of rates in Mendocino, but instead because of bad investments made in Humboldt County. Faced with the possibility of losing SWOW’s services, the supervisors voted unanimously to reconstitute an ad hoc committee that will try again to work out an agreement with the contractor.

Ward and the county have sparred over the state of SWOW’s finances for over a year, according to Fifth District Supervisor Dan Hamburg, who is the MSWMA board president. Ward requested a larger rate increase for SWOW’s Mendocino contracts last December. In May, 2016, an ad hoc committee consisting of Hamburg and Third District Supervisor Tom Woodhouse responded by offering six concessions instead. These included moving recycling buy-back centers to the South Coast and Boonville transfer stations, reversing a collection rate decrease in South Coast, and increasing the gate fee at the Covelo transfer station. According to a December 5, 2016 memo from Hamburg and Morris to the board of supervisors, CEO Carmel Angelo and County Counsel Katharine Elliott, if Ward insisted on the larger rate increase instead of accepting the concessions, the process for implementing the rate increase required an independent audit, with the contractor paying for an auditor of the county’s choosing. “The County (sic)… anticipates a fee of $33,362” for the audit, they wrote. Ward refused the concessions and continued to request the rate increase.

In comments Ward delivered to the full board in person at the December 20 meeting, he said, “If you want an audit, I’m not going to be around to do it.”  Ward said his loans at Union Bank have been cancelled, and that his new banker at Comerica Bank told him that raising rates would be the only way to maintain his line of credit. He added that he planned to meet with a bankruptcy attorney early in January. “My Christmas gift to myself may be that I’m out of business,” he said.

MSWMA General Manager Morris and Hamburg concurred with Ward’s claim that Union Bank had canceled his loans, forcing him to get replacement financing from the Dallas-based Comerica Bank on less favorable terms. But the memo also states that SWOW realized a 12.23% profit margin last year, compared to an industry standard of 5.35%.

“You see why I wanted to bring this to the board,” Hamburg remarked, as the assertions about interest rates and profit margins grew ever more intricate and heated. “You see in our memo where we think most of Mr. Ward’s problems are, but we don’t have the financial information to provide to our ratepayers to say hey, why are our rates going up so much?”  The memo he referred to states that SWOW showed a $304,133 operating loss at its Humboldt interest in 2014 and a $175,298 operating loss in 2015.

Second District Supervisor John McCowen agreed that “I don’t want to see Mendocino County ratepayers make up the difference for what may have been a bad investment in Humboldt County, but I also don’t want to see our operator go out of business, because where would that leave us?”

Fourth District Supervisor Dan Gjerde referred to Morris’ assertion that the company is for sale, saying, “My concern is, what if the board approves concessions…then there’s a new owner of the company. The new owner will have new debt, because they paid something for the company, and then under that scenario, potentially, the new company comes and says, we want another rate increase. We paid too much for this company.” He suggested the appropriate response to Ward’s request for a rate increase would be “We would offer something, but only contingent upon there being an audit concluded within a certain time frame…rather than just approving a rate increase, without ever getting the audit that we need.” To that, McCowen countered that there is no time to conduct an audit, if Ward is indeed so close to bankruptcy.

First District Supervisor Carre Brown voiced her concern for the 80 workers at SWOW by saying, “I don’t want to see any employees lose their jobs…We can’t afford to lose this company. There have to be some concessions to allow them to stay in business if it’s as serious as we’ve been told.”

Just before the board voted, Morris spoke up to defend her work. She said she worked closely with the assessor and an accountant who specializes in solid waste. “I think if we were to have an independent audit, the same thing would happen. You have all the information before you in this memo. I don’t think it would change what I’m recommending and what the analysis would show.”

The supervisors voted unanimously to appoint Hamburg and McCowen to the reconstituted ad hoc committee, meet with interested parties, and report back to the board as soon as possible.

In her comments, Brown agreed that Morris’ work was sound, saying, “I wasn’t trying to trash her;” but, “I think we should give it one more chance.”

Other highlights from the December 20 meeting

The board was also treated to several other matters, including a year-end wrap-up from the Mendocino County grand jury, the possibility of clarification on Measure V, and a request from a former colleague.

The grand jury gets a prize

Kathy Wiley, the 2016-17 Mendocino County Grand Jury foreperson, and Finley Williams, a former grand jury foreperson, updated the board on grand jury activities in the last year, which included winning a prize from a state association. Topics that came before the grand jury’s attention included, but were not limited to, budget transparency on Prop 172, the planning and building code enforcement in Point Arena, District Attorney David Eyster’s marijuana restitution program, and mental health services in the county. Wiley said the grand jury also “took a look” at the dispute between the CIty of Ukiah and the Ukiah Valley Sanitation District, but that the jury has an internal policy that does not allow it to make reports that might affect litigation. However, she said, in the event of litigation, “ratepayers would be on the hook, so that was an issue of great concern.”

In November, the California Grand Jurors’ Association (CGJA) awarded the Mendo County grand jury the Robert Geiss Excellence in Reporting Award for its 2014-15 report on the library’s record keeping and fund disbursement. According to the CGJA’s website, the Mendocino County Board of Supervisors’ request for clarity from the state legislature regarding the payment of librarians’ salaries “May result in a change in how tax-supported librarian salaries are paid across California.” Williams told the board, “I think every agency needs to have somebody looking over its shoulder, and for you all, it’s the grand jury.”

Elliott asks the AG to clear up Measure V

In another request for clarity, County Counsel Katharine Elliott told the board she had asked for a legal opinion from the California State Attorney General’s office on Measure V, the new county ordinance declaring dead standing trees a nuisance. In July of 2016, Dennis Thiebeault, the executive vice president of forestry at Mendocino Redwood Company, sent a letter to CEO Carmel Angelo, citing state and county laws that he believes protect the company’s practices from being declared a nuisance. In remarks during a break in the meeting, Elliott said asking for the AG’s opinion could be a cheaper way of determining the legality of Measure V than fighting it out in the courts.

The new Frank R. Howard Memorial Hospital, at East Hill Road and Haehl Creek Drive, is not quickly accessible from the bypass, which was designed before the hospital was conceived. Pinches wanted the board to draft a letter to CalTrans, explaining that a southbound, emergency only exit could save an ambulance 10-15 minutes. He believes that, even though the bypass is a state highway, if the county supes and the Willits City Council lay out the health and safety need for the exit, CalTrans would likely be amenable. “I’m not saying they owe it to us, but I think they might oblige,” he concluded.