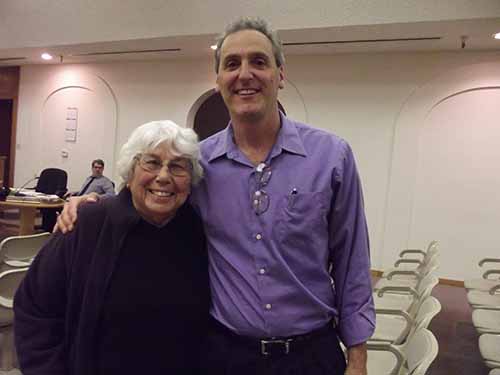 UKIAH — After a public hearing on Wednesday, November 9, the Ukiah city Planning Commission voted unanimously to approve a major use permit for the temporary winter homeless shelter due to open soon at 1045 South State Street in Ukiah. About two dozen people attended the hearing.

The shelter management plan calls for shelter guests to register at Plowshares, a nearby non-profit that offers free meals. According to the plan, a volunteer will drive the guests to the shelter, which will be open from 6pm-8am, seven days a week. Guests will be driven back to Plowshares in the morning. 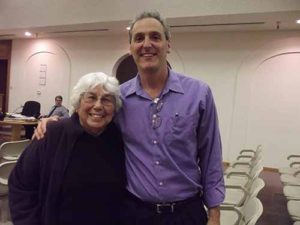 The Commission, minus Commissioner Michael Whetzel, heard a presentation by Associate Planner Michelle Johnson, who recommended approval of the permit. Ukiah Police Chief Chris Dewey also spoke in favor of the project. Property owner Dr. Robert Gitlin promised to be available to neighbors, and members of the Homeless Services Action Group (HSAG) urged the Commission to give the project the green light. One neighbor was unhappy with the shelter’s location, and another man who works in the area voiced concerns, but appeared to be mollified after his questions were answered.

The Homeless Services Action Group is a newly incorporated legal entity composed of private citizens and members of local non-profit agencies, including Manzanita, Ukiah Valley Medical Center (UVMC), Project Sanctuary, Redwood Community Services (RCS), and Mendocino County AIDS and Viral Hepatitis Network (MCAVHN). Heather Blough, of local Housing Authority, the Community Development Commission (CDC), sits on the HSAG board.* RCS will serve as the fiscal sponsor, lending its non-profit status to the project by accepting donations on its behalf. The shelter funds come from Mendocino County, the city of Ukiah, and UVMC, and will pay the $3,300 per month rent, among other costs. It’s scheduled to open as soon as possible, and to close in March. A building permit is necessary for minor alterations, including a wheelchair accessible ramp and a hookup for a shower.

Situated in the C2 heavy commercial zone, the shelter is equipped with commercial sprinklers, and wil accommodate 60 people, including staff. Two staff members will be required to be on site and awake all night to supervise the guests, who will be permitted to take recreation or smoke breaks in an adjacent chain-link enclosure. However, guests will not be permitted to come and go throughout the evening.

Chief Dewey offered testimony in favor of the shelter, saying HSAG had “one of the best plans we’ve seen,” especially the provision for registering guests off-site, which he believes will reduce loitering. Commissioner Christopher Watt said that last year, police received 74 calls regarding the temporary shelter at 943 Mazzoni Street. Dewey replied that the shelter is “vital to the community,” and predicted that police may receive fewer calls, with some of the homeless population indoors for the night.

A woman named Mary Julie Dunn, who owns a property on nearby Thomas Street, offered her own prediction that “tourists” would come to Ukiah on a bus to enjoy the “hotel” on State Street, which she found an objectionable location. She also said that transients had stolen water and electricity from her commercial building, and that she feared their presence would make it more difficult for her to rent her property.

Kael Loftus of UVMC, approached the podium and began by apologizing for being “dressed down.” Loftus runs the Street Medicine program, a UVMC-sponsored volunteer effort to go outside and provide medical care to the homeless. He explained that he had just come from working with the homeless at Plowshares, and that “corpo-drag clashes with what they’re comfortable with.” He told the commissioners he had recently bought a sleeping bag and a tent for a 65-year-old homeless man in renal failure, and acknowledged that “we’ll always find reasons not to do something.” Adding, “Let’s look for solutions.”

Property owner Robert Gitlin and HSAG Executive Director Aeolian Vincent De Paule promised to give the neighbors their cell phone numbers. Commissioners grilled the applicants about the poor quality of the ventilation and the flooring, how they planned to have the premises ready before the nights get really cold, and what they would do about transients loitering in the area.

The commissioners expressed some reservations towards the end of the meeting, though Commissioner Laura Christensen reflected that the impacts of homelessness “are there, we’re not bringing them there,” by granting a permit to the shelter. Watt, acting as chair in Whetzel’s absence, strongly recommended HSAG work on the operation plan and revise it. Though Commissioner Linda Sanders was still concerned about the condition of the building, she moved to adopt the Planning Department’s recommendation to approve the permit. Christensen seconded the motion, and all four commissioners voted in favor of it.

*This article has been updated with new information that the CDC is included on HSAG’s board.