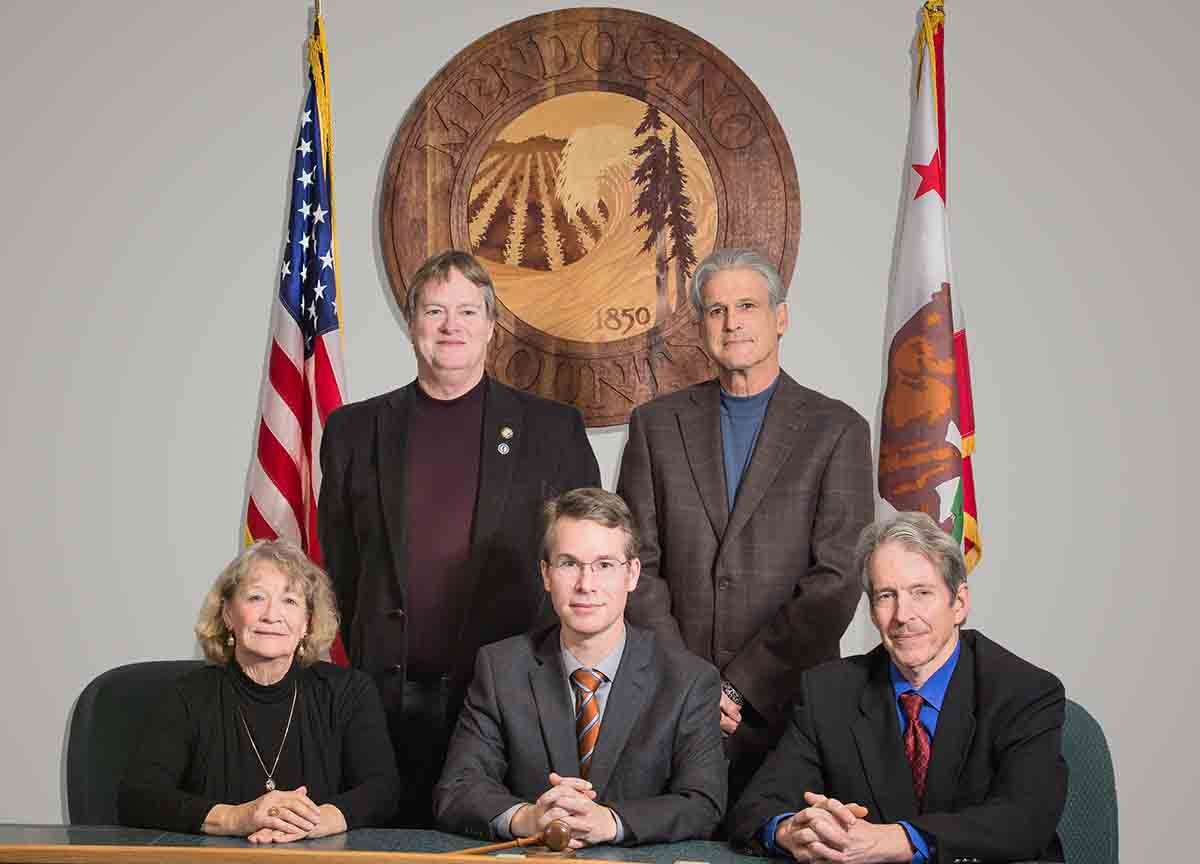 UKIAH — A facility for mentally ill and violent inmates, progress in the mental health transition, and a new location for an International Institute for Philosophy and Ethics at the Dharma Realm Buddhist University, all these issues came before the Mendocino County Board of Supervisors on Monday.

The board, minus Third District Supervisor Tom Woodhouse (now well into his third month of absence), unanimously approved the budget presented by Assistant CEO Alan Flora. Good news in the first quarter included higher close-out numbers from last year than were projected, which allowed the board to direct more money towards county roads. But other news, about the future of the county jail, was, as Fifth District Supervisor Dan Hamburg put it, “sobering.”

The money left over in the general fund from Fiscal Year 2015-16 was $8,827,145. About $1.6 million of that money will go towards maintaining the county’s roughly 650 miles of paved roads, which will bring the commitment from the general fund up to $2 million.

Sheriff Tom Allman addressed a recommendation to bring jail funding for the upcoming fiscal year up to $1,046,740, saying that “we’re on track to set record numbers [of inmates] in our facility.” The current jail is built to accommodate 304 inmates, but the passage of Prop 57 will re-direct many state prison inmates to county jails. Allman’s statements also touched on the uncertainty the recent presidential election has created, when he added that he didn’t “want to guess” how many undocumented immigrants will be detained in county jails under President-elect Donald Trump’s proposed policies. In order to house mentally ill and violent inmates, the sheriff explained that the county must come up with matching funds to receive $25 million from the state to build an additional state-of-the-art 64-bed facility. He expected this project would take five years to come to fruition.

Another agency looking for a facility is Redwood Quality Management Company (RQMC), which took over adult mental health services from Ortner last July. Executive Director of RQMC Camille Schraeder joined Health and Human Services Agency (HHSA) Director Tammy Moss-Chandler and Behavioral Health Director Jenine Miller to provide an update on the transition. “In order for us to truly solve mental health and crisis, we’ve got to solve the housing issue,” she said. She also said that her agency has a curriculum for a day program, but no facility to hold it in.

Between July 1 and September 30, 408 adult clients, age 25 and over received a variety of services. Since 2014, a majority of adult mental health patients in Mendocino County have been eligible for Medi-Cal under the Affordable Care Act (often called Obamacare). “We built our entire model on being able to support adults through the ACA,” Schraeder told the board, again bringing up the new situation the county finds itself in, in dealing with the federal government.

One entity that did have its housing questions answered was the International Institute for Philosophy and Ethics, on the proposed east campus of the Dharma Realm Buddhist University, at City of Ten Thousand Buddhas on Guidiville Road just east of Ukiah. At a hearing to consider an appeal of the planning commission’s decision to accept a mitigated negative declaration for a use permit to build the Institute, the board agreed unanimously with the planning commission.

The site plan for the institute, which had its environmental impact review (EIR) certified in 2002, was moved 400 feet to the north to accommodate expanding wetlands. The Planning Commission approved this change, but a resident named Jody Sangiacomo appealed it, alleging that the setback buffers were insufficient and that the site plan did not protect or preserve wetlands and prime agricultural soil. County Staff Planner Robert Dostalek told the board that no new evidence had been introduced into the record to support these claims.