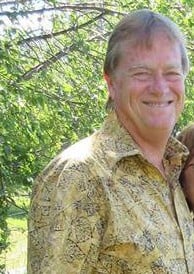 WILLITS, 11/23/16 — As of today, Wednesday Nov. 23, there has been no word from the family of Mendocino County Third District Supervisor Tom Woodhouse, or his lawyer, concerning his status on the board. On Friday morning, Nov. 18, Woodhouse was placed in conservatorship, and his wife, Carlyn Woodhouse, was appointed as conservator. On Monday Mendocino County CEO Carmel Angelo stated that neither Woodhouse nor an attorney for him or his family had contacted her office, and that she had no word as to how they would proceed. However, legal paperwork submitted in the case indicated that Chris Neary, a Willits attorney representing Carlyn Woodhouse in the hearing, had been in contact with someone in county government, though it is unclear who this might be.

Repeated calls to Neary, who also represents Tom Woodhouse in other matters, by this publication and others have not produced a statement. After Friday’s hearing Neary said a statement would be issued this week, “probably Monday or Tuesday.” An email to Woodhouse’s family was met with no response.

The area of California law that deals with how county governments operate is called the “Government Code.” According to that code if a supervisor does not perform their duties for three months they can lose their position. However, an exemption is made for a medical condition. Given its medical nature Woodhouse’s extended absence in no way jeopardizes his seat, as explained by Angelo. The executive office received a doctor’s note from Woodhouse in October. As a result, legally, the situation is that the Third District has a sitting supervisor, and the board of supervisors cannot take any action to remove him.

Sources close to the situation have indicated that it is possible that Woodhouse’s family wishes to continue his medical coverage after he loses his seat or resigns it, and will seek an extension or file for workers compensation. Indeed a source in county government explained that Woodhouse’s family was provided with workers compensation documents sometime in the last few weeks, but added that the documents have not been returned.

The paperwork filed for the conservatorship included an attachment giving Carlyn Woodhouse broad powers to not only resign on Supervisor Woodhouse’s behalf, but to pursue and engage in legal actions on his behalf. The attachment specifically stated, “Conservator is authorized to employ legal counsel, and to commence, file and prosecute any claims, actions, suits, or other legal proceedings related to Conservatee’s employment and disability…”

The proceeding for placing Woodhouse in a conservatorship was somewhat expedited, and the section of the documents that provides a reason for this, hints at possible future actions, “Significant decisions need to be made and acted upon relating to proposed Conservatee’s employment and current disability and his rights and claims related thereto…”

Together these statements indicate a possible legal action over payment for medical treatment. CEO Angelo corroborated that she had heard a rumor about such an action, in an interview Monday.

According to the documents Woodhouse himself was notified on Nov. 16, 2016, through his social worker, that the procedure would be expedited. The document provided by Neary’s office goes on to say, “I do not know if Tom Woodhouse intends to oppose the application or not at this time.”

In the meantime behind-the-scenes political jostling for Woodhouse’s seat has begun in earnest, with some local politicians openly vying for the position, and rumors about who would succeed Woodhouse, in the event of his resignation, flying.

Our previous coverage of this situation can be found here.