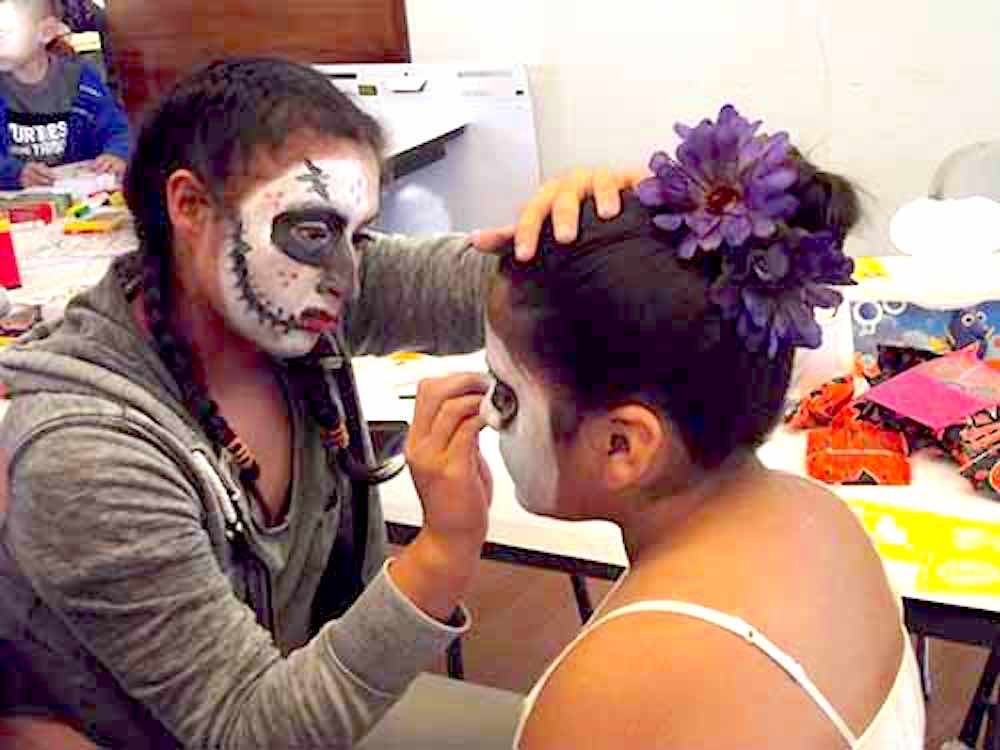 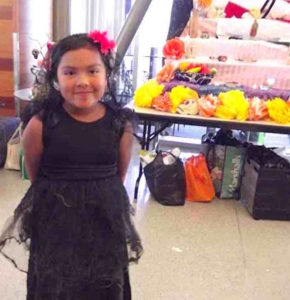 UKIAH — The Dia de los Muertos celebration in the Eagles Nest at Mendocino College on November 2 was a riotous display of bright paper flowers, candied skulls, and genial young people with faces half-painted in skeletal grins.

Altars were festooned with poems, flowers, and arrangements of food that resembled a still-life in honor of the dead. But the celebration was also a party for the living, with music by the Mariachi Cuarteto, plenty of food, and a benefit for souls not yet departed. 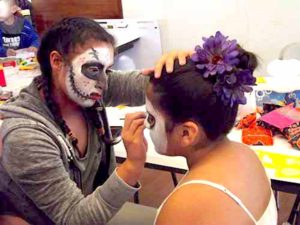 altar to the recently deceased Mexican singer Juan Gabriel to explain their motivations. Belén, of Mujeres Unidas de Willits, said the group of about 20 women was selling handmade crafts to raise money for worthy causes.

The women first got together when their children attended Plan Vacacional, a summer program put on by Nuestra Alianza de Willits, a non-profit organization dedicated to serving the local Latino community. They started making crafts and socializing, “to relax from the things you have to do every day,” explained Adriana, another member of the informal club.

They gradually began to sell what they made, and donate the money to things they care about. They held a yard sale to benefit the victims of the Middletown Fire. They raised money for a high school peer counseling program in Willits. And they were especially proud of the $4,000 they raised to help a local 11-year-old girl get a heart transplant at Stanford Medical Center.

Evidence of people taking an active interest in the existence of the living abounded. Project Sanctuary, a private non-profit organization devoted to assisting victims of domestic violence and sexual assault, had a table just outside the Eagles Nest, with brochures in English and Spanish and a bilingual representative.

Many altars were dedicated to deceased trailblazers like Martin Luther King and Frida Kahlo, the Mexican painter who translated suffering from injury, illness and childlessness into a complicated celebration of a difficult life. The Native American Club had an altar to water, inviting viewers to “drink something sacred.” This was simultaneously an homage to water and a cry against the Dakota Access pipeline.

Whether their faces were half-painted as skulls or not, people were honoring the dead and enjoying lively music, eating pastries with symbols of bones on them and decorating skulls made out of sugar with colorful designs.