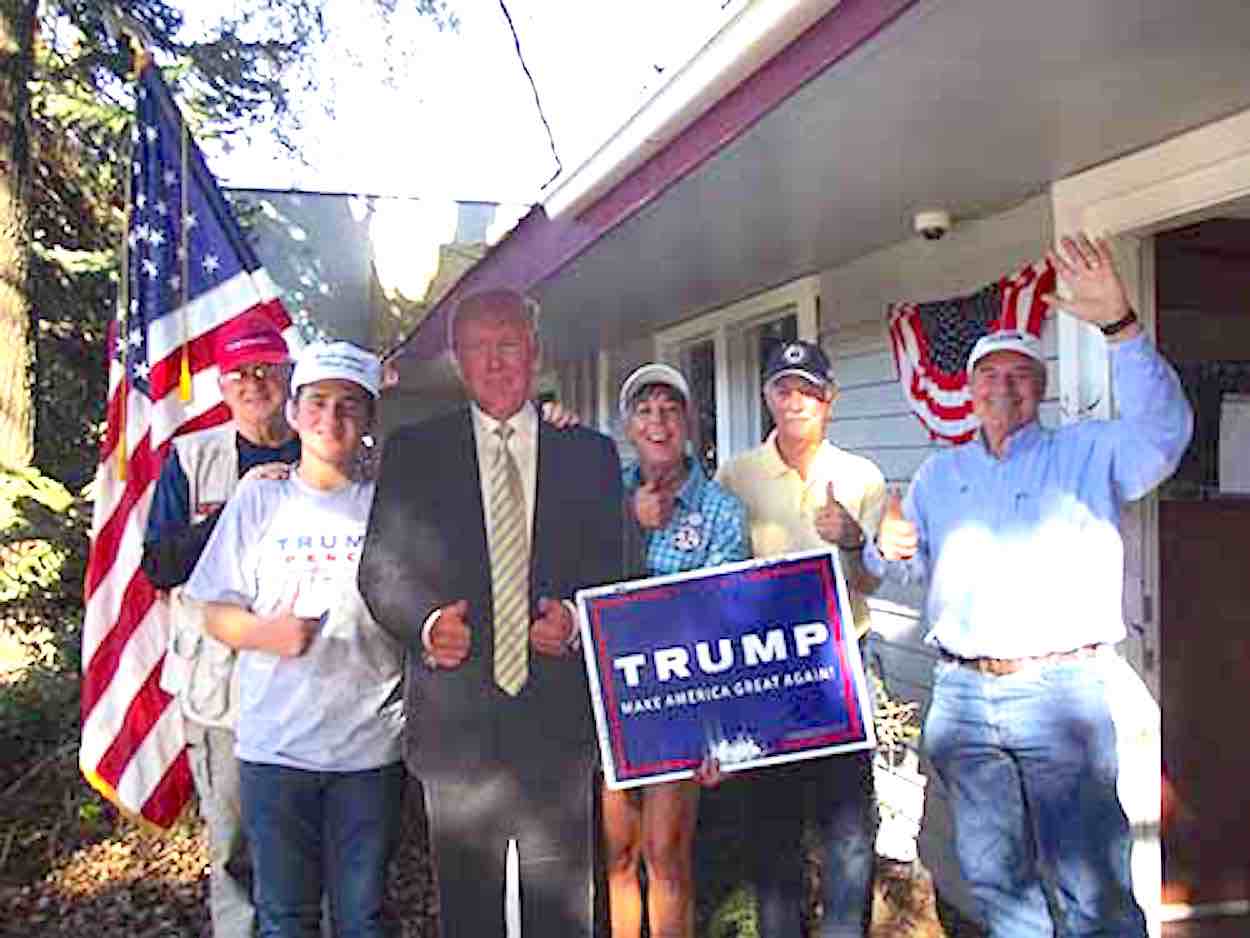 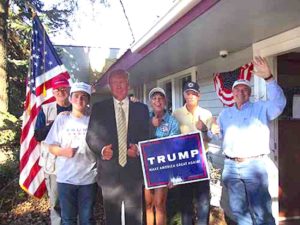 UKIAH — On November 8, The Mendocino Voice spoke to volunteers at the Trump campaign headquarters, the Democratic Club, and most of the polling places in town. We flipped a coin to determine which candidate’s supporters we’d write about first: tails Trump, heads Hillary, for the sake of alliteration only.

Early in the afternoon, volunteers at the Trump campaign Headquarters were ready to talk about the First Amendment. Volunteer Don Burgess, inventor of a personal propulsion device called the ThrustPac, said the point of the headquarters, at 461 North State Street in Ukiah, was to invite people to share their views. He also wished people would “stop with the harsh language” that has been endemic to the campaign season. He claimed the headquarters has been subject to 16 acts of vandalism, including the theft of signs, which can cost up to $250. People have also thrown bottles, splashed the building with red paint, daubed the word ‘rapist’ on a window, and smeared caulk on the windows and walls outside. He added that he would rather his preferred candidate did not use such harsh language himself, but that he believes Trump will do a better job at “cleaning up corruption.”

The headquarters was founded by 72-year-old Wayne McBride, a retired Captain in the Ukiah police department who is now a trainer and consultant with McBride Truth Verification Services. He said that 50 people have registered to vote at the Trump headquarters, including one fellow 72-year-old man who had never voted before.

The age span between volunteers is significant. Fifteen-year-old volunteer Austin Nevill said he started a Trump club at Ukiah High School, which he believed the principal was “on the verge of disliking.” Nevill plans to continue exercising his freedom of speech after the election, by reconstituting the 13-member group as a conservative students club.

The volunteers will be watching the results from the election come in at Slam Dunk Pizza, 720 North State Street in Ukiah. “The only change that will take place is if change takes place,” McBride stated.