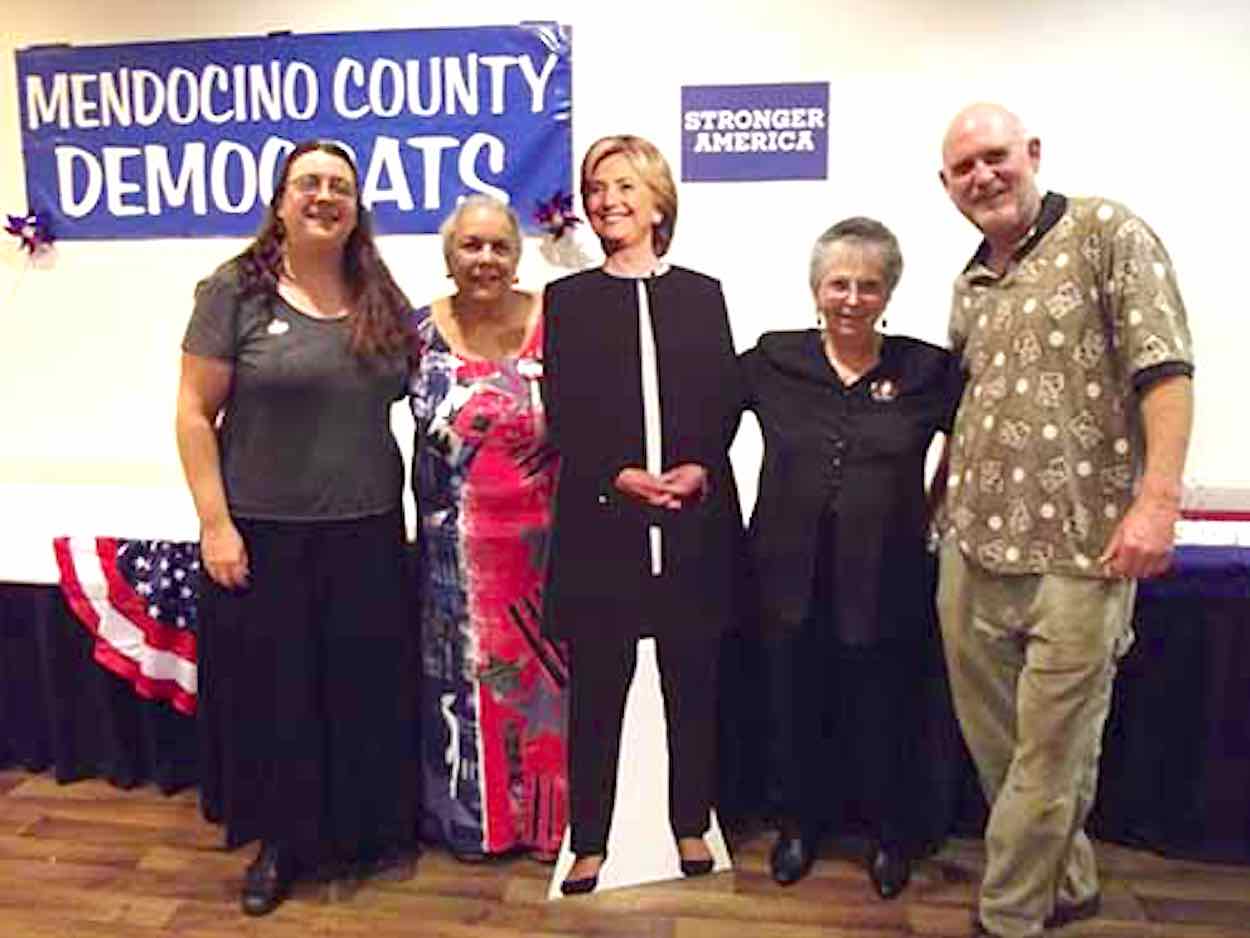 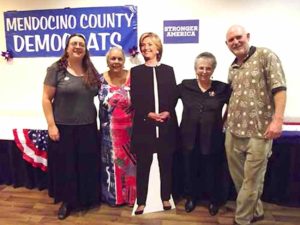 UKIAH — “My momma really did wear combat boots,” said 43-year-old Tamar Kaye, a former “Berner” who is now a conditional Hillary Clinton supporter. Kaye’s mother was a Marine, which explains her footwear, and Kaye was known as a “militant hippie” in high school.

This goes some way towards explaining the sternness of Kaye’s resolve to “fight the good fight” for peace. “We’re done with war,” she explained, indicating a less-than-starry-eyed adoration of the often-hawkish Clinton.

So, while tonight marks the finale of a years’-long campaign battle, the Mendocino County Democrats plan to take over a large room at the Conference Center in Ukiah and strike up a tune with the Raging Grannies, a group of mature female musical activists who show up and make fun of political hypocrisy wherever they can. Lalo’s Taco Truck will provide refreshments, as part of the prolonged backlash to the warning about “taco trucks on every corner,” delivered by Latinos for Trump founder Marco Gutierrez.

The point of the party is, supposedly, to watch the election results come in. At around 3:30pm, hours before the party started, results were already starting to appear. “I was optimistic until Kentucky went for Trump,” commented Kaye’s fellow Democrat Irma Turner. Ellen Weed, who directs and produces a local monologue series, consoled her, saying, “it will turn out the way we want.”

“People want a savior,” Kaye mused, of voters whose support for a candidate is unconditional. “But no one is going to save anyone.” If the night ends with a President Clinton, she promised, “now the hard work starts.”