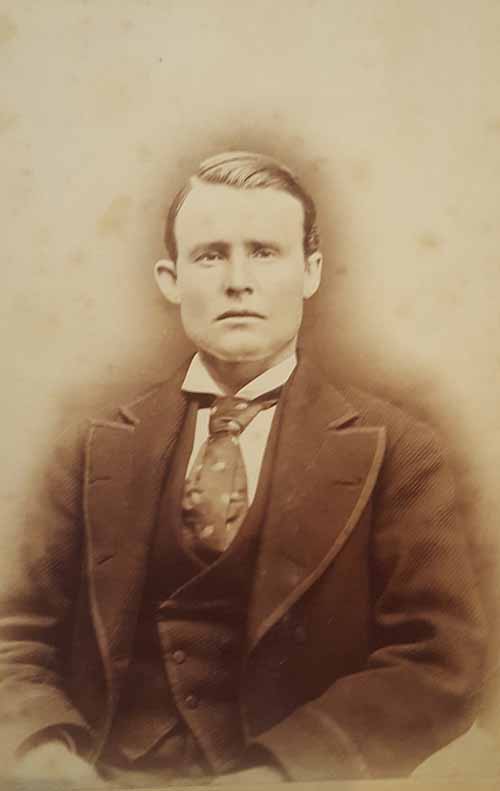 Augustus Heeser a founder of the Mendocino Discount Bank, in 1870 - courtesy of the historical society

UKIAH — So far, Paul Poulos has spent the entire 21st century building an archive. Poulos has been the director of the Mendocino County Historical Society for about 16 years, which is when he took over the project of planning a building to house the precious things at the Held-Poage Research Library at 603 W. 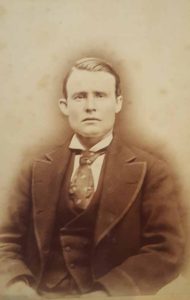 Augustus Heeser a founder of the Mendocino Discount Bank, in 1870 – courtesy of the historical society

Perkins Street in Ukiah. Now, construction of the building is complete and Poulos is waiting on final approval from the city before the old records can settle into their respective rooms and be more accessible to local historians.

Currently, many of the records are stored in a former tack room next to the carriage house. “This is the problem” that the new archive building will solve, Poulos said, gesturing at the stacks of large volumes. Because they are stacked on top of each other, rather than standing upright on a shelf, the volumes are getting compressed and misshapen.

Augustus Heeser a founder of the Mendocino Discount Bank, in 1870 - courtesy of the historical society 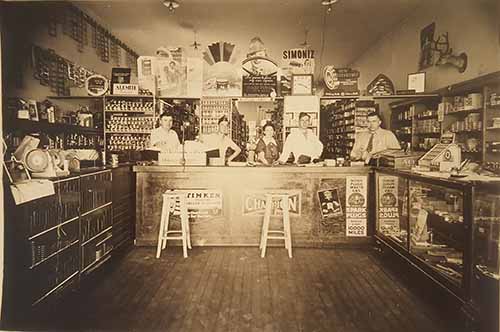 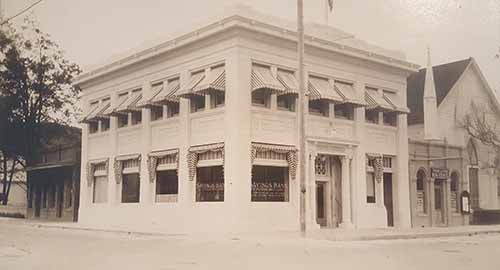 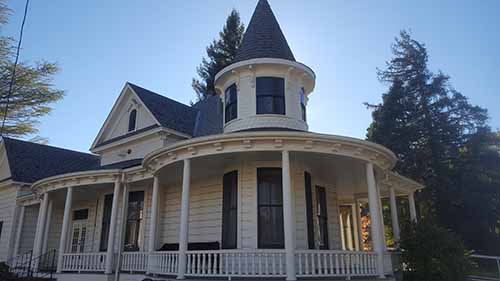 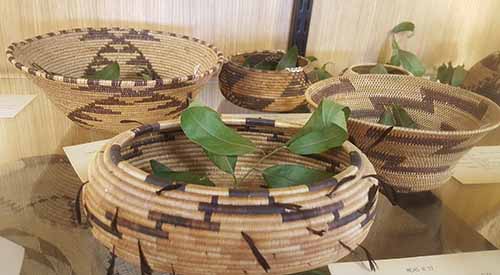 A set of pomo baskets likely woven in the 1930s. 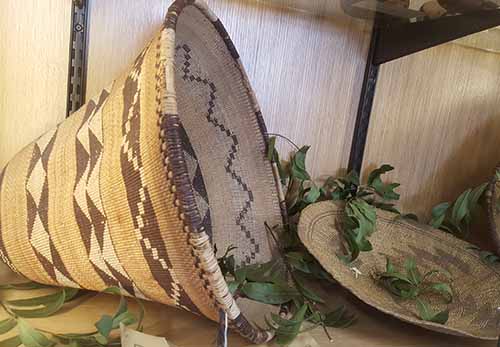 A pomo basket woven in the early 20th century. 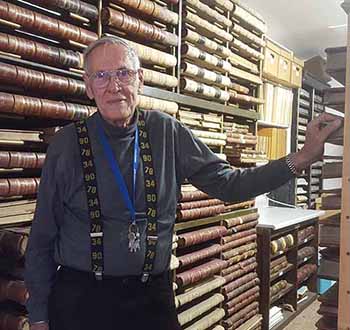 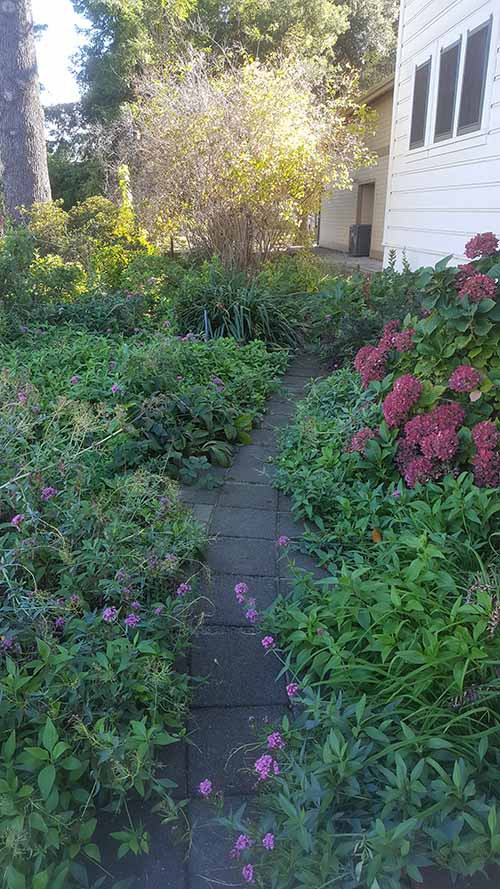 The garden path up to the historical society. 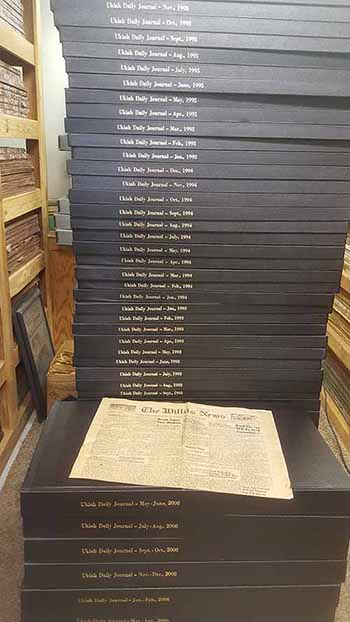 Each of the books, about three feet tall and two feet wide, contains a one-year record of the newspapers in the county, dating back to the mid-19th century. County records, maintained in meticulous handwriting, are similarly stored. When researchers request a particular book, Poulos lamented, “they always want one on the bottom of the middle stack.” When the shelves are assembled in the newspaper room, these volumes will stand up next to one another, as is proper archival practice.

The 3,500 square foot building has a dedicated room upstairs for agricultural records, another upstairs chamber for the records of other industries, and a large room downstairs for research and study. Another downstairs room will be reserved for newspapers. A safe room, also downstairs, is a small annex off the future office, where hundreds of negatives, some of them on panes of glass, are kept secure. The safe room does not contain safes, but is safer from fires than any other room in the building. However, because part of that safety protocol involves sprinklers, the archive’s treasures are kept in cabinets that Poulos hopes will protect them from both water and fire.

Not all the records are written. A large cabinet contains Pomo baskets donated by the Hoffman family. Where possible, the work is attributed to the artist. Many of the baskets in this collection were made in 1934 by a weaver named Lucy Cooper. They range in size from a tiny piece that looks like it could contain a single walnut, to a burden basket large enough for several medium-sized pumpkins.

Everything in the building has a story, Poulos explained, as he moved up the stairs. For example, each step in the staircase bears the name of a donor. The step with the name John Simpson Ross I, II and III is at the top because the men were ministers and a family member reasoned that, as such, they should be closest to God.

Many of the archives have yet to be unpacked. Poulos indicated ten bankers’ boxes of records that were donated by the family of Estle Beard, a historian in Redwood Valley. More boxes contain the writings of Edith van Allen Murphy, a botanist who wrote books on medicinal and edible native plants. Others are full of facts about local churches.

“There is so much material to protect,” Poulos reflected.

One thought on “Ukiah Historical Archive Building Done at Last”