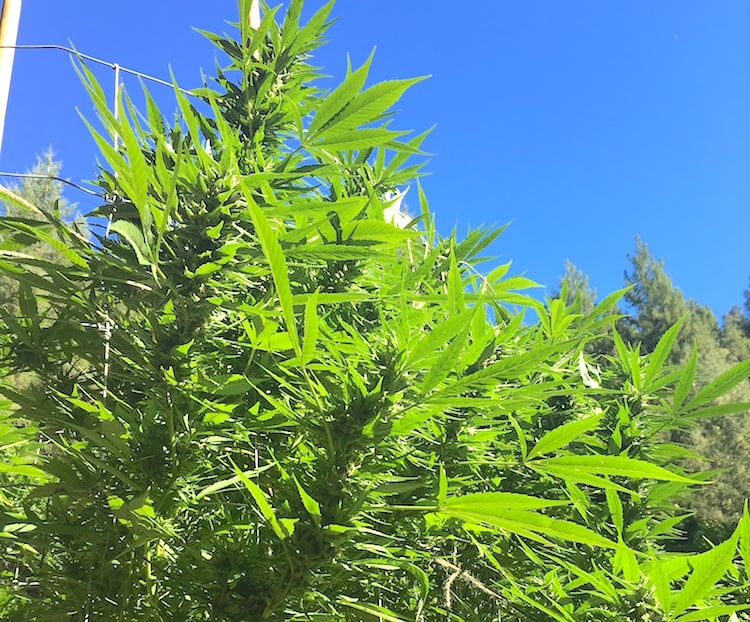 LAYTONVILLE — Sheriff’s inspectors made some surprise visits to cannabis growers enrolled in the 9.31 program on Friday, September 30, as they begin to wrap up their first round of initial inspections. Undersheriff Randy Johnson, who leads the program, said in an interview that inspectors would continue to make such visits through the season, and farmers should prepare for evolving cannabis regulations in the future. Explained Johnson, “It’s going to take a lot of work, it’s an education process for the next couple years…Farmers are going to have to realize it’s not going to be so smooth. They need to know that if they over-communicate, it will go more smoothly.” 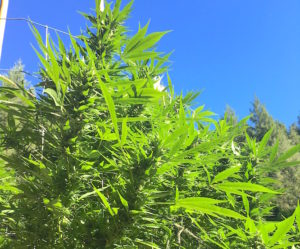 Although unannounced visits are allowed under the program, some prominent cannabis cultivators, including Tim Blake, expressed frustration, saying they had an expectation of advance scheduling from the Sheriff’s Office when the 9.31 program was updated this spring. No one has been removed from the program for 9.31 violations, but several farmers have been removed as a consequence of raids stemming from investigations begun before their enrollment. Also, one previously approved third-party-certifier has been suspended for the year.

Johnson said that inspectors would be continuing to make unscheduled visits, and that the process of farmers becoming compliant would include evolving regulations as well as working with different agencies. He gave several reasons for the unscheduled visits including: inspectors just being in the area, complaints from neighbor, and “clearing up a rumor,” but added that for the most part the visits were random. Johnson elaborated by saying his department “hears rumors every day” about potentially unauthorized activity.

The Mendocino 9.31 program allows enrolled cannabis farmers to grow more than 25 plants after receiving Sheriff’s Office approval and purchasing zip-ties. The program was revised this year to include cannabis gardens of up to 99 plants or 9,900 square feet in cultivation, but regardless of future regulations, next year cultivators will be working with the County’s Agriculture Department. Applicants to the 9.31 program were required to comply with certain garden site requirements and provide cultivation paperwork with a $1,500 fee and zip-tie purchases. Participation also means farmers must undergo an initial compliance inspection from MCSO, and then undergo follow-up inspections from approved third party certifiers.

The 9.31 program enrolled 342 applicants this year, even though the deadline was abruptly moved forward due to lawsuit settlement with the Mendocino Blacktail Deer Association. Initial inspections began in July. Though the Sheriff’s Office hired two inspectors, on October 4 Johnson said there were “a handful” still waiting for their first inspection, adding they’d been doing inspection daily.

“We’ll be doing random inspections later,” he said, adding they might continue through the growing season. “It’s not that they’ve done anything wrong. We’re just doing our job to protect the integrity of the program.” He noted he’d told third party inspectors and permittees that such visits could occur. “If the goal is to be in compliance, it shouldn’t matter if we just showed up.” This summer, at a June 2 meeting at the Willits Community Center, Johnson emphasized to the packed room that regulatory compliance would not be difficult, given that inspectors would be scheduling checks in advance.

Casey O’Neill, acting board chair of the California Growers Association and a 9.31 enrollee, said his understanding when the program was set up was that people would be given 24 hour notice, if for no other reason than to make sure that dogs had been tied up.

“It’s a little frustrating that people who were told specifically that there would not be surprise inspections, are now dealing with surprise inspections,” said O’Neill. He generally indicated a sense of frustration on behalf of those cannabis growers who have made the effort to come into the light and be regulated.

Healing Harvest Farms near Laytonville was one of the farms that received a visit. Owner Tim Blake, founder of the Emerald Cup and a previous enrollee in the earlier 9.31 program, said an inspector showed up at his gate mid-morning while he was away, and quickly escalated to threatening to cut down his crop. With Blake absent, the inspector was greeted by employee Bishma Young, who said the inspector walked past him and began taking pictures.

Young stated that when the inspector arrived at Healing Harvest he requested all of the “215” recommendations for employees, combination locks, and said he would have pulled out the plants if he wasn’t “on his way to raid someone else.” Blake told The Mendocino Voice that at his initial inspection, he had lacked a certain certification for one of his ponds, but thought the issue had been resolved.

“I thought [my third party certifier] had sent in the paperwork,” said Blake. “I made a mistake, but we had no notice before they came in and started getting intense.” He also acknowledged he had not visibly posted all of the “215” recommendations for his employees, but pointed to the different approaches between law enforcement officers and civilian inspectors, and the double standard between cannabis and other crops. “Do you think the agricultural department would go into a vineyard and ask to see the paperwork for all the workers?”

Several farmers indicated that inspectors were specifically  seeking paperwork for cannabis farm employees, in part since it is now harvest time. Johnson said program applicants must have their recommendations on file with the Sheriff’s office but denied the random visits were motivated by requests for worker paperwork. “We know there are a lot of temporary seasonal workers, we ask to have them to have [the “215” recommendations] on file at the location,” he said, adding workers must be 21 years of age, “We don’t want to see them, we just want to know that it’s there.”

Blake said he wished he’d received prior notice so he could have been available to answer questions when the inspector arrived, and noted that the rules of the program “had evolved quickly,” since the new regulations were first approved. He expressed concern about how quickly the inspector had “stepped it up to a different level” in threatening to destroy his zip-tie approved plants.

The Voice also spoke with another cultivator who received an unannounced visit, with a request for paperwork he had initially submitted with his application, and for paperwork for any workers that might be on the property. That cultivator also said he was able to confirm with both his third party certifier, and subsequently with the Sheriff’s office, that he had indeed submitted most of the paperwork except a current copy of his own “215 recommendation.”

Johnson said that so far, “nobody was caught doing anything naughty,” and that the unannounced visits would be largely random. “Maybe we need to clear up a rumor someone said — it’s our obligation to check it out,” he added, noting that said “rumors” could be based on neighbor complaints or any other information received. Importantly, at the June meeting Johnson said that a clear separation would exist between the sheriff’s normal enforcement activity and the 9.31 inspection operation. However, Johnson also said he would provide a list of enrollees to the officers conducting enforcement.

When asked whether he had requested that anyone leave the program, Johnson stated that he had not, but that some people had left after raids that Johnson said he was not involved in planning or executing. According to Johnson, some investigations into farmers were begun before their enrollment, and they were subsequently raided. He was adamant that he had no knowledge of these operations. He elaborated, “A lot of times I learned about it after the raid happened,” he said, adding that ongoing operations “don’t happen overnight.”

Johnson also confirmed that one of the approved third party certifiers, The McEdwards Group, had lost their certification for the remainder of the season, but would not comment on the cause.

Johnson emphasized that “If people have a question, they need to call us,” emphasizing that future regulatory programs are likely to be increasingly burdensome, despite uncertainty around the county’s future rules. “We’re trying to trying to ease people into it, a lot of people are still working on it,” he added. Johnson also noted his inspectors had made allowances over the season to encourage long-term compliance by allowing enrollees some flexibility on when they fulfilled all the requirements.