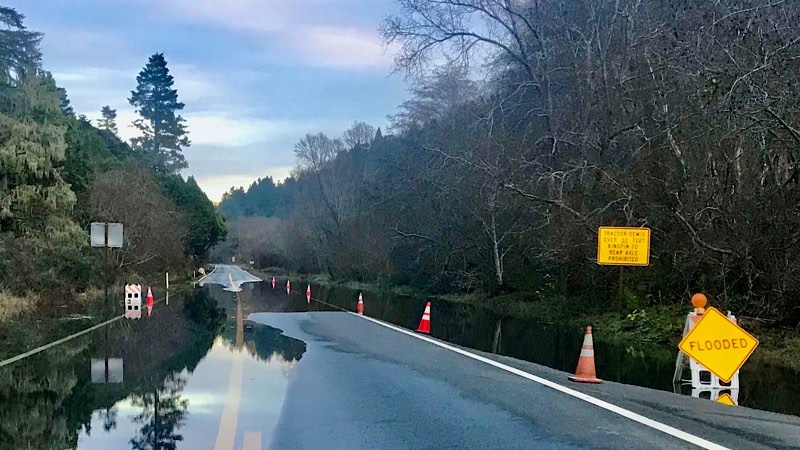 ORIGINAL
UKIAH, 1/5/21 — The seasonal flooding of the Navarro River has once again closed SR-128, between SR-1 and Flynn Creek Rd., or roughly just west of the town of Navarro.

The river floods most years as a result of a sandbar that forms at the mouth. Until that sandbar is breached, water backs up, until it spills onto the very low highway that runs roughly parallel to the river for the final several miles before both the road and the river meet the Pacific.

Typically such floods last over a day. In the meantime coast residents are forced to take “the long way” adding many miles and sometimes a couple hours to their journeys.

Here is the press release from the California Highway Patrol: