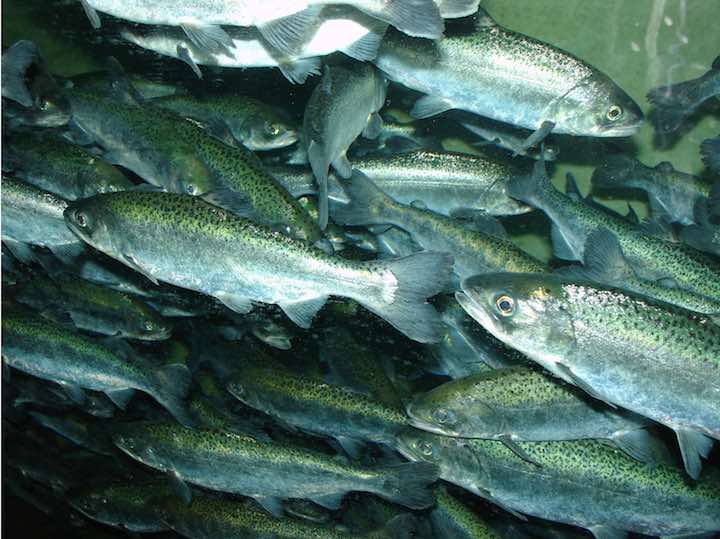 MENDOCINO Co., 5/8/17 — North Coast State Senator Mike McGuire and Assemblyman Jim Wood called for a statewide declaration of a “Salmon Fishery Disaster” last week in response to predictions estimating the lowest runs in history for California’s salmon fishery. In a joint letter to Governor Jerry Brown, McGuire and Wood called for California to request federal funding and declare a federal fisheries disaster, to support salmon industry workers. If approved said funding would come from the federal Department of Commerce.

The California salmon fishery experienced significant declines over the last decade, with record low numbers of adult and juvenile salmon counted during the 2014 and 2015 seasons. The salmon population this year is expected to be not much more than a third of 2012 levels, impacting thousands of people who depend on salmon for their livelihoods. Due to the population crisis, in 2017 the salmon fishing season has been greatly reduced. There will be no commercial or recreational fishing season in the Klamath Management Zone, and the Klamath and Trinity River recreational salmon fisheries will also be closed. Tribal salmon allotments are at an all-time low of less than one fish per ten tribal members, and there will be no commercial tribal fishery this year.

The crisis is compounded by the drought, poor ocean conditions, and “federal water management policies,” according to a statement from McGuire’s office. He points out that many California fisherman recently suffered through a poor crabbing season. “Golden State salmon fishermen, many of whom also experienced unprecedented hardship during the crab season disaster in 2015-16, are now faced with the reality that the 2017 salmon season is projected to be one of the worst in state history due to deplorable environmental conditions,” he states in the release.

Calling for the Governor to support local fisherman, Wood states, “Drought, disease, and stream diversions have decimated the north coast salmon population. The hard working men and women who rely on these fish to support their families have been put in a terrible situation through no fault of their own.”

According to the letter, commercial fleet landings have dropped 89% between 2004 and 2016, and the California salmon industry is expecting its worst year in more than a decade. Both McGuire and Wood note the state’s salmon fishery is not only an economic driver along the North Coast, but also of great historic and cultural significance.

You can read the full letter here.