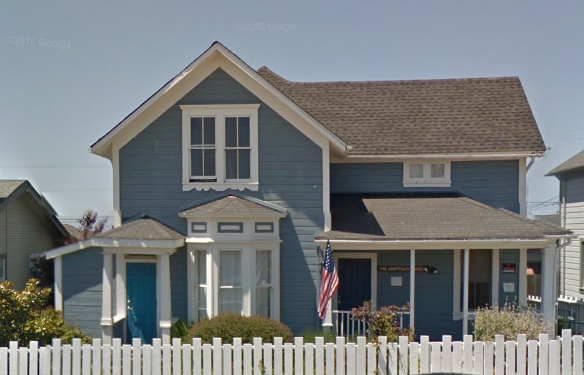 MENDOCINO Co., 2/28/2017 — The Mendocino Coast Hospitality Center, in Fort Bragg, has received a substantial donation from an anonymous benefactor that will enable it to keep the extreme weather shelter open.

The Hospitality Center sent out a distress call on Friday, February 24, saying the extreme weather homeless shelter it maintains was in danger of closing in the next few days due to a lack of funds. A GoFundMe account with a goal of $15,000 went up the next day.

By Saturday, the shelter had received an anonymous donation, that according to an announcement on the GoFundMe page was $10,000. However, Paul Davis, the operations manager at the Hospitality Center, said that he was not at liberty to divulge the exact amount, though adding that “pretty close to the goal,” and saying that the difference between what the organization received and the $15,000 goal was about $3,000. The GoFundMe account showed that $2,345 had been raised by Tuesday evening. Though the page acknowledge that $10,000 lump donation, for some reason it was not counted in the total. It is unclear why this is.

Lynelle Johnson, president of the Hospitality Center board of directors, said she was pleased about the community “Coming to the rescue of the shelter,” which houses between 10 and 25 clients on nights that are especially cold or wet. She said it is difficult to calculate exactly how much money will be required to keep the shelter available on rough nights between now and the end of the season on April 15, since there is no way of knowing how many inclement nights or how many clients there will be during that time frame. She said the cost for one staff member to supervise fewer than 12 clients is roughly $410 to $425 a night. However, staff requirements are doubled if more than 12 clients use the service. Staff is on duty from 4pm to 7am on nights when the shelter operates out of a local faith-based organization. Six churches in Fort Bragg and the Jewish Community in Caspar take turns hosting the shelter, rotating on a weekly basis.