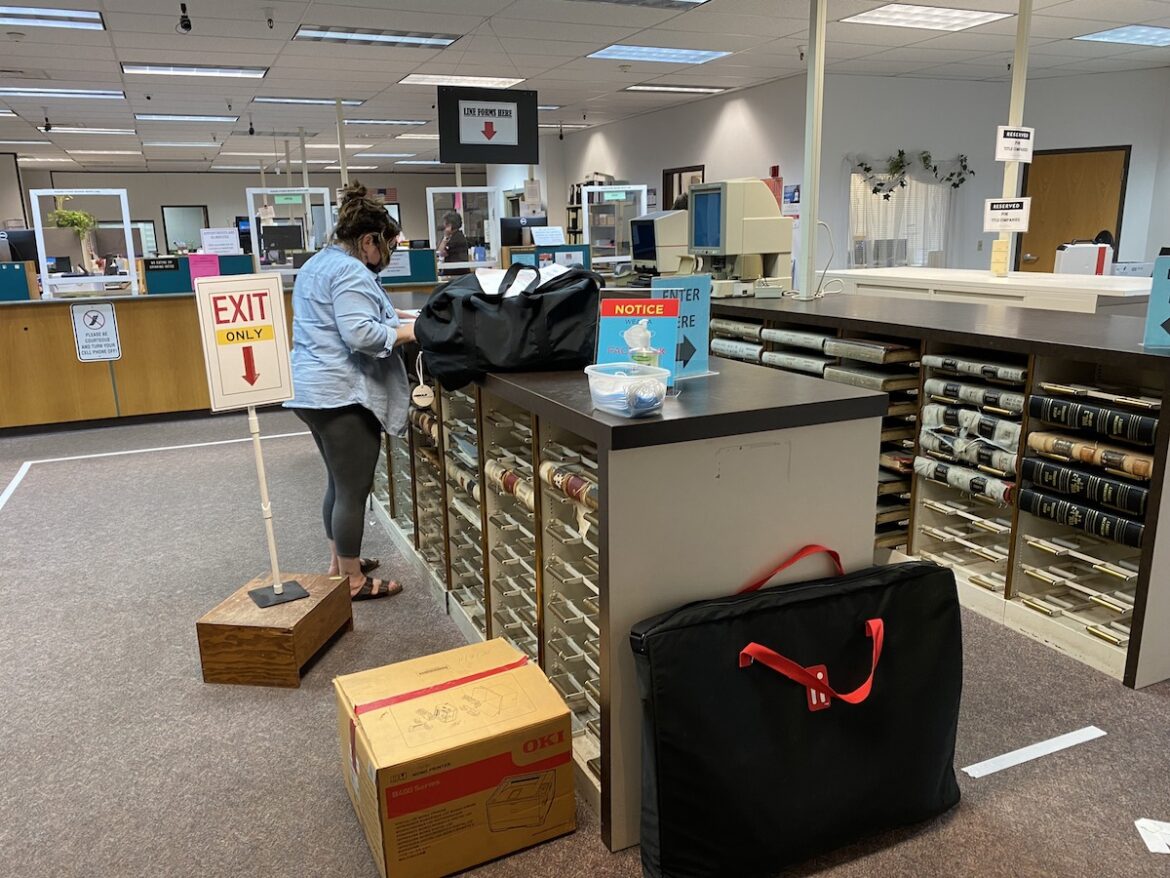 UPDATE: 11:30 p.m. — Statewide results so far have shown a big enough margin against that recall this evening that many national outlets have declared that Gov. Newsom will remain in office, a sentiment he echoed in a brief appearance this evening, followed by a tweet noting “Now, let’s get back to work.” Locally, Registrar Katrina Bartolomie has been processing votes that have already been received by mail, and will continue to release updates on local results this evening until all the ballots from polling stations have been received (check them out here). Mail-in ballots will be continued to be received and counted for the next seven days, and then the county has 30 days to certify the results, although Bartolomie doesn’t expect it to take that long.

In Mendocino County, with 18,447 ballots processed so far, Newsom has more than double the number of votes than those in support of the recall, with 12,905 against the recall and 5,542 in favor, totally 33.87% of registered voters. The top two candidates as replacements with the most local votes were Larry Elder with 3,384 votes and John Cox with 664 votes.

At the county administration building on Low Gap Road, elections workers have been receiving ballots as they come in from various polling stations beginning with unlocking and emptying the drop-off box outside the located in the traffic circle just past 8 p.m. Typically, the process can last until after 1 a.m., to allow enough time for ballots from the south coast or Comptche to arrive.

Inside the building, Bartolomie and others were coordinating as well as answering the phones, which she said had been ringing non-stop since the ballots went out, helping voters navigate this unique recall process and ensure their ballots had been received and signed. This year, Mendocino County has a ballot-on-demand machine to facilitate better printing efficiency, and staff have already undertaken at least one election with Covid-19 protocols alongside mail-in voting.

UPDATE: 8:30 p.m. — Preliminary results from the Mendocino County Office of Elections show Governor Gavin Newsom leading in the recall election by roughly 40 points, with 5,542 votes (30.4%) for ousting him from office and 12,905 votes (69.96%) against. Results from the California Secretary of State show a similar spread, with 1,949,038 votes (30.7%) for recalling Newsom and 4,398,524 votes (69.3%) against. These results will be updated throughout the night as additional information becomes available.

MENDOCINO Co., 9/14/21 — The fate of Gov. Gavin Newsom’s political career is on the line this evening as voters throughout the Golden State weigh in on his response to the Covid-19 pandemic. Here in Mendocino County Registrar of Voters Katrina Bartolomie, who also serves as county clerk and assessor, estimated late this morning that roughly 50 percent of the ballots mailed out Aug. 16 had been returned by voters early — but there’s still time to turn them in by hand, or even mail them in, and have your vote counted.

“The ballots have to be postmarked by today, and then they have seven days to get to us,” Bartolomie said. “If they’re received after seven days, they’re late and we don’t count them, by law.”

There have also been ballot drop boxes set up at the following locations:

Voters can also vote in person at the county elections office or at any of roughly polling places open county-wide, but bring your mail in ballot — as anyone who lost theirs will have to settle for voting on a provisional ballot. The polls close at 8 p.m. and initial results are expected shortly after that — and we’ll update you here as the results come in. As election night continues, Bartolomie’s office plans to update their results about once every two hours. After that, the county has 30 days to do the “final canvass” and certify the results of the recall.

For a look at the different possible ways the recall could turn out, we recommend this CalMatters article on “Three ways the California recall could go.”