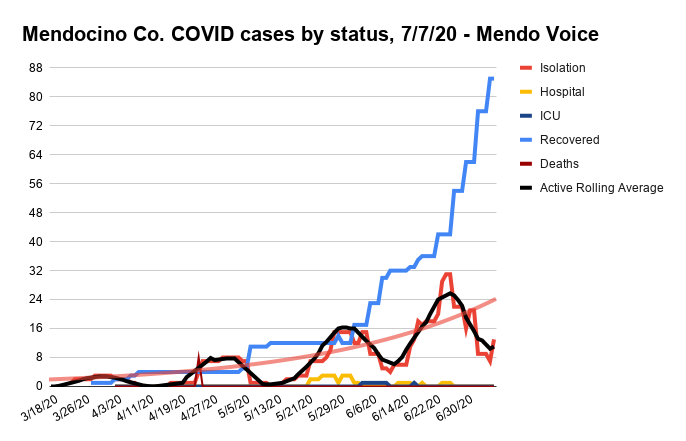 1 2|Next Page|View As Single Page

Now with many graphs illustrating the progression of the pandemic.

The school bond measures passed with the exception of Willits Unified's, and the Coast measure as well as the new TOT tax passed.