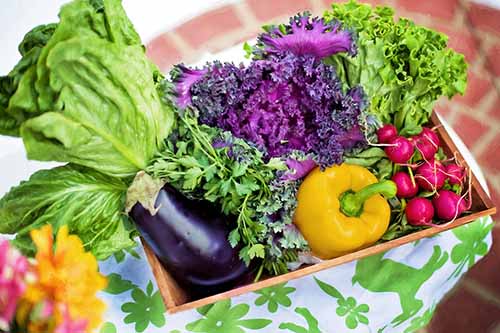 WILLITS, 4/28/2017 — A couple of local non-profits are set to start teaching teens how to cook organic meals for cancer patients and their families, starting in June. The Caring Kitchens Project, the result of a partnership between North Coast Opportunities and the Cancer Resource Center of Mendocino County, is a blend of growing organic food, cooking it, and distributing it to patients who need it the most.

Tarney Sheldon, a program director at NCO, explained that Caring Kitchens is an affiliate of the Ceres Community Project, which was founded in Sonoma County in 2007 by Cathryn Couch, a founding board member of Meals on Wheels, California. Sheldon plans to use the training and recipes from Ceres, plus a few ideas from other NCO gardening projects, to promote a variety of healthy food habits for clients of the Cancer Resource Center and their families.

The project is funded partly by the Ukiah Valley Medical Center, and partly by a $10,000 grant from the County of Mendocino to fund nutrition education and promote healthy habits to prevent illness. By June, Sheldon plans to put adult volunteers to work in a small commercial kitchen tucked in between Adam’s restaurant and Shaughnessy Pub in Willits. There, they will test the recipes created by the dietician at Ceres. By the end of June or early July, the teenaged cooks are scheduled to come into the kitchen to learn how to prepare the meals. If all goes according to plan, by August, the Cancer Resource Center in Ukiah will have identified a few families in the inland area of the county with a family member who is undergoing cancer treatment. The kitchen is large enough for six teens and two adults at a time, but Sheldon believes that teams can rotate, if the project expands. She plans to have the cooks in the kitchen three days a week. Four or five meals per family would be distributed on Thursdays. Sheldon said she intends to distribute “as many as we can, but we’re starting small.” The project is fully funded through the end of September.

The project has a component for gardeners as well as cooks. In a campaign called “Grow a Row,” gardeners are encouraged to produce extra vegetables to donate to the project. Sheldon said that April Cunningham, an NCO food prep coordinator, plans to use ideas from a former NCO project called Healthy Harvest to come up with creative ways to preserve the extra produce so it can be used in the winter. “I foresee a ton of zucchini and tomatoes,” Sheldon predicted, but ventured to hope for “maybe some extra basil,” as well.

Sheldon is scheduled to deliver an hour-long presentation about the project to the North County Women in Business Network on Wednesday, May 3, at the Willits Center for the Arts at 8:15am